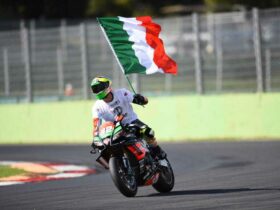 Bugs in the car, how to try to identify them and who to contact for professional remediation

If you thought that the bugs were devices belonging only to the distant world of Hollywood, you were wrong!

We are talking about tools that actually exist and can be purchased by anyone without any license request, starting from the jealous girlfriend to the competitors of your company.

What are car bugs and how are they used

Our car accompanies us every day on the move, and is an easy goal for all those who want to identify our geographical position or listen to our conversations.

There are many cases of companies and entrepreneurs who have been stolen private information through the use of car bugs, almost impossible to identify.

On the other hand we are talking about objects measuring a few centimeters and they can be easily fixed on the car without anyone noticing.

Inspection with the naked eye is not enough to identify the bug, it is necessary to rely on professionals in the sector equipped with devices created specifically for the purpose.

But before turning to professionals specialized in bug remediation on voxinvestigazioni.it, let’s see where microphones and cameras are usually placed and what attempts we have available to identify them independently.

How to spot a hidden bug in your car

As mentioned above, bugs are very small devices, which do not require great imagination on the part of the spy to be hidden in the best possible way.

Generally when it comes to cars, all those small spaces that we rarely tend to clean or touch are used, such as the cracks in the dashboard or the rearview mirror.

Obviously this is a general datum, as a professional could also place his own bug inside a seat through a small invisible hole, or inside the glove compartment.

How can we identify these devices if they are hardly visible to the naked eye? We have two main avenues at our disposal, that of DIY, and the call of professionals in the sector such as Vox investigazioni.

If we want to try our hand at autonomous solutions, we can try to identify the bug using its electromagnetic field.

We just need to make a call inside our car, and listen to check for the presence of the classic interference sound, which you probably already know if you usually work with electronic devices.

The closer you get to the electromagnetic field, the more the interference sound will intensify allowing you to locate the bug. However, remember that many spying devices adopt latest generation technologies that are impossible to identify using this method.

The second way we have available, by far the best from our point of view, is to rely on a detective agency that also specializes in cleaning up environments from spying devices.

Remediation of environments from spying devices, what is it and who to contact?

The remediation of environments from spying devices involves the use of devices capable of detecting bugs within a certain space, and then manually removing the bug trying to trace the person who installed it inside our car.

It is about a very delicate and complex operation, which can only be carried out by specialized agencies in the sector, such as vox investigazioni. It is highly not recommended to try to carry out the remediation independently, through the purchase of detectors from the internet.

First of all because we will most likely buy a low-quality device whose characteristics we don’t even know how to decipher, given the lack of skills related to the world of espionage.

As if this were not enough, precise procedures must be followed in order to identify the camera or microphone that has been hiding inside our car for months, it is not enough to simply turn on the detector and get behind the wheel.