Now TV is a streaming service owned by Sky that debuted in Italy in 2014 with the name of Sky Online, then renewed at European level with the name of Now TV in 2016. We have selected for you the best TV series to watch on Now TV!

Before starting it is right to point out that the numbering of the best TV series to watch on Now TV it’s random, so it’s not a ranking. All the series on the list are valid and differentiated by genre, in this way each viewer will be able to search for the TV series to watch based on personal tastes. However, the advice is to give each title a chance described and not to be influenced too much by hasty evaluations, you will see that you will be satisfied!

Let’s find out together what the best tv series to watch on Now TV. The platform allows you to range between different genres, through highly successful television series, without giving up the most compelling cult series, offering always new titles. In the month that has just begun there will be so much to see in front of our screens, whether they are computers or smartphones!

We invite you to report us through the comments which are in your opinion the best TV series on Now TV and why they hit you.

Devils – Diavoli tells the story of Massimo Ruggiero, a self-made man who works in high finance in the city of London together with his mentor Dominic Morgan. Intrigues are the order of the day, but sometimes they become something more serious.

The series can benefit from two male protagonists of level: Alessandro Borghi and Patrick Dempsey. The plot is intriguing, with links to the 2011 economic bubble. It may bewitch you. For an initial evaluation, we refer you to our article. 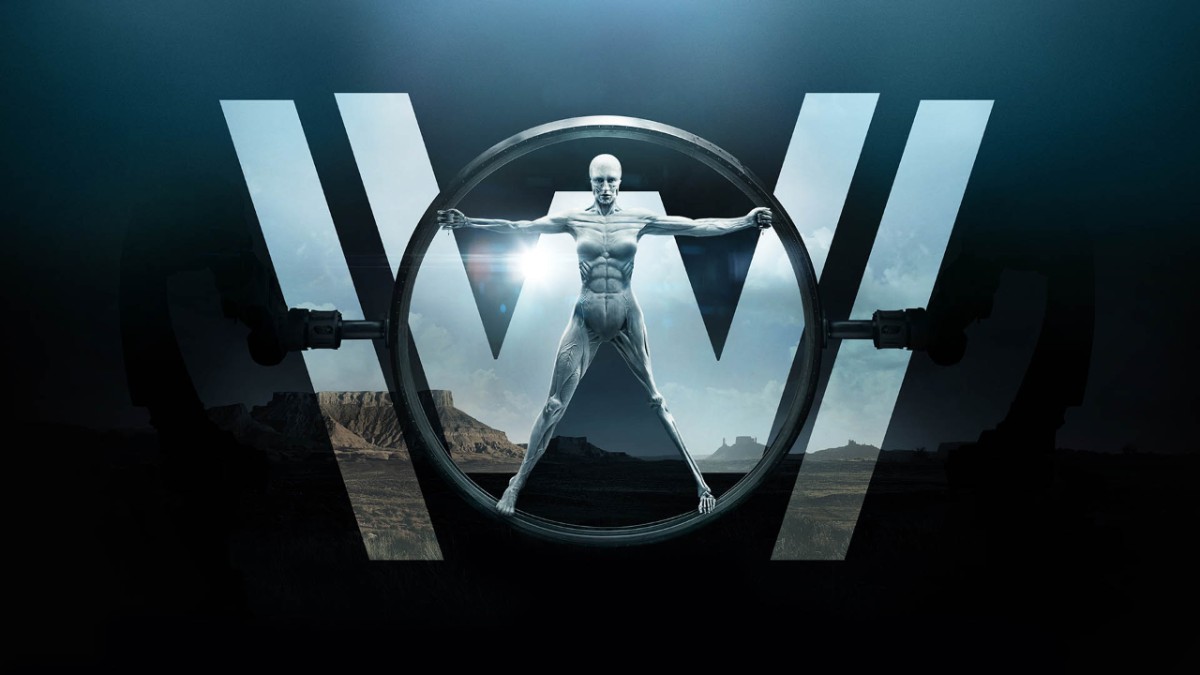 Westworld – Where All Is Allowed is an American sci-fi western television series created by Jonathan Nolan and Lisa Joy.

The setting is a huge amusement park (Westworld, in fact) set in the Old West that allows guests to satisfy the most illicit and violent fantasies using human-looking androids as victims.

Subtle critique of virtual reality, with philosophical elements not to be underestimated, Westworld has had a great impact on the television landscape. 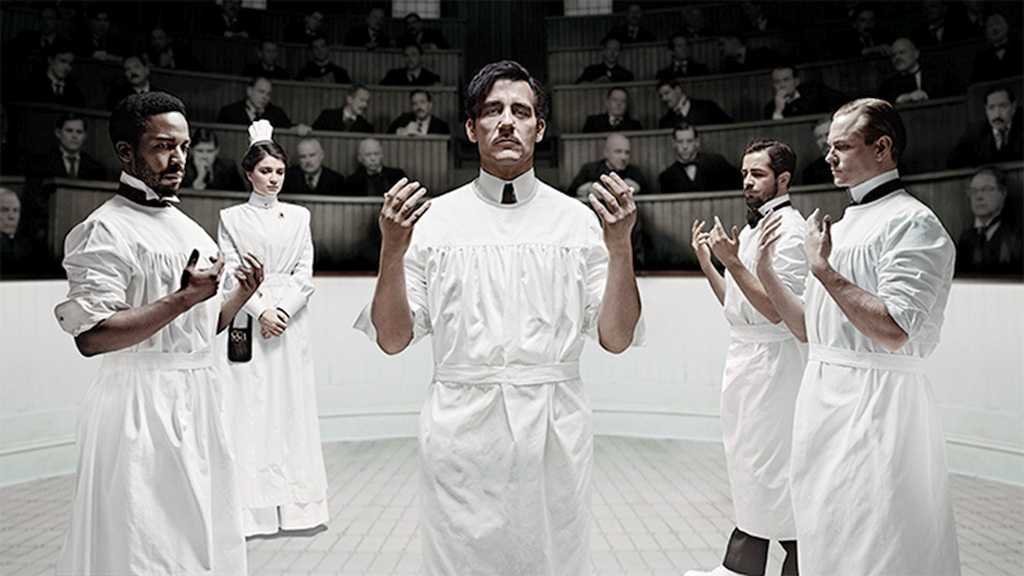 New York, 1900. At Knickerbocker Hospital we want to make the history of medicine at a time when the mortality rate is very high and antibiotics have not yet been discovered. Dr. John Thackery, a brilliant pioneer of surgery, devises new methods to save the lives of his patients, despite hiding a cocaine addiction. At his side work Dr. Everett Gallinger, his protege, the young Dr. Bertie Chickering Jr. and Dr. Algernon Edwards, a promise of surgery, not respected by colleagues and patients for racial reasons.

Relatively short project, conceived to start and finish in two seasons, The Knick benefits from the undoubted talent of Clive Owen to tell a almost unimaginable period, although sufficiently close in time, to which we all owe today’s well-being. Few subplots, this series with a dry style will win you over.

Jeff hosts a children’s television show playing the character of Mr. Pickles, a beacon of kindness and wisdom for the little ones. When his family begins to implode, the man discovers that no fairy tale can save him.

Jim Carrey, as good as ever, beyond the fourth wall, in a series in which comic and dramatic elements are intertwined. Recommended. 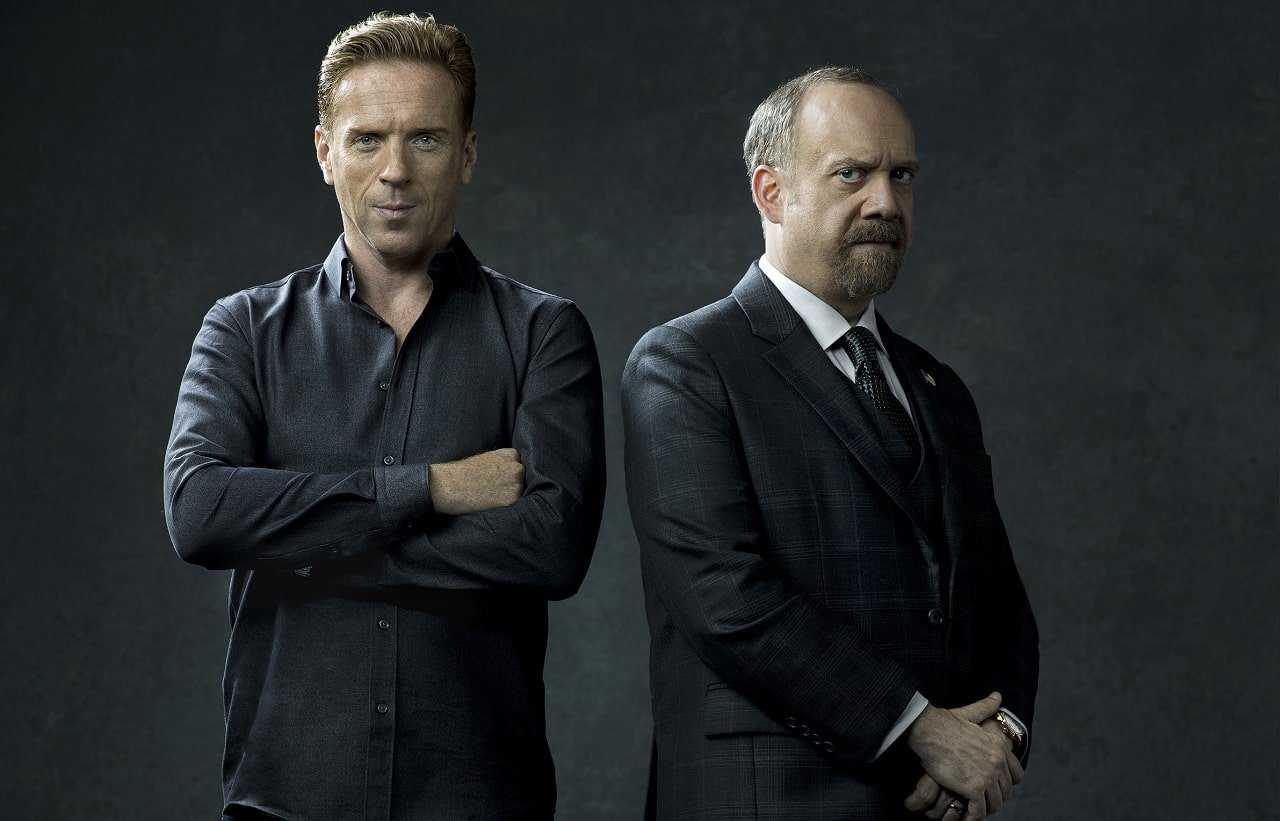 Chuck Rhoades is a combative and incorruptible district attorney. Over the course of his career, however, he comes across a case that will give him bread for his teeth: the ambitious broker Bobby Axelrod.

Interesting TV series about the power of six money, in and about society. Rich cast and a good script are elements of absolute value.

The Walking Dead is an American television series created by the director Frank Darabont and based on the comic of the same name written by Robert Kirkman.

The world as we know it no longer exists: the dead come back to life as ravenous zombies. Civil society, institutions and laws are only a distant memory. The survivors are forced to live hidden from the undead and to fear other people who, pushed by the new course, could rob them of everything and kill them.

The Walking Dead has enjoyed mixed success over the years. The first seasons were acclaimed, then there were years in which the series had lost its shine, but it has been able to recover and return to its original splendor. The strengths of The Walking Dead are the enormous moral dilemmas that the survivors have to face: will the characters be able to keep humanity in a world now inhuman? Our advice is to give this ten-year series a chance.

True Detective is a detective series conceived and partly scripted by Nic Pizzolatto. The series was created to be an anthological work: each season is in fact designed to be self-contained both in terms of story and characters. The common thread of all three seasons are however nihilistic themes and in general an extremely negative vision of life.

The first season is set in Louisiana and features protagonists Matthew McConaughey and Woody Harrelson. The second season moves instead to California and is played by Colin Farrell, Rachel McAdams and Vince Vaughn. The third season, of which you can find our complete review here, instead sees the protagonist Mahershala Ali. The first and third seasons received an excellent reception from audiences and critics while the second had marked a partial setback.

Warrior is an action series based on the martial arts, taken from a story written directly by Bruce Lee. The series is set in San Francisco during the 1800s and stars the young Ah Sahm. The boy, recently arrived in the city and looking for his sister, will be immediately hired by one of the criminal families, due to his innate talent in martial arts and will be embroiled in the bloody fights between the local Chinatown gangs.

Warrior does of the spectacularity of the fighting one of its strengths. If you are looking for a great action series you have found it.

The April 26, 1986 in the Soviet Union at about 01:23 what was considered impossible happens, reactor 4 of the Vladimir I. Lenin nuclear power plant explodes. A cloud of radioactive material escapes from the nuclear power plant and falls nearby. Over 300,000 people are evacuated due to a strong presence of radiation, around the central fauna and flora are irretrievably contaminated, the nearby city of Pripyat will become a ghost town.

What you have read above are the sad facts that history has handed down to us and that the HBO docu-series Chernobyl brings us back in great detail. Exciting, engaging and at times strongly disturbing, Chernobyl, directed by Johan Renck, is a true masterpiece. We would like to advise you on its vision without any reservation. If you would like to know our opinion in more detail, we refer you to the complete review.

Once upon a time is a fantasy genre TV series produced from 2011 to 2018 for a total of 7 seasons in total. The cast includes actors such as Jennifer Morrison (House – Medical Division), Robert Carlyle and Jennifer Michelle Goodwin.

The inhabitants of the coastal town of Storybrook are actually the characters from fairy tales and similar stories that have been transported from enchanted places and deprived of their memories due to a spell carried out by the Evil Queen, that of Snow White. The only person able to break the spell, and try to restore the true identities to the characters of the fairy tales, is Emma Swam, the daughter of Snow White (Jennifer Morrison), who had been transported from the enchanted forest to the real world when she was still a child and therefore before she too was a victim of the spell. Through many adventures we will get to know magical places and discover the destinies and past of the most famous fairy tale characters.

Californication is a comedy-drama TV series produced from 2007 to 2014 for a total of 7 seasons overall. The protagonist of the series, Hank Moody, has many similarities with the American writer Charles Bukowski.

Hank Moody (David Duchovny), is a writer in crisis, who has just ended a relationship with his ex-partner Karen (Natascha McElhone), with whom his teenage daughter Becca continues to grow. To try to solve his creative and personal problems he decides to move to Los Angeles to follow the film version of his best seller “God hates us all”, a nihilistic novel that has been transformed into a sweet comedy. In the various seasons the protagonist will try to keep together the pieces of a distant family and try to rediscover his talent.

Gomorra is an all-Italian series of the criminal genre, inspired by the homonymous best seller by Roberto Saviano, positively received by the public and critics. On March 29, 2019 the fourth season is released on the Sky Atlantic channel.

The series focuses on the stories of Camorra and drug dealers who operate in the suburbs of Naples. The protagonists of the series are the members of the Savastano family, flanked by several trusted men, including Ciro Di Marzio, right arm of Don Pietro Savastano, to whom the boss entrusts the arduous task of preparing his son Genny Savastano for the future role of boss. of the clan. The series highlights the ramifications of the mafia with the world of business and politics, in a crude and brutal way, and the romantic relationships of the protagonists.