In this guide, we will talk about what we believe are the best VR games currently available on Android devices

In the last few years virtual reality has made great strides and the quality of VR titles has also increased more and more. Just think of some of the most popular VR games, like Beat Saber or the long-awaited Half-Life Alyx, to understand the potential of virtual reality.

However, many people think that very powerful hardware is required to take advantage of virtual reality and this is not at all true, given that you can enjoy a great VR experience simply with your smartphone. For this reason we have decided to write this guide, in which we will talk about what we think they are the best VR games currently available on Android devices.

Pay attention to your viewer

As on a PC, even on a smartphone It is very important to choose your virtual reality headset carefully that we are going to use. Many VR games are not compatible with all headsets and for this reason it is good to learn to distinguish the most important headsets. There are many different viewers for Android, but the main ones are three: Google Cardboard, Google Daydream e il Samsung Gear VR.

The Google Cardboard was the first headset designed by Google and was created to offer everyone the opportunity to test virtual reality at a low price. The Google Daydream instead it is a direct evolution of the Cardboard designed for more intensive use and is sold together with a dedicated controller. Finally the Samsung Gear VR is a viewer usable only with Samsung devices born from a collaboration with the Oculus company. If you want to know more about viewers, we refer you to our guide on the best virtual reality viewers on the market.

If you’ve always dreamed of immersing yourself in a fantasy world, then VR Fantasy is the game for you. The title is a dungeon crawler classic where you have to defeat enemies, solve puzzles and collect treasures as you try to get to the end of the level. During your adventure you will come into possession of many different equipments and you can even get to use gods powerful spells to defeat your opponents.

The title is extremely simple and intuitive, and it can be played with most VR devices out there. Besides, the game is completely free, making it the perfect choice for those approaching the world of VR for the first time. 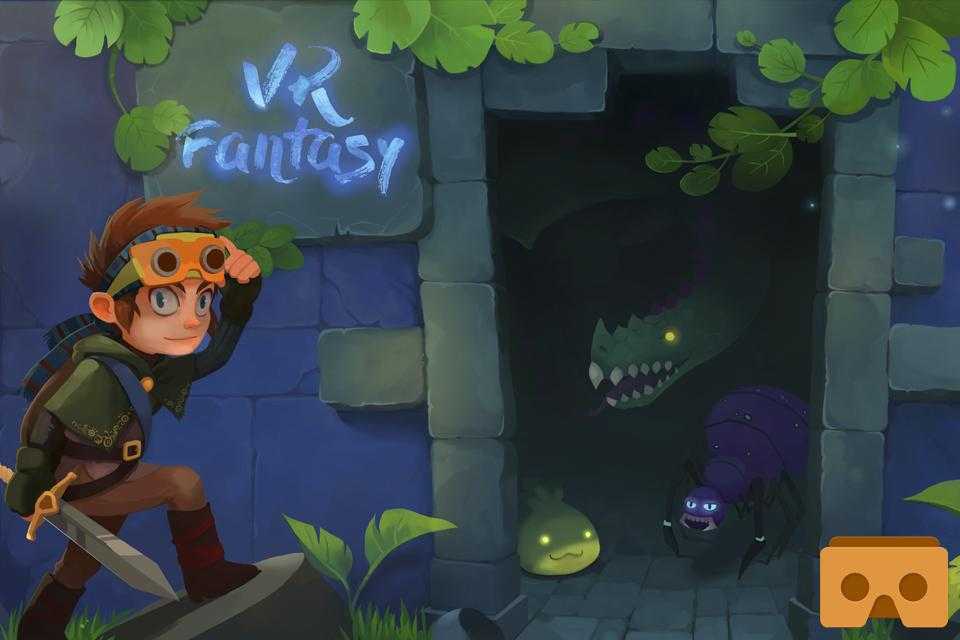 Thanks to your virtual reality headset, playing Need for Speed ​​No Limits VR will be a truly unforgettable experience. The title offers really fun gameplay that will allow you to perform tons spectacular actions as you try to outrun your opponents. Furthermore, the game features many vehicles belonging to famous brands, such as Porsche, Lamborghini, BMW and many others.

The game is a guarantee of quality considering it is published by Electronic Arts and is part of the Need For Speed ​​series. If you are a car racing lover, then this is the perfect title for you. We remind you, however, that Need for Speed ​​No Limits VR is only compatible with the Google Daydream headset.

Gunjack 2: End of Shift è un action game in which we will have to repel many waves of spaceships using a truly impressive arsenal. The game is set in the universe of New Eden, a world where people are forced to fight for their own survival. Our goal is to defend the rig where we work from the attacks of countless looters ready to do anything to get our resources.

The title is produced at CCP Games ed is set within the universe of the popular MMORPG EVE Online and it’s perfect for all science fiction lovers. Also in this case to play Gunjack 2: End of Shift you need to use a Google Daydream headset. 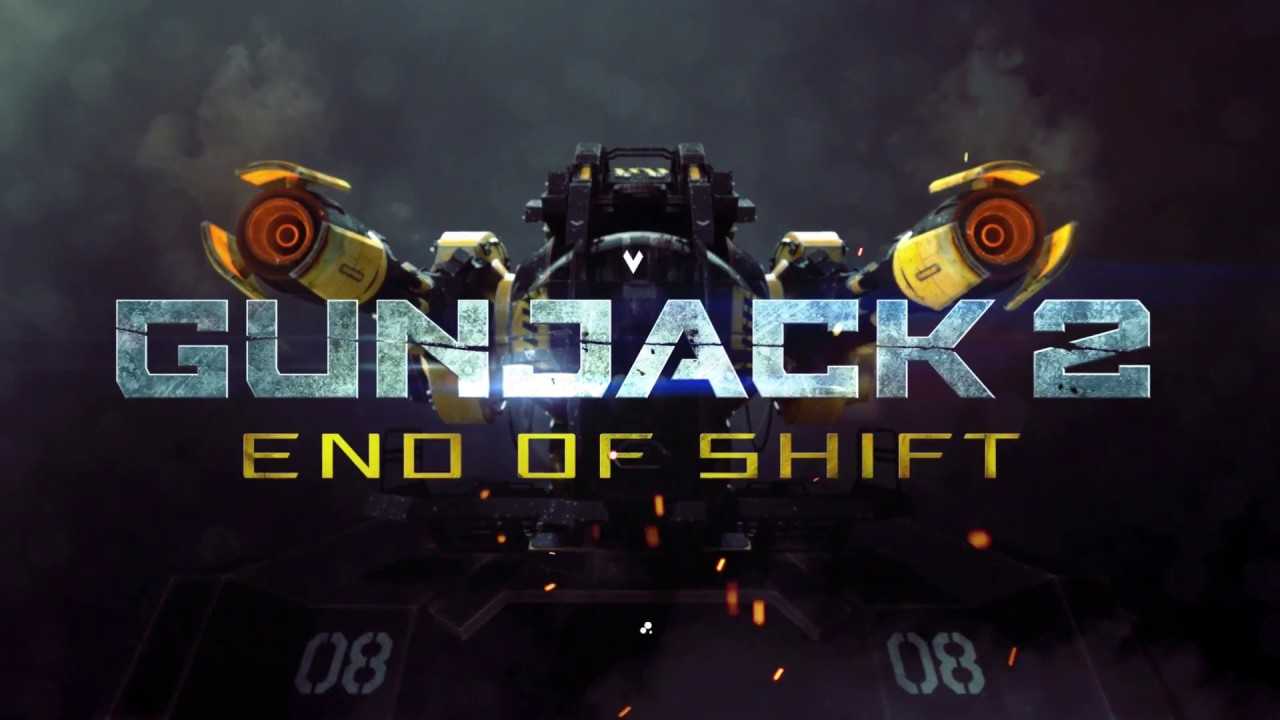 Hardcode è one of the best multiplayer titles for virtual reality available at the moment. The game is one third person shooter with very fast and fun gameplay that will test your skills against many other players. In addition to the hilarious online mode, the title also features many offline playable missions. To complete these missions, you will not only have to defeat your enemies, but you will also have to solve many interesting puzzles.

The game is perfect for shooters and competition lovers, but also for those who just want to enjoy some single player action. Plus this game it’s free and compatible with most VR headsets In circulation. Unfortunately though to play the use of a controller is mandatory suitable and if you have a Google Daydream viewer you will not be able to use the Google Daydream View controller. 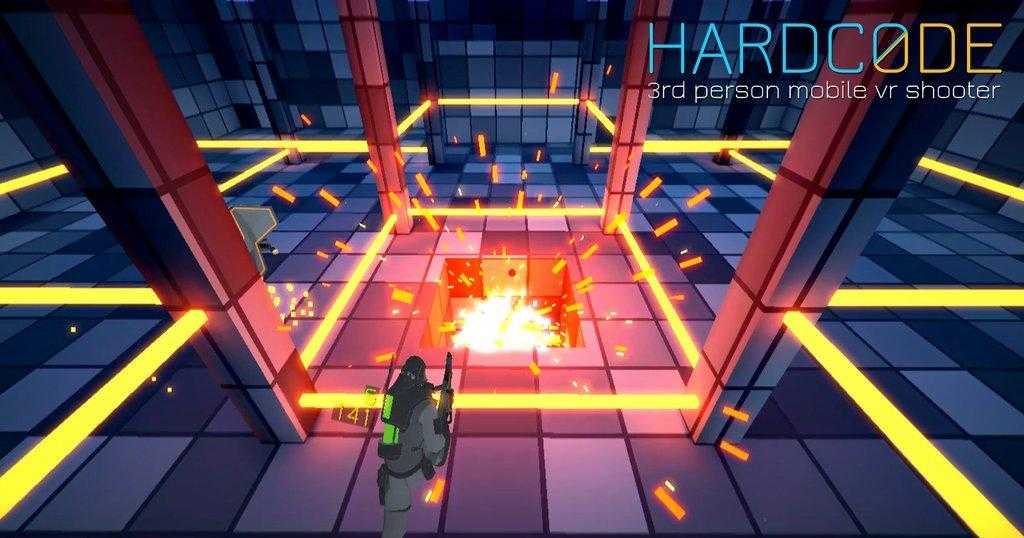 Mekorama VR is a game puzzle for the very relaxing virtual reality in which we will have to drive a small robot called B within many different levels. The title delivers 50 different levels and in addition it is also possible create your own custom levels. Once you have created your level, you can share it with your friends quickly and easily using a QR code.

The title is really a lot of fun and thanks to the ability to play the levels created by other players, you will always have new challenges to face. Again the game is compatible only with Google Daydream and requires the Google Daydream View controller. 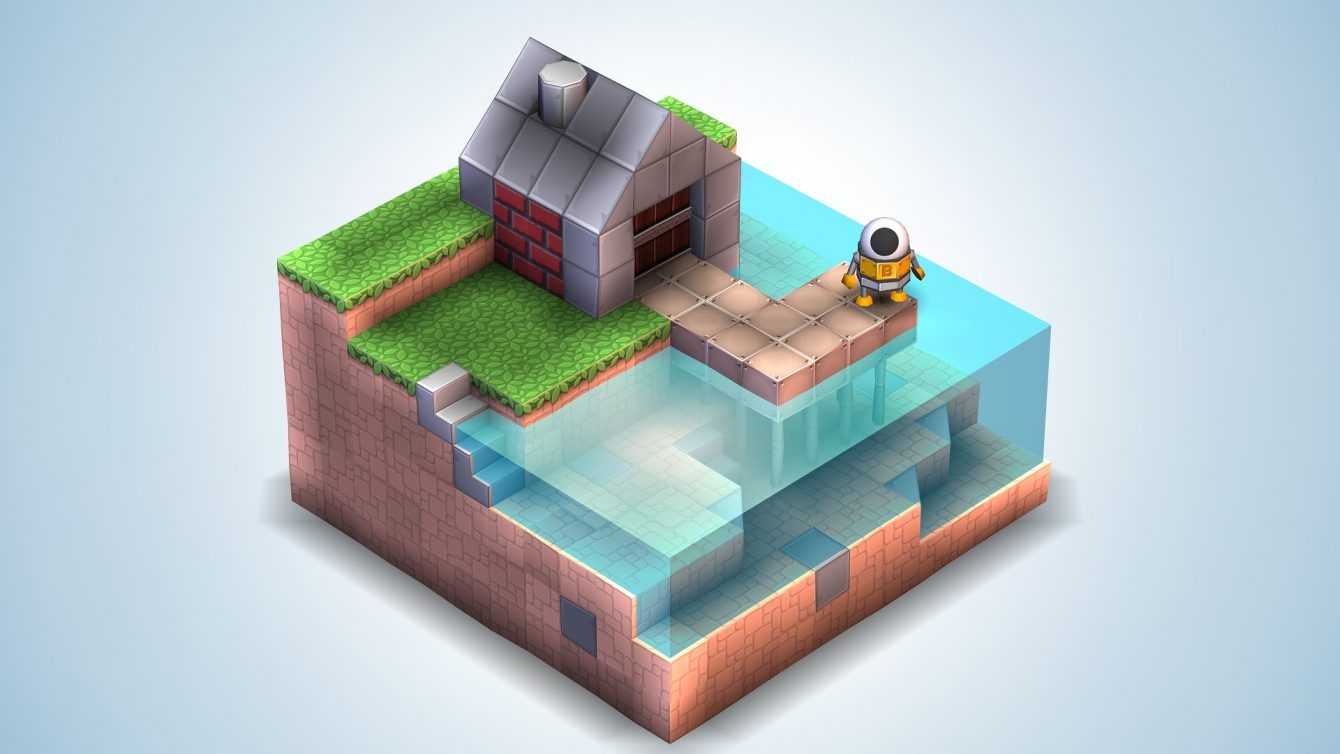 Keep Talking and Nobody Explodes – Migliori giochi VR per Android

Keep Talking and Nobody Explodes è un party game really fun where you have to defusing complicated bombs to progress through the levels. To defuse the bombs you will have to follow the letter of the complicated written instructions within a manual. What makes this title so fun is the fact that you will not be able to read these instructions, but you will have to rely completely on your companions to be able to defuse the dangerous device.

This title is perfect for spending an evening with your friends and it is playable using only one device. To play the game, your friends simply need to read the instruction manual available at the web address inside the game. This title is compatible with Google Daydream and the Samsung Gear VR, but if you want it can also be played without using a virtual reality headset, even if in this case you will miss a part of the experience. 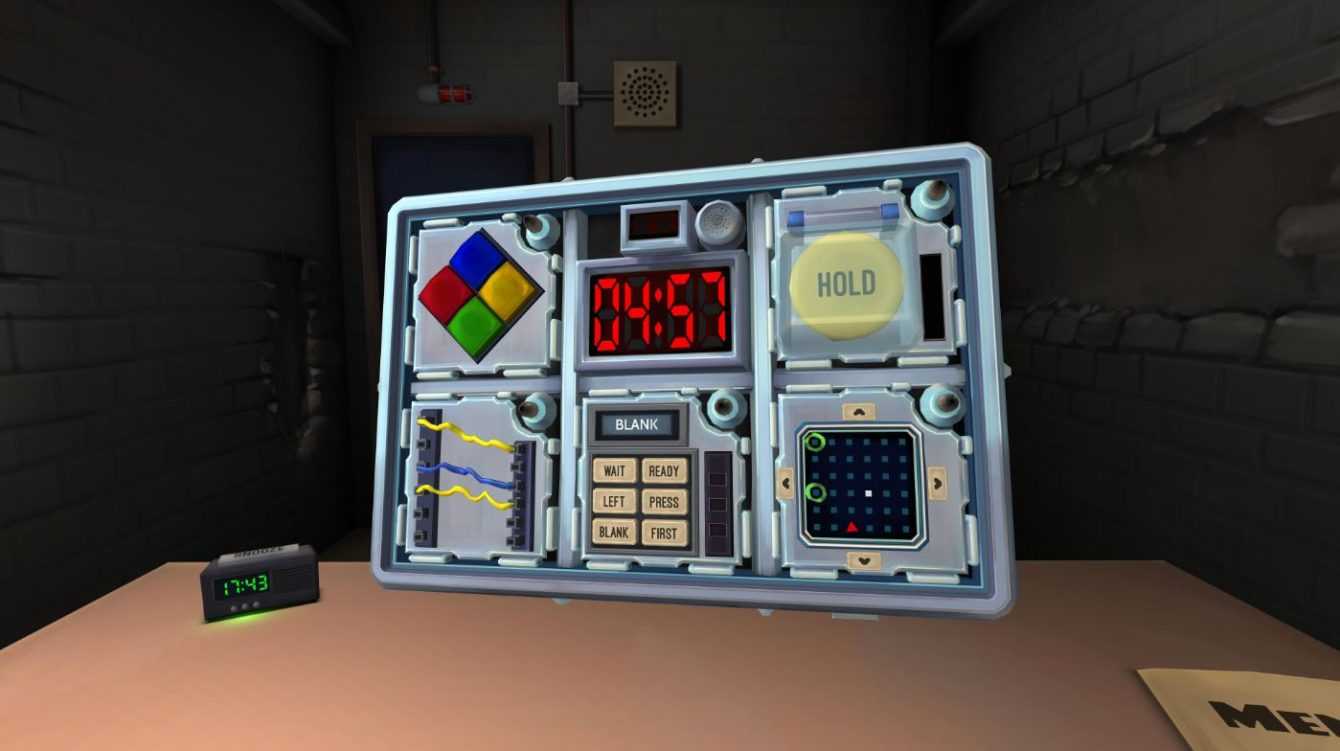 If you are looking for some scare in VR, Sisters is the series for you. Sisters is a series of video games survival horror in prima persona developed by the software house Otherworld Interactive. During your adventure you will have to explore an old abandoned house and solve different puzzles to try to understand the story of the sisters who lived in this place. Be careful though, since a frightening entity will try to get you away from the house at all costs.

The series counts in total four chapters and they will all be paid except for the first. If you want to get an idea of ​​the quality of the title, we recommend that you try the free chapter before buying the next ones. The Sisters series titles were designed for Google Cardboard, but they also work perfectly with most other VR headsets. 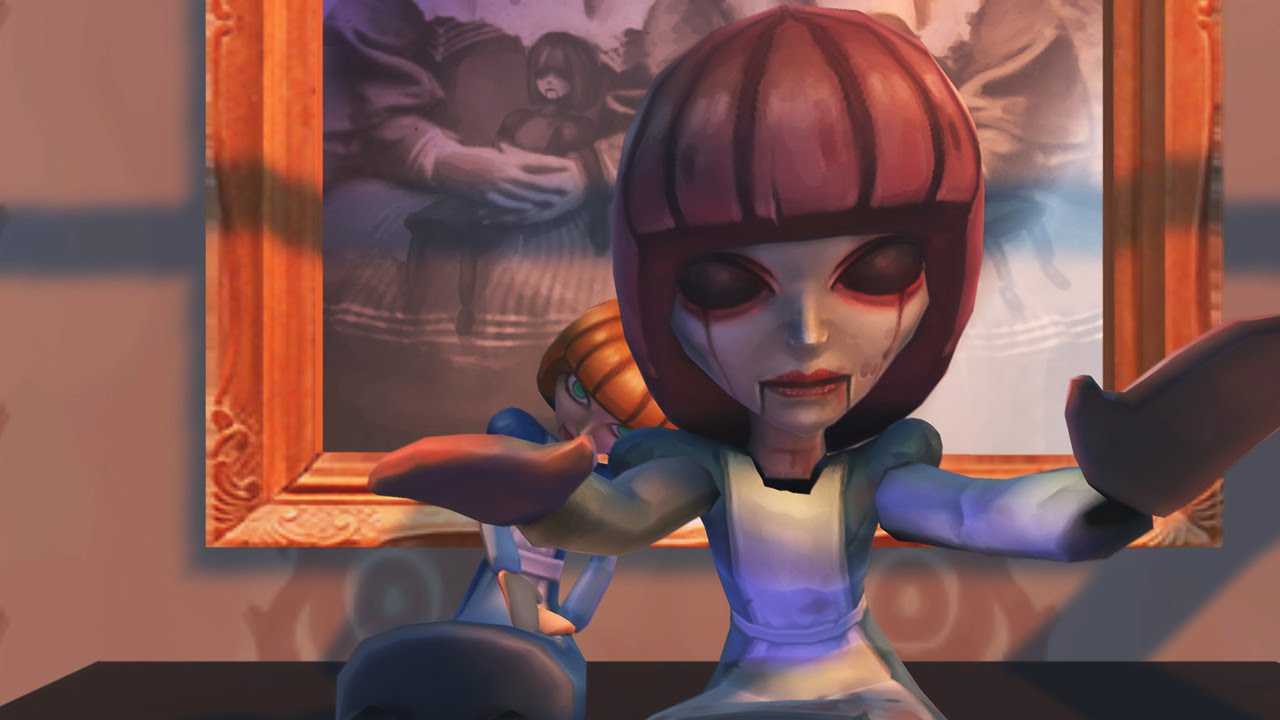 Wrong Voyage is a very interesting hybrid between a puzzle game and a platformer, but it also has some elements taken from the FPS. In the game you will have to explore strange ruins and solve numerous puzzles to be able to proceed on your adventure. Luckily you can count on your trusty gun, which will help you to remotely activate various devices fundamental to pass the levels. The title is entirely free and it works with most VR devices, but unfortunately to use it you need to have a Bluetooth controller. 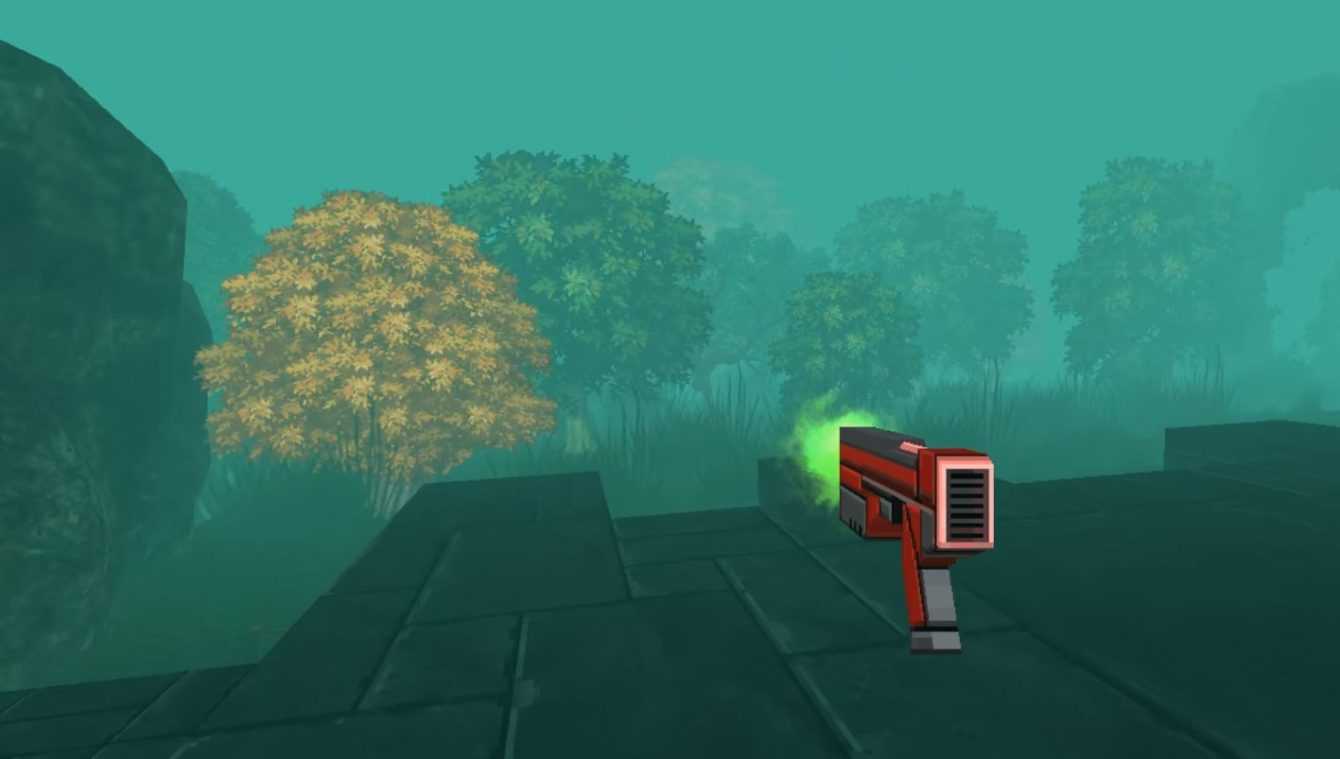 Virtual Virtual Reality is a fun title where you can find out what it’s like wearing a case for virtual reality inside virtual reality. The game will allow you to explore up to 50 unique VR worlds. Plus, while you have fun with your multiple viewers, you can also discover the interesting story behind the game world. If you are looking for a title that can provide you a few hours of entertainment without too many pretensions, Virtual Virtual Reality is the one for you. The game currently is compatible only with the Google Daydream headset. 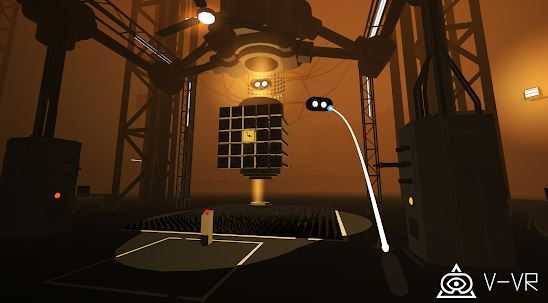 Surely many of you have already played a in the past Minecraft, but probably not in VR. Thanks to Minecraft VR you can finally play the classic Mojang sandbox in a whole new way and extremely more immersive. The title is available exclusively on the Oculus Store and is compatible with the viewer Samsung Gear VR, but if you want you can easily use a controller Xbox to control your character.

Immerse yourself in virtual reality!

These are the best VR games available on Android devices right now, but the video game industry never stops and there will certainly be lots of news next month. If you are also interested in virtual reality on other platforms, we recommend that you take a look at ours guides on the best VR games for PC and PlayStation 4. Before saying goodbye, here is a brief summary of our guide:

If this guide has been useful to you and you are interested in staying up to date with all the news on the world of video games and much more, continue to follow us here on TechGameWorld.com. Furthermore, in case you want to buy some games at an advantageous price, we suggest you take a look at the many offers on Instant Gaming.