For some time now, Microsoft’s subscription service has filled us with titles to discover. But what are the best games on Xbox Game Pass?

The Xbox Game Pass allows for a small monthly amount to play a really huge game catalog. Within the Microsoft home subscription there are many excellent games, from the masterpieces we all know to pearls to be rediscovered as soon as possible. On the other hand, however, it’s easy to get lost in such a vast sea of ​​titles and miss out on exactly what you are looking for. For this reason we have decided to draft a list of the best games in the Xbox Game Pass.

A huge library at your fingertips

In this guide we will pass seamlessly between gigantic titles and games perhaps less known by the general public. We will also try to range over more genres in order to satisfy all tastes. The videogame landscape is huge and varied and the same goes for the Game Pass games. Therefore, anyone can find what they like best. Not to mention that Microsoft has assured that all the exclusives of the first parts will be available at launch in the catalog.

As you might know, Game Pass is available on both Xbox One and PC. The two platforms have slightly different catalogs, We will therefore indicate each time on which platform that particular game is available so as not to create confusion as to where you can find it. We also know that the service will also arrive on the Xbox Series X, it could really be a nice way to make the generational leap, having lots of games at launch that you can retrieve whenever you want.

The fifth chapter of a legendary saga that made the history of Microsoft consoles. The new course developed by 343 Industries, which started from the fourth chapter, continues with Halo 5: Guardians. Everything is studied in detail and is pushed to the highest levels, from the graphics sector to the soundtrack. If you are a lover of first-person shooters, the Halo saga is not to be missed and this chapter is no exception.

The gameplay in the shooting phases is excellent as always and the multiplayer is really satisfying. As owners of a Microsoft console, Halo cannot be missing in your wealth of experiences. Halo 5: Guardians is a great title, to be played especially while waiting for its sequel, Halo: Infinite. 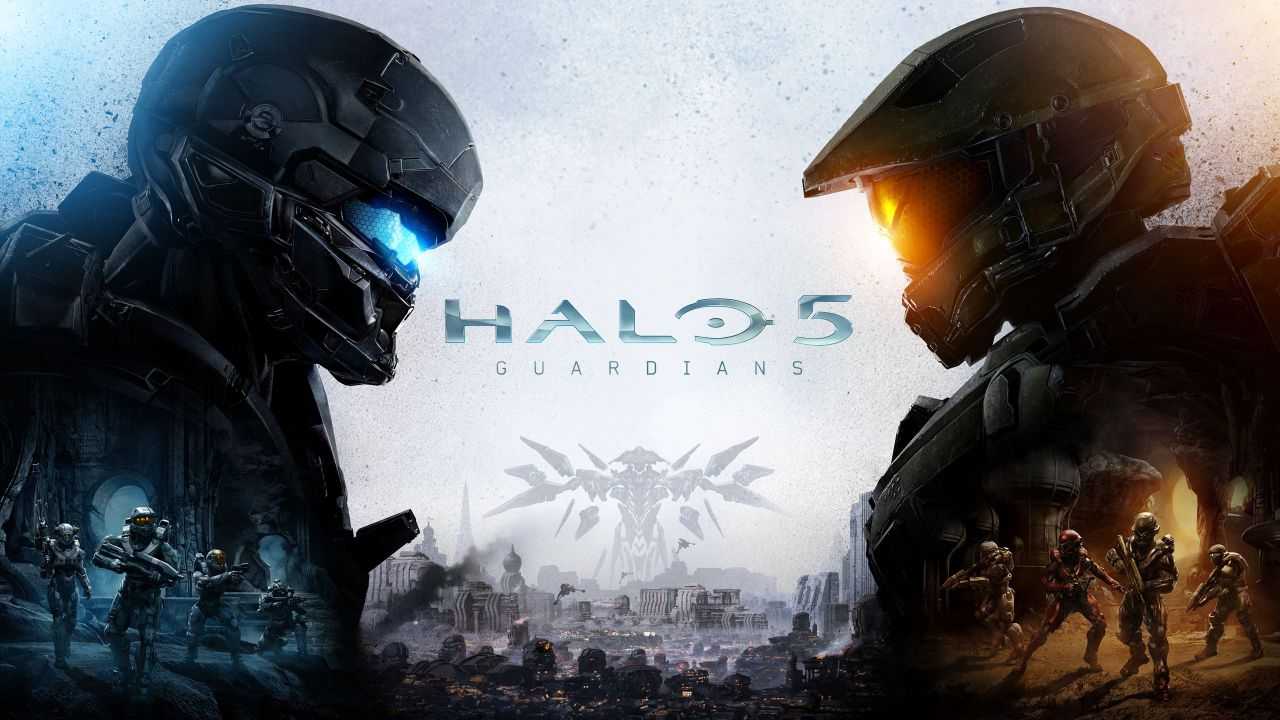 It is one strategic in real time beloved since its release in 1999. This remake is the latest edition available, with a renewed graphics sector and more. In Age of Empires 2: Definitive Edition they are also found a whole host of new content which make the title attractive even to those who have stripped the original work.

While building your own civilization it will be possible to enter new eras, which will evolve the empire created by the player. If you are a lover of strategy or if you are even just intrigued by a genre that may be new to you, try Age of Empires 2: Definitive Edition, you will not regret it. 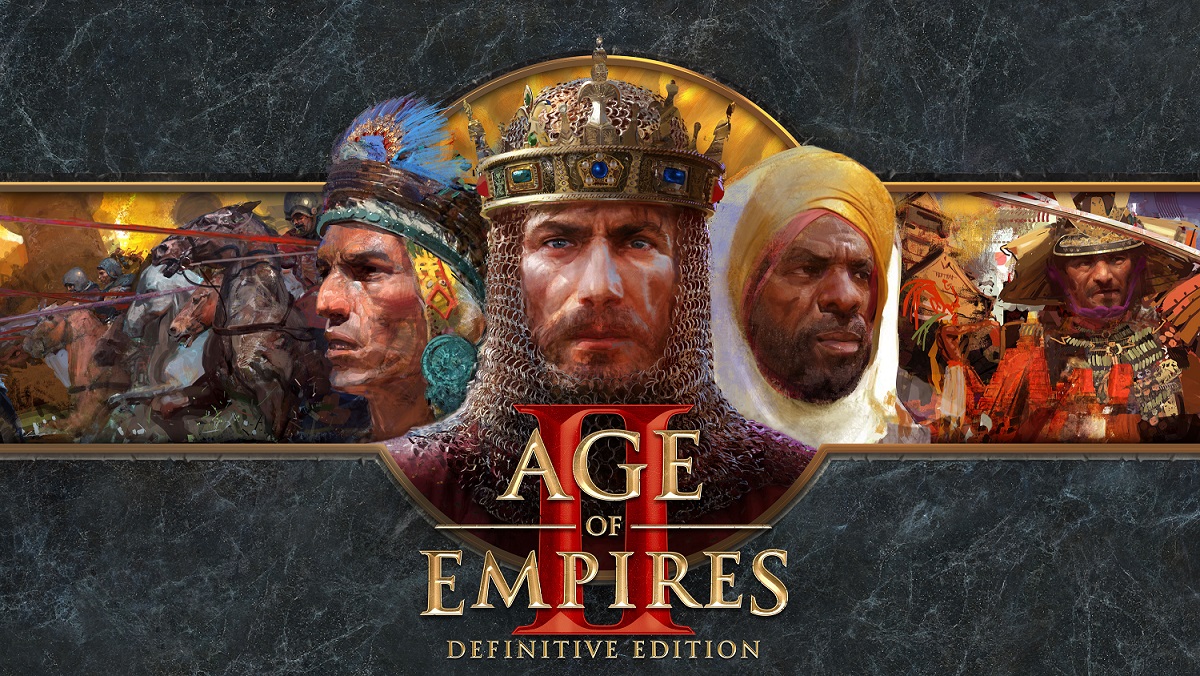 Gears of War is another of the pillars that distinguish Microsoft’s offer since it threw itself into the world of video games. The fifth chapter try to innovate classic first person shooter formula abandoning linearity and favoring a freer and more open exploration.

Gears 5 alternates the wildest action with a well-told storyline, bringing some fresh air to a series that felt the need to renew itself a bit. The Coalition team has fully succeeded in their intent and has created a game appreciated by the public and critics. In this chapter we will take on the role of Kait Diaz, but there will be appearances of some old acquaintances of the Gears of War brand. 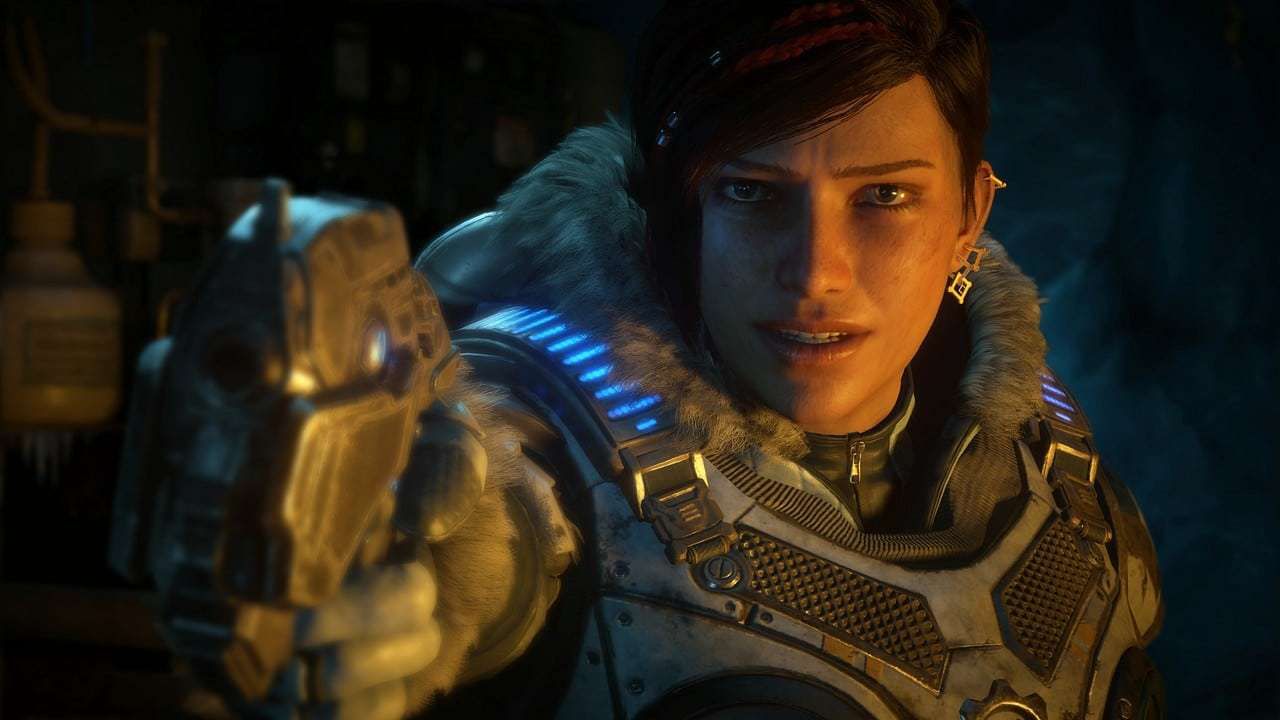 Two games for the price of one in this section of the list. Yakuza 0 and Yakuza Kiwami are gods action with a purely Japanese style. The strong point of these games is not only the spectacular combat system, but also a mature storyline and an incredible amount of minigames.

Both titles are set in a fictional version of Kabukicho, well-known district of Tokyo. The protagonist is Kiryu of the Kazuma family, he will remain entangled in numerous stories related to the Yakuza throughout the chapters that make up the Yakuza epic. Both games are a great place to start, however, we advise you to start from 0, since it is the first chapter in chronological order and is developed with the purpose of being the ideal game to start with. 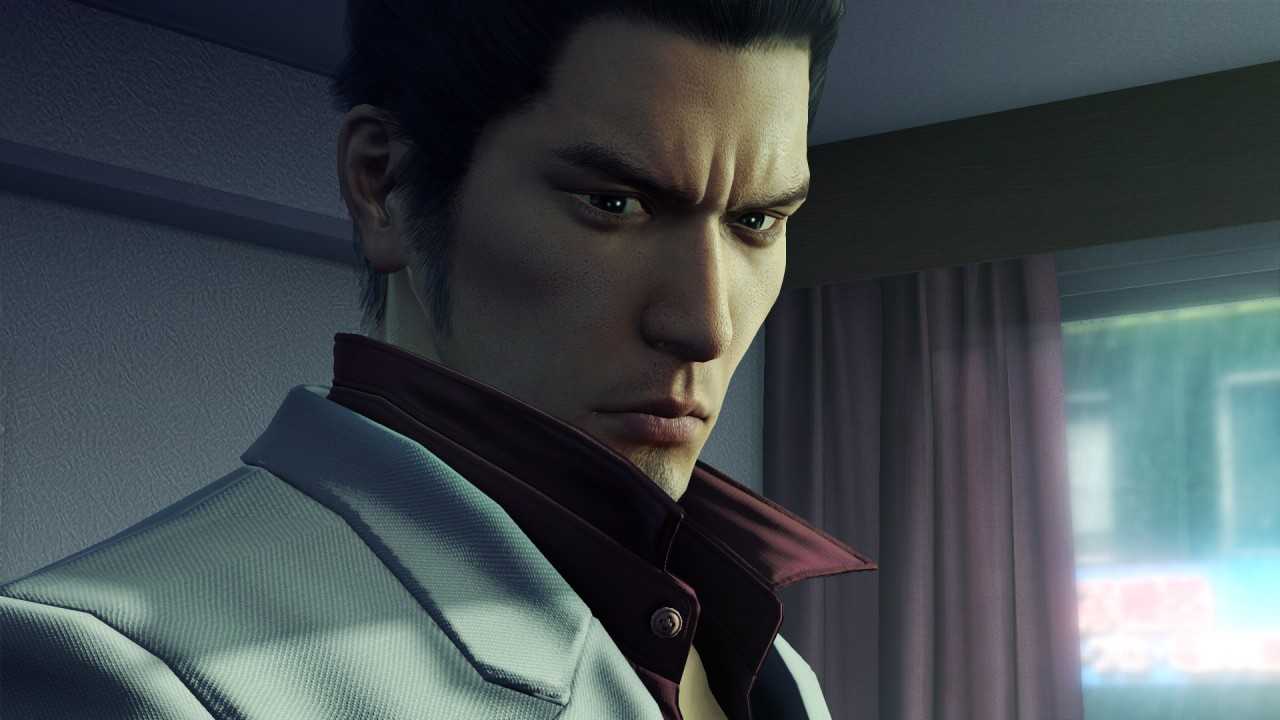 After a rather contested start due to a lack of content, Sea of ​​Thieves managed to change even those who were the most skeptical. Rare has expanded the amount of content with free updates and expansions. To date, Sea of ​​Thieves is one of the funniest titles ever, especially if you play in company.

The game relies on always new dynamics that a group of friends can generate during their crazy adventures. Set in the era of pirates, the player will go in search of treasures among dangerous skeletons and drinking grog. Highly recommended if you want to get passionate about a game with a world that is always alive and constantly updated, especially if you have friends to play with. If not, don’t worry, pirates are sociable people and they will gladly invite you into their crew. 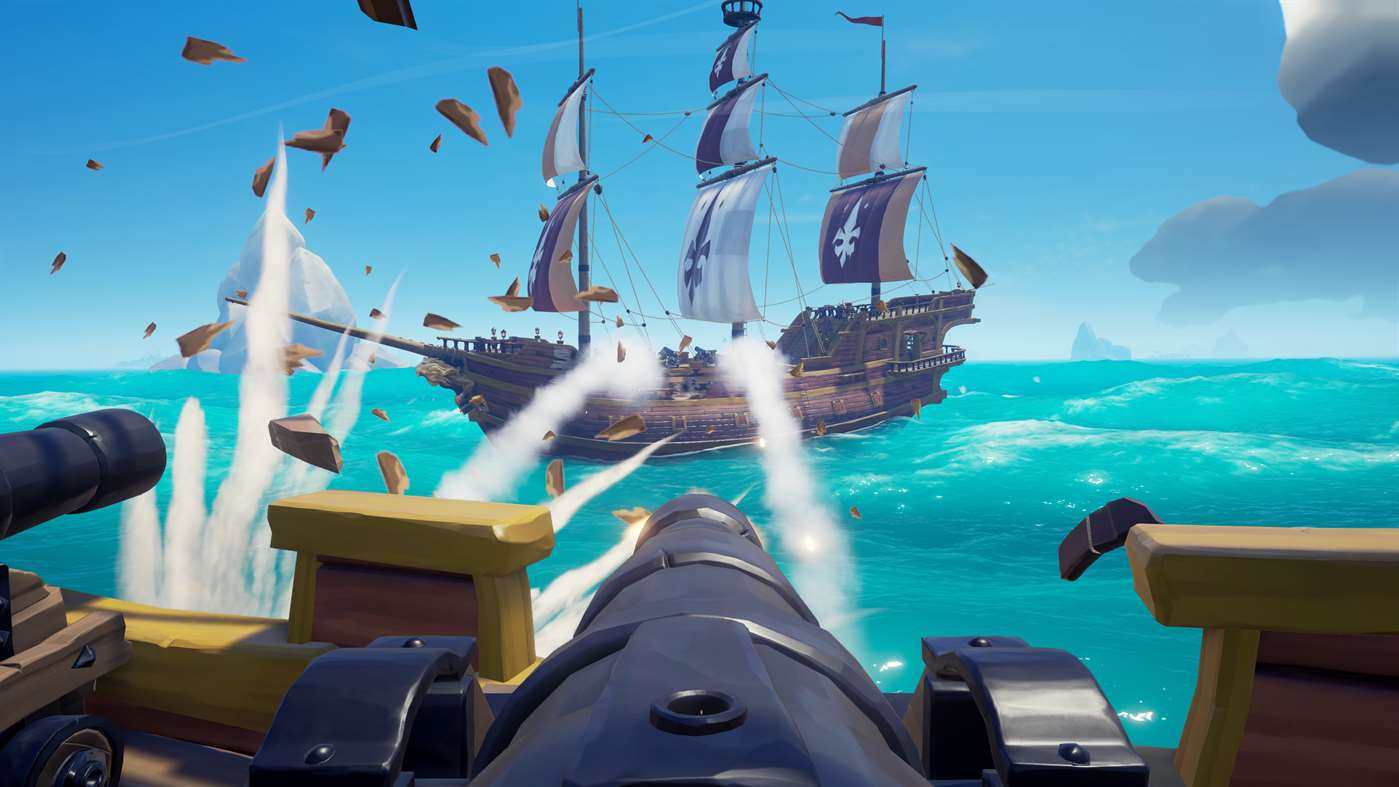 The game he dedicated to the crowd the immense talent of Yoko Taro. The extravagant Japanese author has managed to insert yet another piece in his huge universe that starts from the Drakengard saga, up to NieR: Automata. The gameplay action is entrusted to Platinum Games, absolute certainty in the genre that is not wrong even this time. The strong point of NieR: Automata however is its narrative.

Through several runs an initially simple story unravels until the incredible ending, playing with the videogame medium like never before. It is a great game of this generation, which despite many defects it manages to enter the hearts of gamers as few titles can do. Don’t be frightened by the intricate lore of Yoko Taro’s universe, NieR: Automata can be played very well without ever having approached the previous titles. 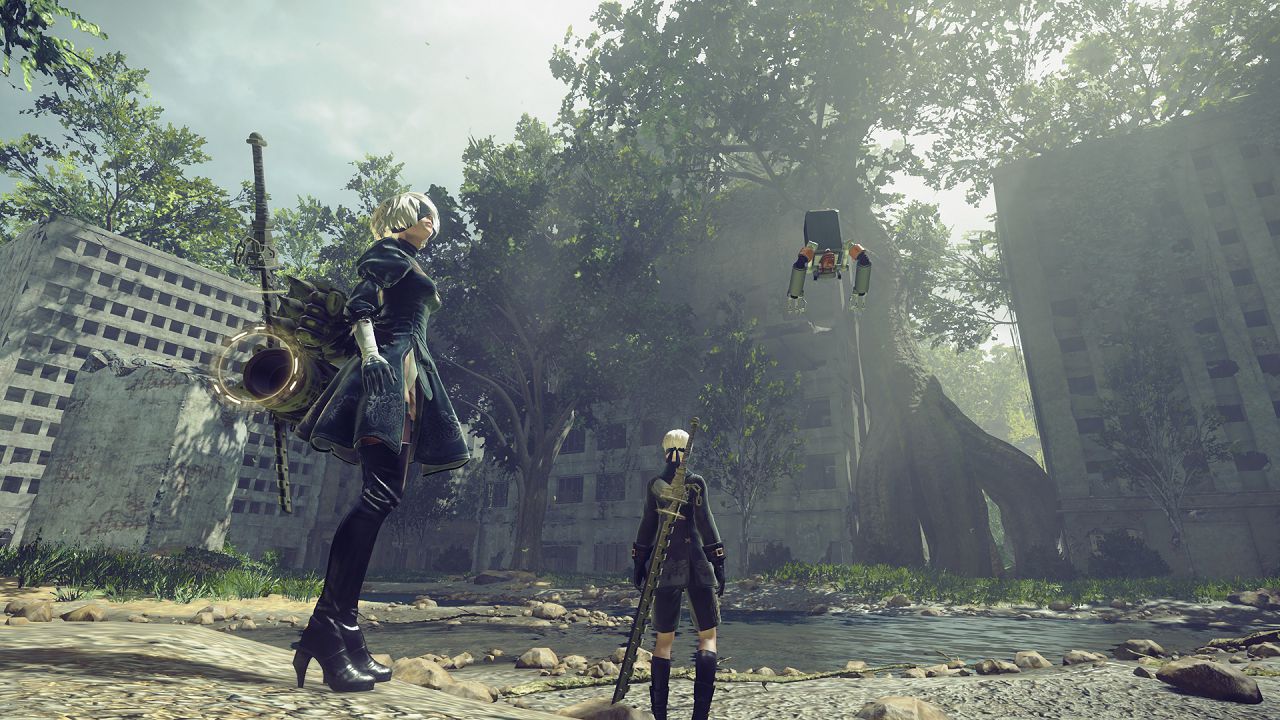 It is the moment of what perhaps the moment is at the moment best driving game around, available for free thanks to the Xbox Game Pass subscription only. Forza Horizon 4, developed by Playground Games, takes us to the beautiful lands of UK. Here we will be able to freely explore the huge game map or dedicate ourselves to competing against offline or online opponents.

One of the novelties of this chapter is the presence of dynamic seasons, which will change the game map over the months. This feature it changes the driving style over time due to environmental conditions making the gameplay always fresh. Not to mention the care dedicated to the online sector, which allows you to freely explore the map together with other players in real time. 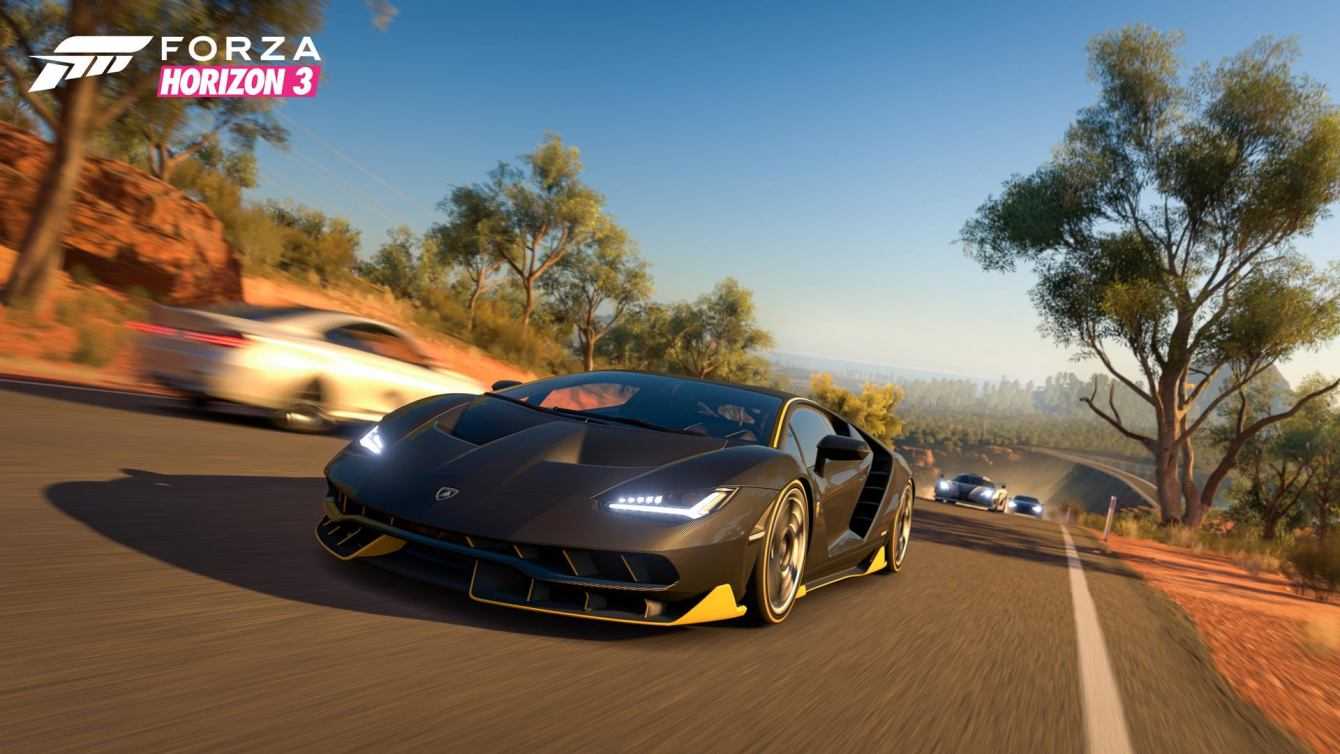 Two titles in one in this paragraph. If Ori and the Blind Forest was a surprise, Ori and the Will of the Wisps is there consecration of Moon Studios which enters by right as one of the most talented teams in the panorama. Aesthetically, they are two real ones masterpieces that will blow your mind more than once during the adventure.

Both games are gods two-dimensional metroidvania, to be honest they are two of the best exponents of the genre. The exploration of the map is therefore essential to enhance the protagonist and make him able to progress in the game. The difficulty level is quite high and it will not be difficult to fail the same section several times, but at the same time the games are never frustrating and will give you moments of great satisfaction. 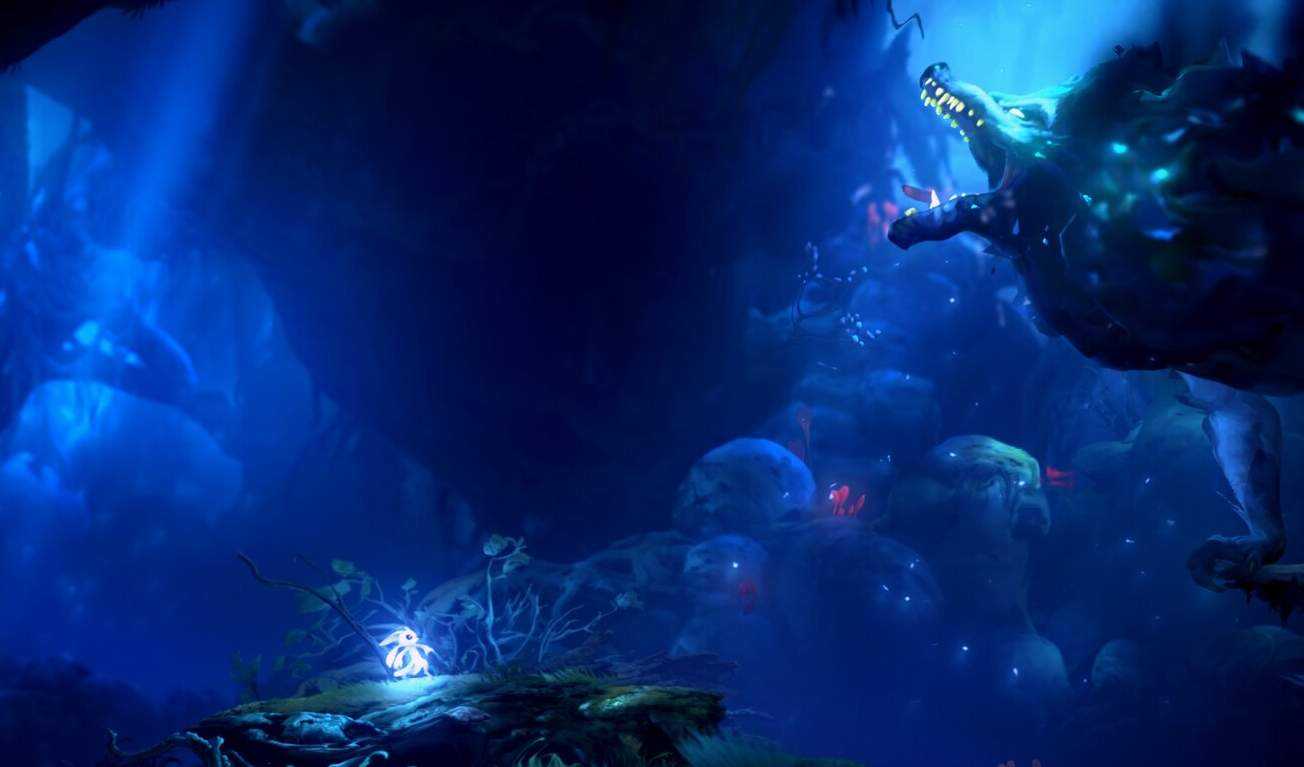 Of course, the game is probably not suitable for all palates. But this is precisely the beauty of the Game Pass, you can in fact download the game and try it completely at no cost and if you don’t like it you can always move on to something else. It might be worth downloading Microsoft Flight Simulator just to admire the technical level reached by Asobo Studios.

The software house has in fact accomplished a job that is incredible. Using the maps of Bing has managed to reproduce faithfully the entire planet. The Earth is at our complete disposal and we will be able to cross it from side to side with a large number of different planes. The game proposes various aids for beginners so don’t be intimidated. The more experienced you are, you can remove these aids and try to enjoy the ultimate aircraft simulator. 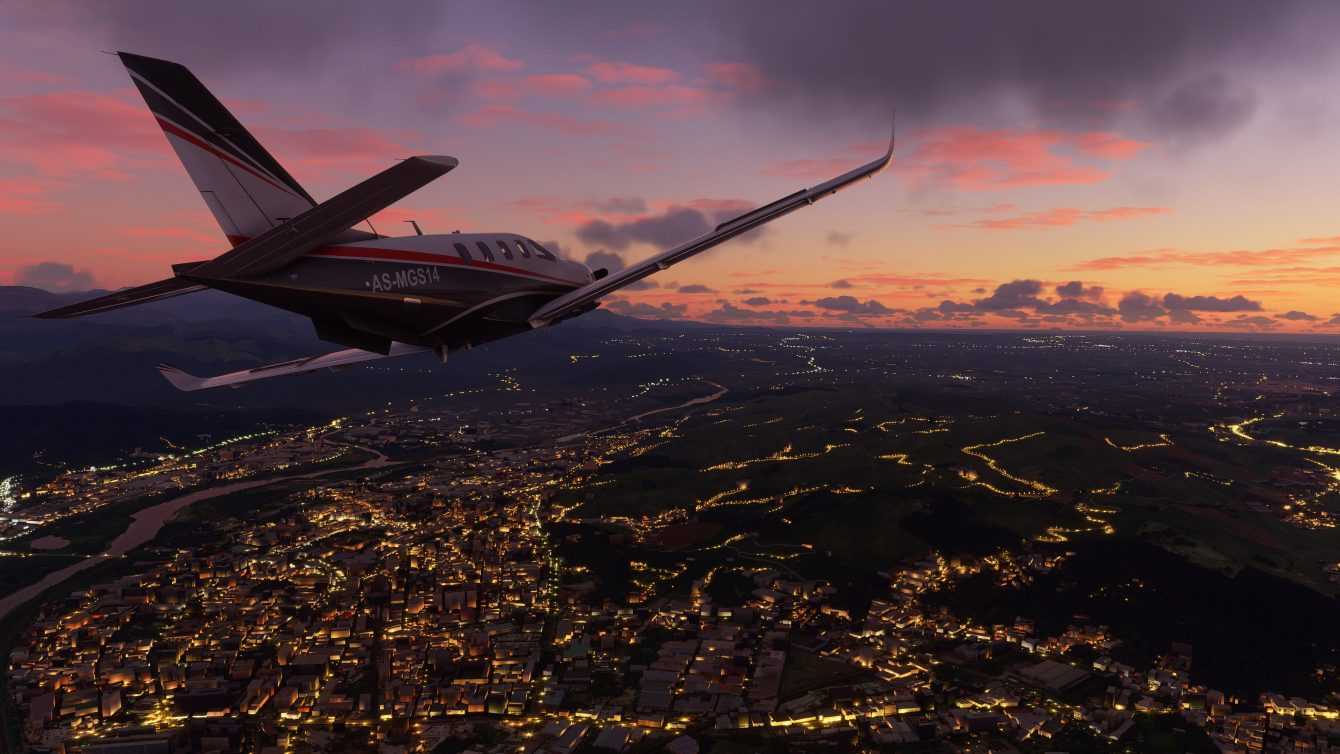 Let’s move on to a title of a genre that perhaps might not be for everyone, but that we strongly recommend you try thanks to the subscription to the Game Pass. We are talking about Crusader Kings III, grand strategy game developed by Paradox Interactive. Like all titles in the genre you need a lot of attention and a bit of patience before you get started, as the depth of Crusader Kings III is truly boundless.

But once you learn to juggle the many menus, a world full of possibilities opens up. In Crusader Kings III you will have to build your own dynasty: it goes from the management of the army, to the economy and to religion. Each game will be unique and full of unexpected events of any kind based on your actions. In short, if you have some time to devote to it, we absolutely recommend playing it, as it could give you some enormous satisfactions. 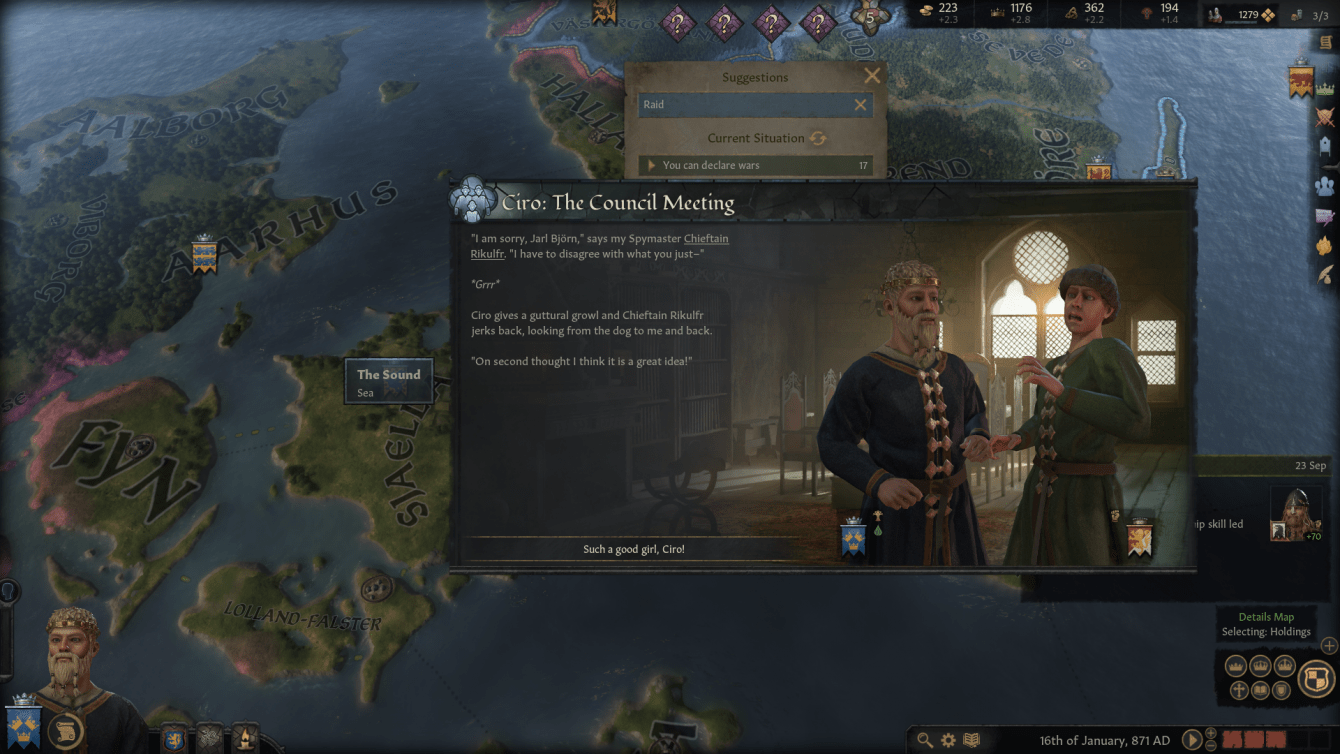 The first aftermath of Microsoft’s Zenimax acquisition can be seen immediately from the inclusion of DOOM Eternal in the Xbox Game Pass. We are talking about one of the best FPS of the generation, if not the best ever. The gameplay is extremely hectic, but at the same time you need to keep your brain turned on to make the right decisions in no time.

Are present different difficulty levels that will satisfy you both if you are looking for something accessible and if you want to try your hand at a “hellish” challenge. Obviously then there is no lack of that dose of ultraviolenza characteristic of a series that has made the history of video games. 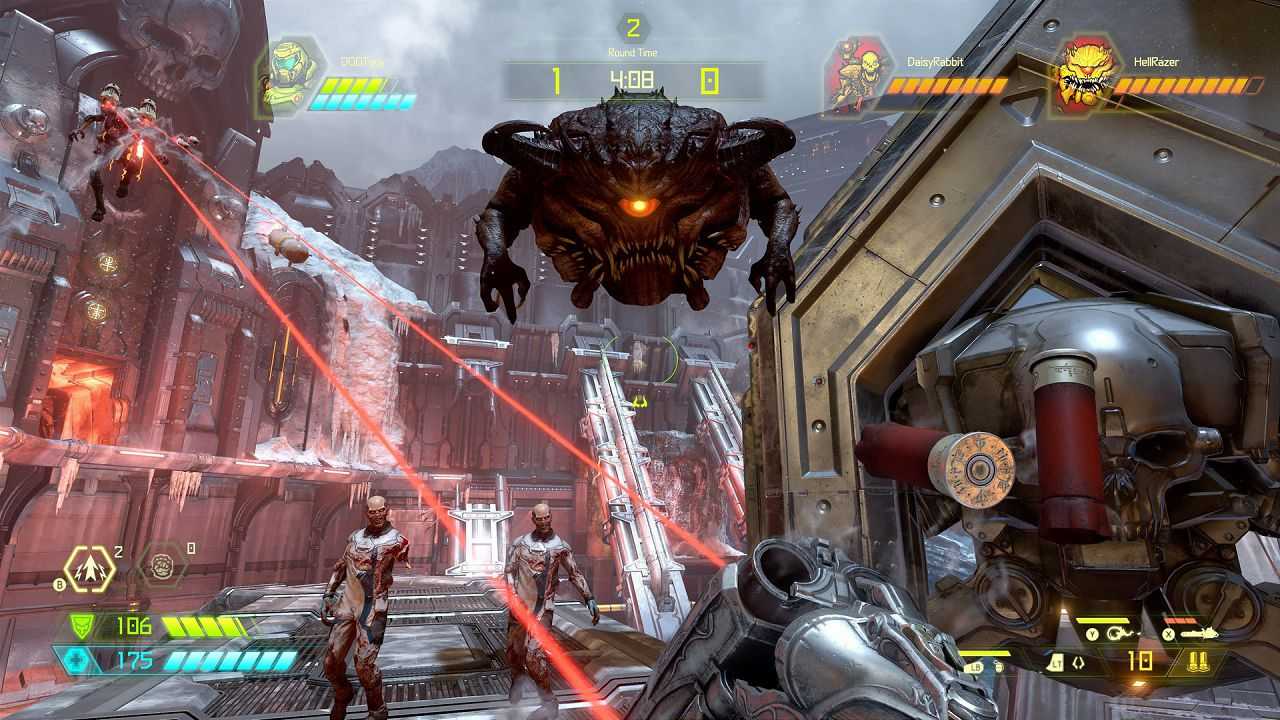 Xbox platforms are often still thought to be missing …