Let’s find out in this preview Hunter’s Arena: Legends, a fantasy battle royale with elements of MOBA, MMORPG, and classic fighting games

Hunter’s Arena: Legends is the first title from the Korean development team Mantisco, and aims to blend elements of MOBA, MMORPG, and fighting games in an innovative fantasy battle royale. The title has been available for purchase a few days ago early access on Steam, and the final version should be out in about 8 months. Let’s see in this preview which aspects convinced us of Hunter’s Arena: Legends, and which ones absolutely need finishing.

A new way of approaching the genre

The battle royale market continues to grind record numbers, but to have a chance to capture the attention of players today it is essential to propose own such vision. The Mantisco team therefore tries to integrate elements of MOBA, MMORPG and classic fighting games into the classic mechanics of battle royale in its Hunter’s Arena: Legends.

The title is still in early access, but despite the good basic ideas, the problems that plague it however, there are too many. As we will deepen in this preview, in fact, the good foundations of combat are ruined for example by the functioning of the combos, which damages the experience therefore any game mode.

To date, the title features four game modes: Battle Royale Solo, Battle Royale Trio, Free For All and Tag Match. The first two modes will see us engaged in facing others 60 players alone or in a team of three, without the possibility of respawn. In the Free For All mode we will instead face 3 other players in an arena, where the winner will be determined by the points obtained when the time runs out. In the Tag Match mode we will finally face only one other player in a head to head, with the possibility of choosing 2 characters including alternating during the fight. 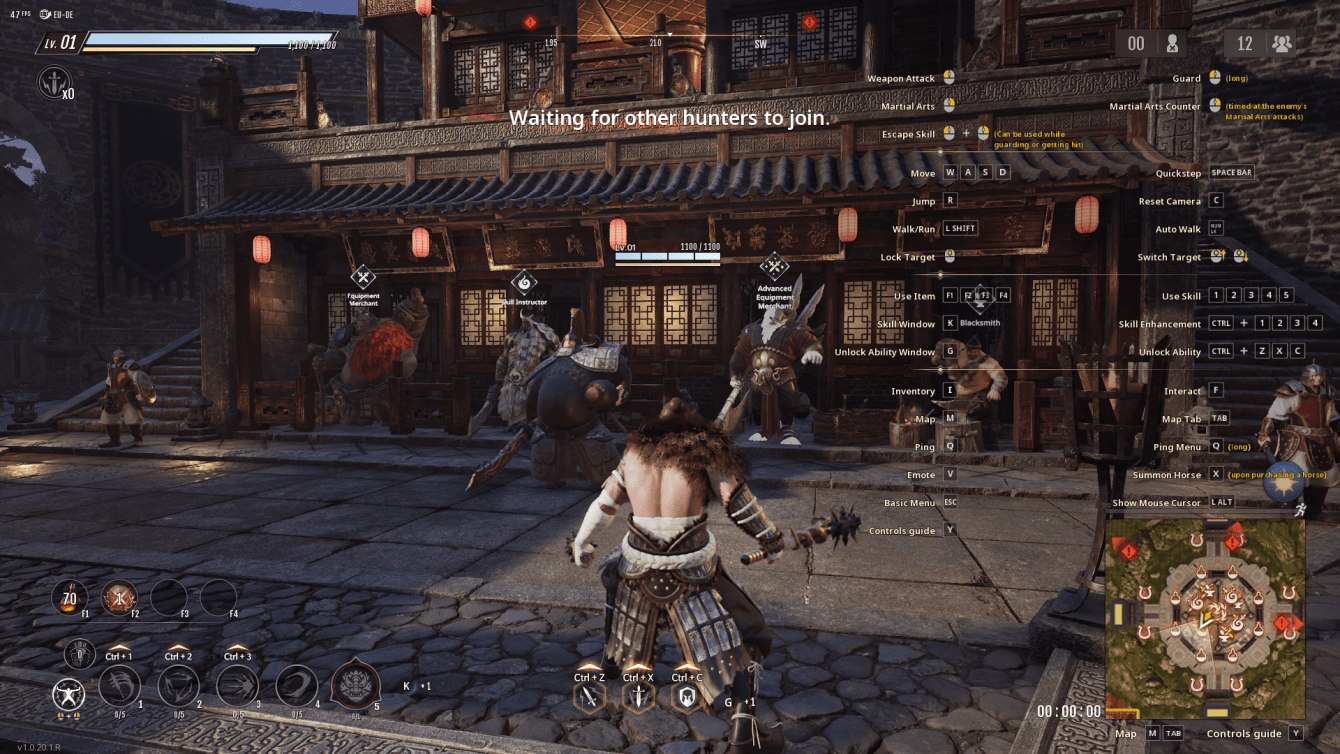 The central mode is obviously the battle royale, which, however, immediately presents a problem as simple as it is serious: the lack of players. After a load we will in fact be taken to the main area of ​​the game, with the various merchants and NPCs. Here, however, we will find ourselves waiting for the other players, at least 20 to start the game, for far too long times. After several minutes of waiting, in fact, you will almost always end up playing with only 19 other players, in a map of dimensions however designed to accommodate triple.

For the few games we managed to find, we had to wait on average just under 10 minutes. The situation does not change by trying to play both in the afternoon and in the evening on the current only European server, located in Germany. Most of the time we have simply given up and thrown into a Free For All or Tag Match, where the very small number of players required actually allows for matches to be found. in standard times.

Once we are able to start the game, we will be able to face the different enemies around the world to find objects and improve our character. In addition to weak and extremely easy to defeat enemies, there are also real ones dungeon to explore with the final boss fight, which will obviously reward us with more useful items. As in any battle royale one safe zone more and more close will then make us forcibly come into contact with the other players as we advance in the game. At this point PvP combat comes into play, the same for all modes, and which we will address in the next section. 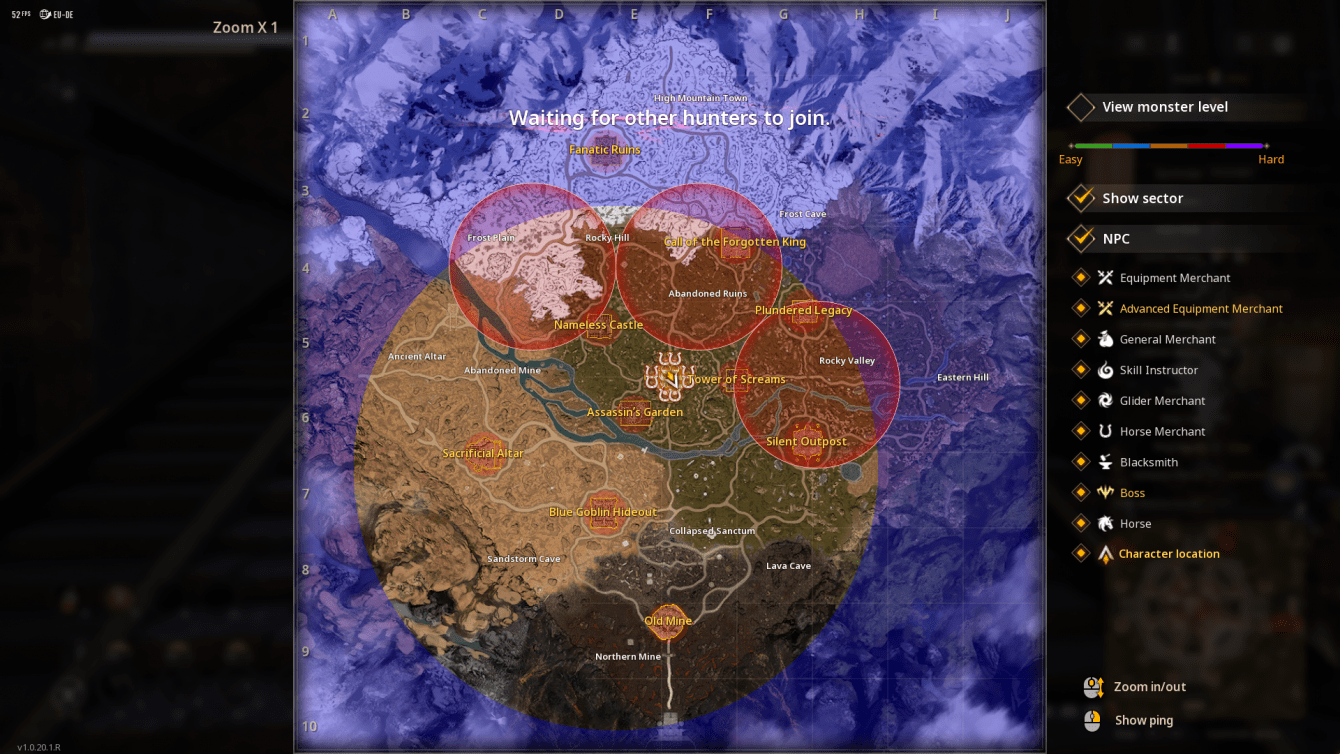 Here unfortunately even the most important component of the game fails to convince despite some good basic ideas. Choosing from one of the currently 12 characters available we will have at our disposal a basic attack, martial arts (an attack aimed at breaking the guard), parry, dodging, and defenses. Having already written MOBA elements, each character then has a set of four special abilities, and a Super move.

While it seems quite fluid and fun at first, the main problem with the combat system is in the combo. In addition to being easy to start, they are very often very long, and stun those who suffer them. The only way to escape the combos is therefore to use evasion, which can then be reused only after well 2 and a half minutes. This essentially means that even after defeating a player, if we meet another in the following minutes we will not have any chance to escape his combo, with which he can safely and quickly kill us. at the first slightest opening of our defenses. 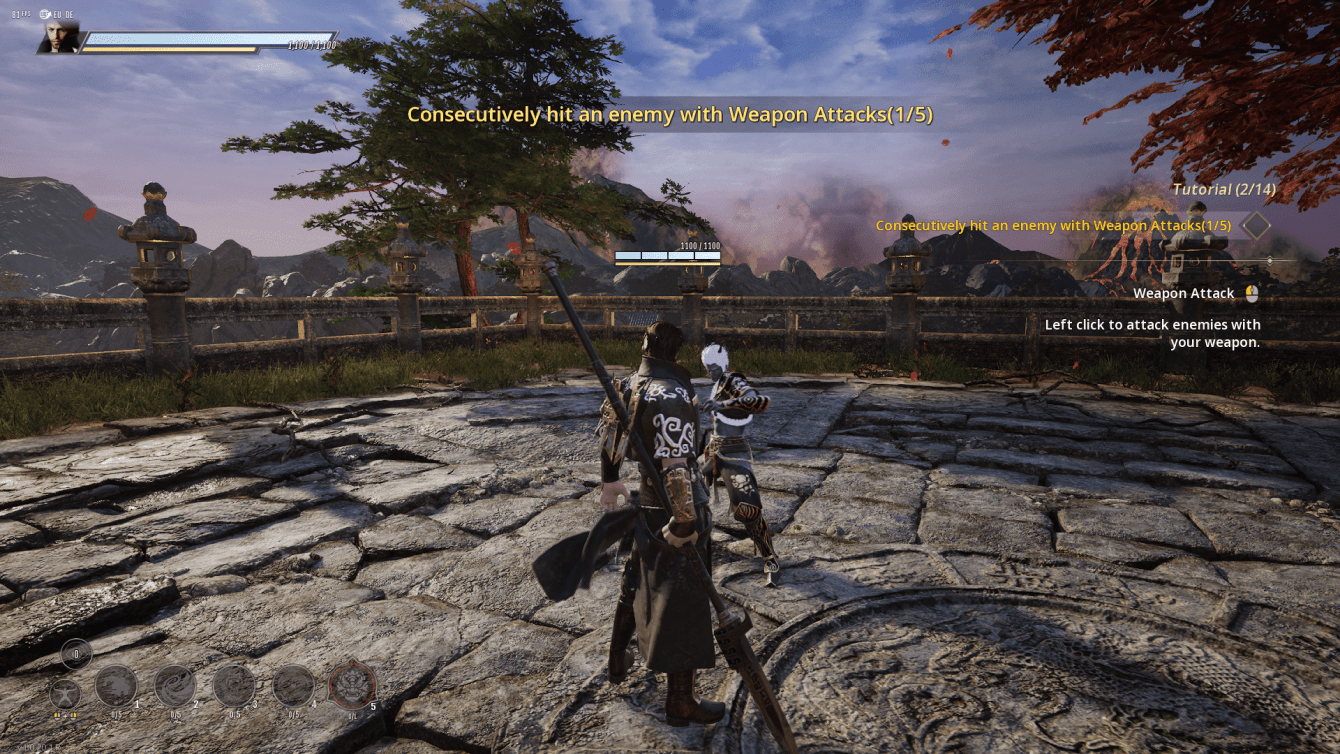 Finally, let’s talk about the technical sector, fortunately a quite positive aspect. The game uses the Unreal Engine, and considering that it is still an indie and the first project of a new development team, the graphical presentation is pretty good. Unfortunately, the performances are not up to par, and by setting all the options to the maximum in a PC that is equipped with an Intel Core i5-6600 processor, NVIDIA GeForce RTX 2060 video card and 16 GB of RAM, it barely exceeds 40 fps in 1080p. Even lowering the options, however, the situation changes little, and it is difficult to maintain 60 fps even at medium details.

Especially during the battle royale we also encountered some problems in the rendering of shadows and other graphic glitches. Although it can theoretically be deactivated in the game options, in our case the motion blur was always active. But we are talking about problems at the end quite insignificant, and apart from the performances, the technical sector is more than enough. 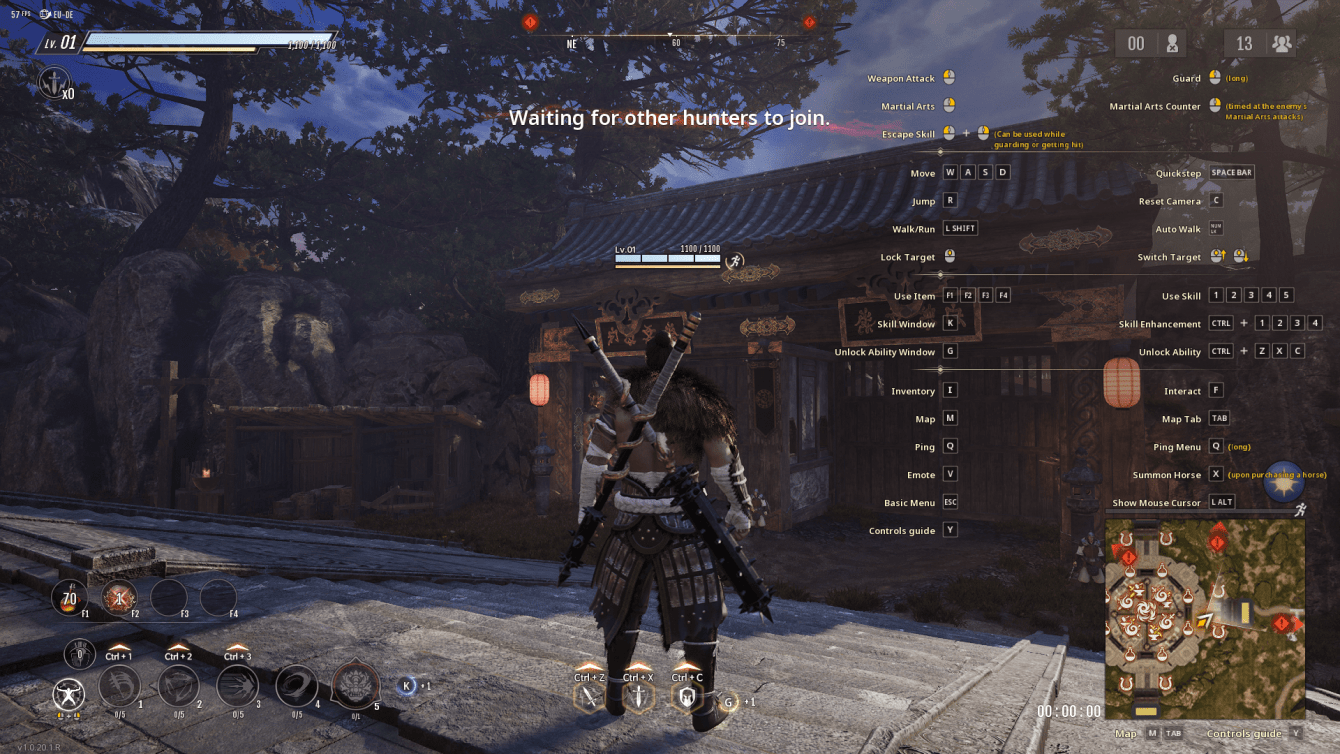 Some good basic ideas, but too many problems in implementation

Concluding this preview, Hunter’s Arena: Legends is a truly innovative battle royale with several good ideas, but made simply unplayable by the absence of players. All game modes are then in any case ruined from too many balance and combat system problems at the base of the title.

Breaking a lance in favor of the developers, however, it seems that they are working hard listening to player feedback. In the eight months that separate it from the final release, it can certainly be worth keeping an eye on the evolution of the game. Right now, however, considering that it is not a free-to-play but a game sold for around 16 euros, we can not recommend it to anyone.