If you have recently purchased an Xbox Series X or its minor version S, perhaps you may find this guide to the best exclusives available on the console useful. Ready to play?

The choice of a console has always been a great dilemma for us players. Since the time of the historic “war” between Nintendo and Sega, the most important companies have been fighting each other through advertising and, above all, financing the production of major titles capable of building the identity of a platform. This is why our guide on the consoles available on the market could be useful to you. If you are reading this article, however, it is likely that you have already made your choice, right?

In this guide on best Xbox Series X exclusives and S we will not offer you a ranking, but only a list with the titles that we consider most interesting to play, dividing them by category and genre, reminding you that all the titles of the Redmond company are now available on the Game Pass service.

For some time now, Microsoft has decided to develop its own ecosystem which provides for the publication of its games on all its platforms thanks to the program Play Anywhere. In this article, however, we will talk about the titles available exclusively on next-gen consoles and on PC, or those that give their best on them thanks to Smart Delivery. If you are interested in seeing which titles are also available on One, instead, you could take a look at our article.

In recent years, Microsoft has been able to flesh out its catalog, thanks above all to the increasingly sensational Game Pass, which has allowed the arrival of numerous very good titles within the catalog and all belonging to very different genres. In this guide we will list the best exclusives available on Xbox Series X and S, trying not to leave anything behind.

We repeat once again that we have been talking about for some time now “Microsoft ecosystem”, since many of the games we will examine are also available on PC. This, however, does not mean that there is a lack of very valid and very varied works, such as the very recent one The Medium, or the hilarious Battletoads, which, simply, run best on next-gen platforms.

Some titles, however, cannot be said to be completely exclusive. Ori And The Will of the Wisp, for example, was also released on Nintendo Switch: we included it as it has now become an identity symbol of the console (and because, to be honest, it has not yet arrived on PlayStation). We have not even included other titles produced by Microsoft, but available on all other platforms, such as Wasteland 3, for example, or the excellent The Outer Worlds. 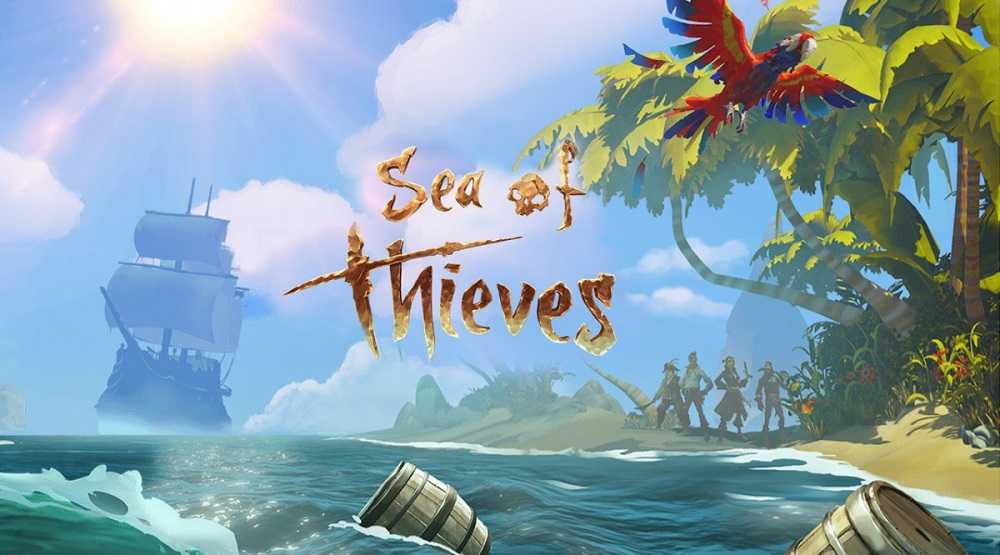 Action, adventure… and a little bit of everything – Best Xbox Series X and S exclusives

Party a little quietly, the pirate simulator from the creators of Golden Eye and Perfect Dark has updated over the years, surviving the passage of time with lots of new content. Rare’s adventure will make you feel like real pirates: choose your character, get yourself a ship and crew and set sail! In Sea of Thieves Treasures await you to find, hordes of enemies to take down, seafaring songs to sing and lots of memories to share with your fellow travelers, thanks to the co-op mode of the title! The game is optimized for new consoles and boasts an improved frame rate and resolution.

The latest adventure of Bloober Team it has been received with very varied judgments (here our review), but it is certainly one of the best esclusive per Xbox Series X ed S. The story of Marianne is a trip to Poland in the 90s in which we can also visit the world of the afterlife, thanks to the protagonist’s powers. The authors’ particular dual vision mode is an original feature that we hope to see again in a sequel that smoothes out the production flaws. The Medium is available exclusively on next-gen consoles and on PC, and it is not a cross-platform product.

We never expected to see the frogs again… Oops, Rare’s toads are back in great shape. Yet, more than twenty years after the last episode of the series, Microsoft publishes a bit of a surprise a new chapter of Battletoads. The game serves as both a sequel and a reboot, and sees Pimple, Zitz and Rash team up with an old foe to face a new threat. All to the sound of jokes, brilliantly animate the scene and many, many blows. Battletoads continuously ranges from beat ’em up moments to more particular sections similar to the puzzle game genre, with a really convincing and fun result. Highly recommended especially if you have a friend to try it with.

Gears of War is a series with a lot of potential, as the guys from Splash Damage have shown with their Gears Tactics. It is a strategic reinterpretation of The Coalition brand, which retraces the footsteps of Gabe Diaz, Kait’s father, in an attempt to defeat the monstrous Ukkon. The result is very positive and recalls the famous X-Com, in a more brutal and violent guise. Again, the title is available in an improved version on next-gen consoles.

Developed by Undead Labs, State of Decay 2 is a deep and original survival. It will not be enough to know how to handle a weapon to survive the zombie emergency; you will need all the help you can get, and for that you will have to learn to create the right alliances. State of Decay 2 is not just about surviving; it is above all knowing how to live in a community on the verge of despair and knowing how to manage its members in the best way, even at the cost of making sacrifices. The title is available in an enhanced version on the new consoles and boasts several technical improvements.

Tell Me Why, the new episodic adventure of DONTNOD, is a touching story about the past of two brothers, and deals with some very delicate issues such as the transsexuality of one of the two protagonists. He manages to do it with great elegance, as usual for the French software house, thanks to excellently written dialogues and a respectable artistic direction. We don’t touch the heights of Life Is Strange, perhaps, but the maturity in the script and characterization of the characters is admirable and gives further variety to the Game Pass offer. Here you can read our review of the first episode.

The first exclusive title developed by Obsidian is, of course … Un survival! Grounded certainly surprised the audience of enthusiasts, who expected the Californian software house to use itcisse with a new role-playing game. The results, however, did not disappoint, and the developers guaranteed a great success, also thanks to its presence on the Pass. On Xbox Series X and S the game is even better to watch, thanks to the improved performance. 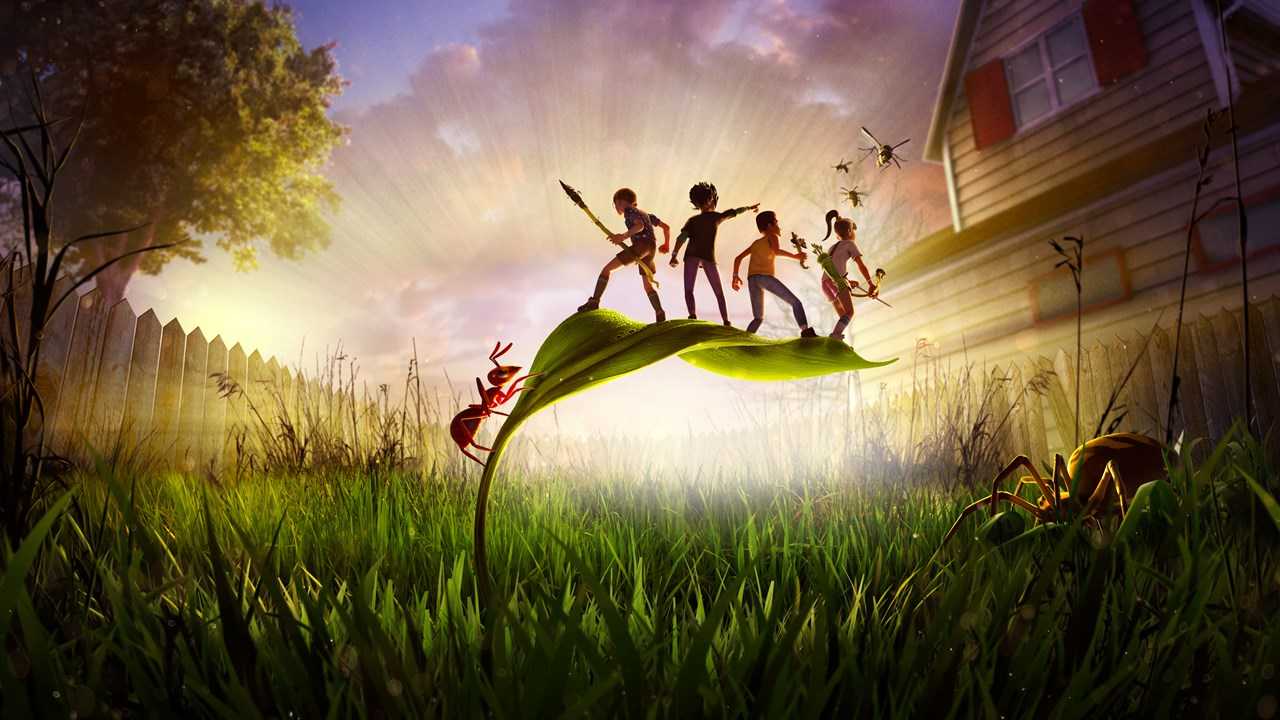 The Falconeer, on the other hand, is a brave indie produced by a single person in which we will play a falconer, that is, a rider of giant hawks. In a fantasy world almost completely covered in water, we will have to decide which faction to side with and how to make a living in an evocative and fascinating open map. It may be small, but it’s worth a lot, as you can read in our review. On Xbox Series X the title travels at a speed of 120 frames per second!

Call of The Sea is a delightful old-fashioned graphic adventure inspired by the tales of Lovecraft. We talked about it in depth in our review and it was one of the most interesting surprises of this year. Are you ready to follow Norah in search of her husband on a remote island?

We close this section with one of the most beautiful games of last year. Ori and The Will Of The Wisp has managed to thrill thousands of players thanks to its aesthetic style and its moving narrative. Not that the gameplay is outdone. On the new consoles, the Moon Studios masterpiece travels at a frequency of 120 frames per second, becoming in effect a must purchase for any owner of this platform.

The Coalition ci propone Gears 5, new chapter of the Gears of War shooter series. The story of Gears 5 will follow that of the previous chapter and will focus above all on Kait Diaz, a COG who finds herself having to disobey direct orders in order to defeat the threat and discover the mystery that binds her nightmares to the Swarm. The new Hivebusters DLC is also available for a few weeks, highly recommended and which we have reviewed here. The game has been optimized for the new consoles and manages to reach even higher technical standards.

The arrival of Ninja Theory among the Xbox stables has brought us a dowry a very special title. Bleeding Edge è a team fighting game which partly refers to games such as Overwatch and Paladins, however, declining them in a hack and slash sauce. Cooperation between players will be essential, as each wacky hero will have different characteristics. The design of the fighters is really crazy and the title lends itself to some pleasant session of extreme blows. Recently the development team announced that will no longer support the title, which still remains perfectly playable if you want to try it, achieving improved performance on Xbox Series X and S.

We couldn’t not include Halo on a list of Xbox Series X exclusives. Well, there Master Chief Collection is a collection containing all the games of the main series before the fifth chapter, in a remastered edition and with a splendid remake version of the second chapter. Already on One everything was splendid to see, but on next-gen it almost seems to be in the presence of games that have just been released. A timeless classic that is still played a lot even today in multiplayer.

On the track on Xbox One: off to racing games! – Best Xbox Series X and S exclusives

When it comes to racing games and Xbox, we cannot fail to mention Forza Horizon 4, the latest open-world addition to the Forza series. Step on the accelerator and perform your best stunts across Australia’s diverse and beautiful locations. Will you be able to get the best models? The game enjoys advanced technical features on the Xbox Series X and S, thus appearing even better than the already splendid original version.

Well, here we are at the end of this breviary on best titles for Xbox Series X and S. If the previous Microsoft console had started under a bad star, we feel we can say that the situation is much more rosy today than in the past. On the Xbox ecosystem you can try many very different titles able to satisfy all tastes. Many of them are playable through the subscription of Xbox Game Pass, but, if you want to buy them permanently, you could take a look at Instant Gaming, one of the sites more supplied and reliable regarding…