The new Bloodhunt, a vampire-themed battle royale title, has learned to record a new important step towards its official debut. From next week, in fact, Bloodhunt will be available in Early Accesso su Steam. The game will be free to play and, as pointed out by the Swedish development team, Sharkmob, will not feature any “pay to win” mode.

Sharkmob announces the arrival of Bloodhunt in Early Access version

Starting with the next one 7 of September the launch of the new free to play battle royale will be recorded Bloodhunt. The game will be available in an Early Access version on Steam. It should be noted that Early Access will be introduced in two acts that will unlock new game areas in Prague, the city chosen as the setting for the title.

At the disposal of the players there will be an unreleased Founder’s Battle Pass, available in both free and paid versions. The game will allow a maximum of 45 players to compete with teams made up of three players with the aim of offering a very varied gameplay.

For more details about Bloodhunt and the debut of the Early Access version, you can consult the official site of the game. Alternatively, the title is already available on Steam. In a few days, with the arrival of Early Access, there will be more details on the new Sharkmob title.

The latest trailer for the game

Waiting for the debut, Bloodhunt has shown itself in a new official trailer: 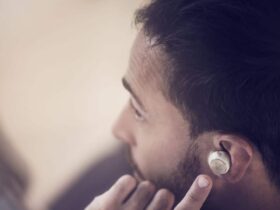