Bridgerton 2 is highly anticipated by fans, but with the second season approaching production comes the bad news that one of the protagonists will leave the series.

Bad news for the public of Bridgerton, the TV series produced by Shonda Rhimes for Netflix and released at the end of 2020, exactly on December 25th. The production has in fact officially announced that a cast member will leave the series.

Bridgerton 2: the farewell of one of the protagonists

The actor in question is Regé-Jean Page who plays the beloved Duke of Hastings and who, after the great success that his character had in the first season, will not return in the second. 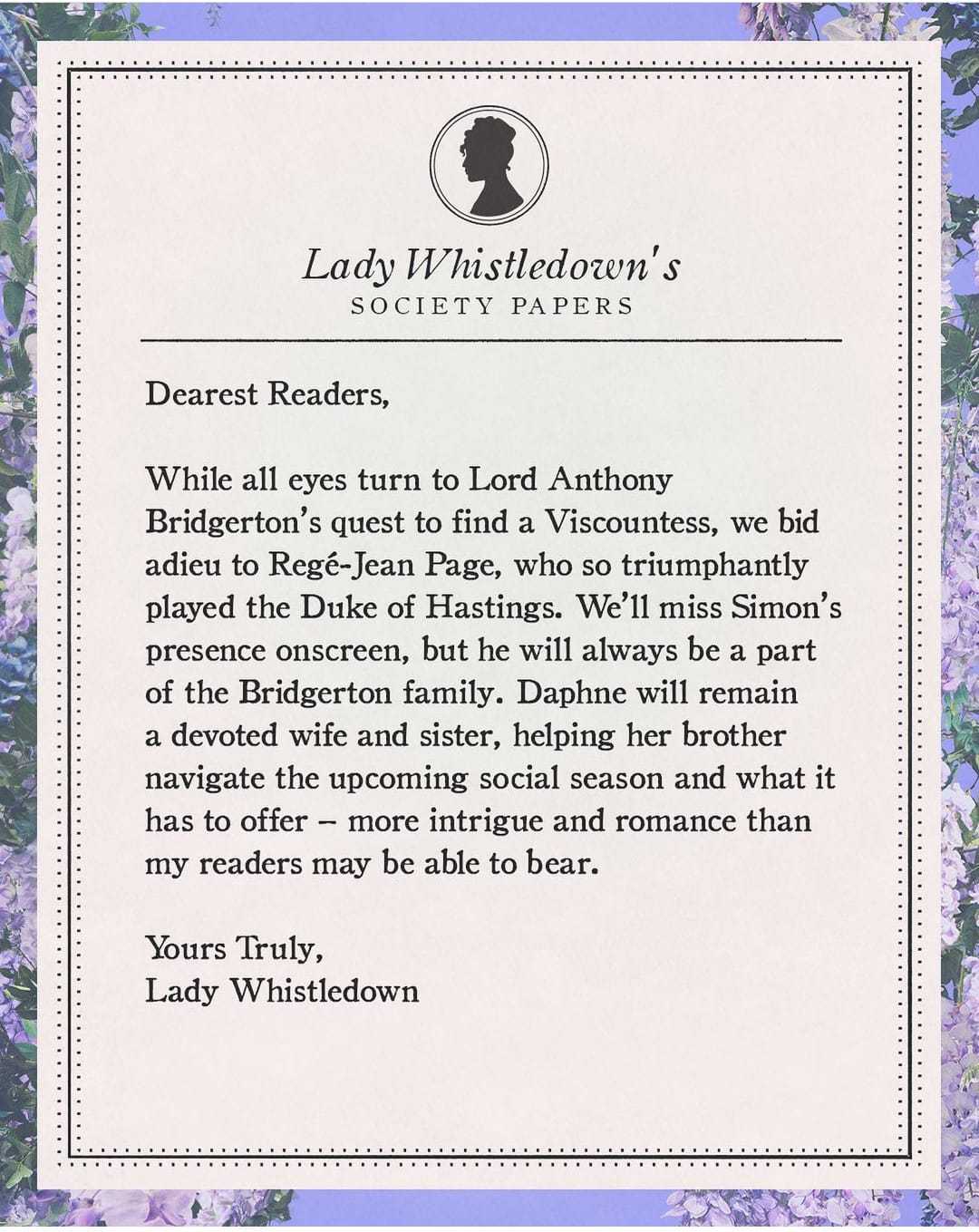 This was announced by the official Instagram account of the series, which published a post in perfect Bridgerton style, with a signed letter from Lady Whistledown who, with the same tone in which she announces the intrigues and gossip of the court, announces the actor’s exit from the cast, stating that he will always remain part of the family anyway.

Really bad news for all fans of the series, because the character was much loved and above all he had managed to get married with the protagonist Daphne Bridgerton and together they created a perfect couple. It will therefore be very interesting to see what happens in this second season and how the absence of his character, Simon, will be justified.

A news that comes suddenly and that therefore will also lead the production to make many changes to the plot and also to new entries in the cast. As Lady Whistledown’s letter suggests, the protagonist Daphne will still continue to support her brother in family affairs and society matters.