Activision has unveiled, in the past few hours, the minimum and recommended requirements for the Open Beta on PC of Call of Duty: Vanguard

A leak yesterday revealed some interesting new news for Call of Duty: Vanguard. From the multiplayer reveal trailer to the announcement of a Open Beta, whose start is set for next September 16th, the next chapter of the famous Activision series is starting to take shape ahead of the official release on November 5th. There will be many new content and progress of the title, that’s for sure, but as Activision usually does, many maps and concepts of the previous titles will also return. In short, the wait begins to get spasmodic, especially among those who have loved and appreciated the chapters of the past as well.

In the past few hours, Activision has also unveiled the minimum and recommended requirements for the Vanguard Open Beta, which will begin, as we have said, on September 16th. You will need to 45GB of space to try it out, so start making room, and it’ll use Direct X version 12. For the complete list of requirements, we refer you to the next paragraph.

Let’s see together the minimum requirements of the Vanguard Open Beta:

Here are the recommended requirements:

And these were the minimum and recommended PC requirements to be able to play the Call of Duty: Vanguard Open Beta. What do you think of Activision’s title? Write it to us below in the comments, we will continue to keep you updated with all the news, guides and reviews on videogame and tech! And if you are interested in game keys at advantageous prices, we recommend that you take a look at the InstantGaming catalog! 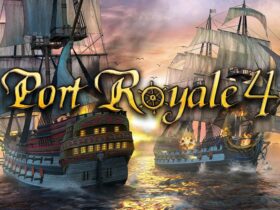