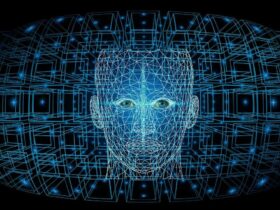 The 2020 Nobel Prize in Chemistry was awarded to Emmanuelle Charpentier and Jennifer A. Doudna, two scientists who worked on the CRISPR / Cas9 technique or the “cut-and-paste” of DNA, used as a basis in the main genetic editing techniques and also to get the most striking results

Emmanuelle Charpentier and Jennifer A. Doudna found out one of the most important tools of genetic technology: the CRISPR / Cas9 genetic scissors. Using them, researchers can modify the DNA of animals, plants and microorganisms with extreme precision. This technology has had a revolutionary impact on the life sciences, is contributing to new cancer therapies and can fulfill the dream of curing hereditary diseases. This earned them the Nobel Prize in Chemistry 2020 and it is the third time in history that the award is completely female, before only Marie Curie and Dorothy Crowfoot Hodgkin had succeeded. Emmanuelle Charpentier was born in 1958 in France where she obtained her Ph.D in 1995 at the Pasteur Institute and today she directs the pathogen sciences unit at the Max Planck Institute. Jennifer A. Doudna. 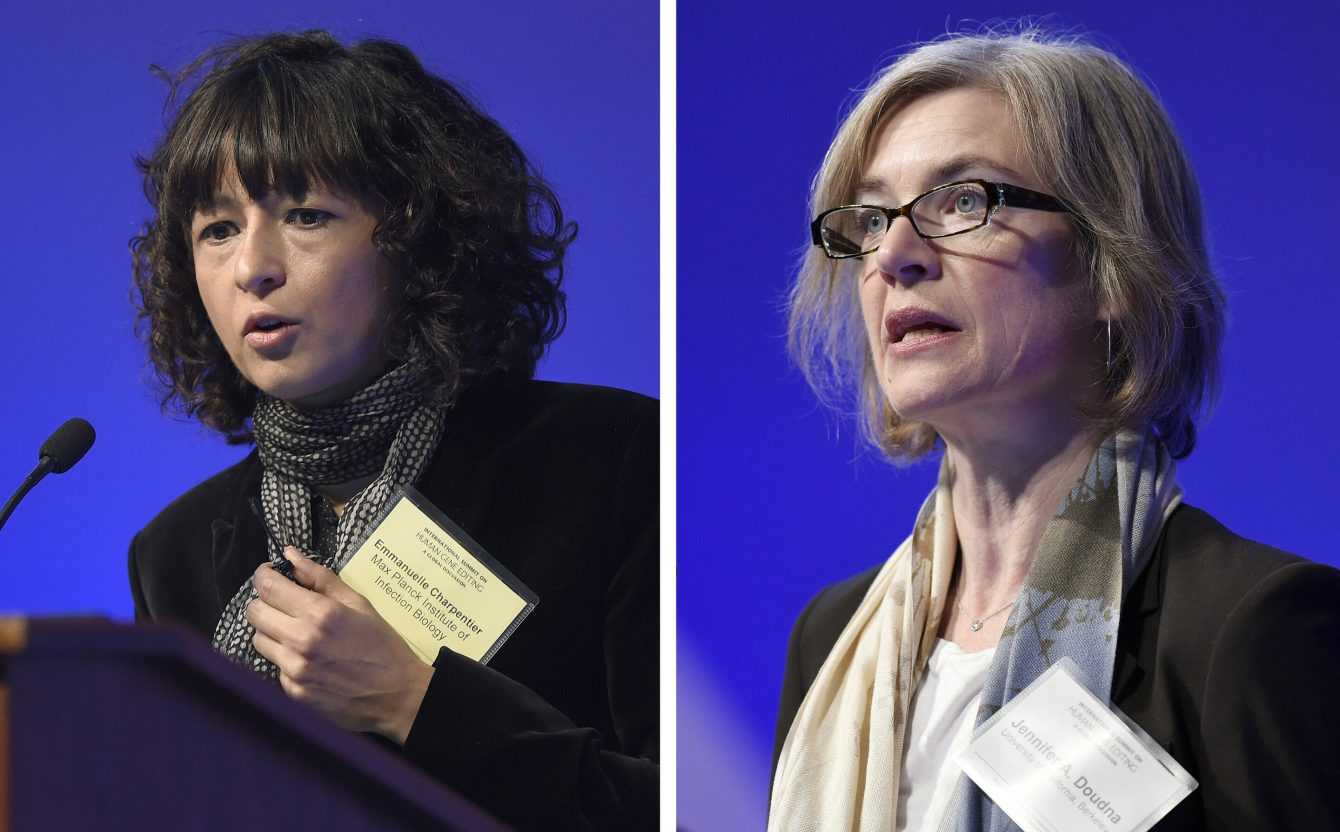 Researchers must modify the genes in cells if they are to discover the inner workings of life. This was a time-consuming, difficult and sometimes impossible job. Using CRISPR / Cas9 genetic scissors, it is now possible to change the life code in the course of a few weeks. Claes Gustafsson, chairman of the Nobel Committee for Chemistry, comments:

There is tremendous power in this genetic tool, which affects us all. Not only has it revolutionized basic science, it has also produced innovative cultures and will lead to revolutionary new medical treatments.

Genome editing is a targeted intervention that allows you to change the natural DNA sequence. The technique that earned Emmanuelle Charpentier and Jennifer A. Doudna the Nobel Prize in Chemistry 2020 is called CRISPR / Cas9, acrononym of Clustered Regularly Interspaced Short Palindromic Repeats, while Cas9 is the name of a key protein in guided cutting processes. Without going into too much detail, it is an agglomeration of proteins and enzymes capable of interacting with DNA. Practically each component of this protein block performs a fundamental function: we find a short sequence of RNA complementary to that of DNA of the site where we want to make the modification that “guides” the protein – this is perhaps the main strength of CRISPR technology because it allows to obtain molecular precision; a protein typically of the nuclease class that allows to cut the desired DNA point; finally, you can add other components that “suggest” how to reconstruct the DNA or let the natural repair systems do their job. It is therefore possible not only remove unwanted sequences, but also try to insert new ones. 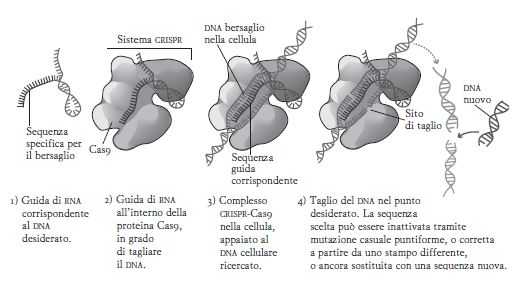 The story behind the 2020 Nobel Prize in Chemistry

As is often the case in science, the discovery of these genetic scissors was unexpected. During Emmanuelle Charpentier’s studies on Streptococcus pyogenes, one of the bacteria that causes the most harm to humanity, discovered a previously unknown molecule, tracrRNA. His work showed that tracrRNA is part of the immune system of the oldest bacteria, CRISPR / Cas, which disarms viruses by cleaving their DNA.

Charpentier published his discovery in 2011. The same year he started a collaboration with Jennifer Doudna, an experienced biochemist with extensive knowledge of RNA. Together, they managed to recreate the genetic scissors of bacteria in a test tube and to simplify the molecular components of the scissors so that they were easier to use. In a landmark experiment, they then reprogrammed the genetic scissors. In their natural form, scissors recognize DNA from viruses, but Charpentier and Doudna have shown that they could be controlled so that any DNA molecule could be cut at a predetermined site. Where DNA is cut it is therefore easy to rewrite the code of life. Since Charpentier and Doudna discovered CRISPR / Cas9 genetic scissors in 2012, their use has exploded. This tool has contributed to many important breakthroughs in basic research and plant researchers are been able to develop crops that resist mold, pests and drought. In medicine they are ongoing clinical trials of new anticancer therapies and the dream of being able to cure hereditary diseases is about to come true. Despite numerous controversies, these genetic scissors have taken life sciences into a new era and, in many ways, are bringing the greatest benefit to humanity. 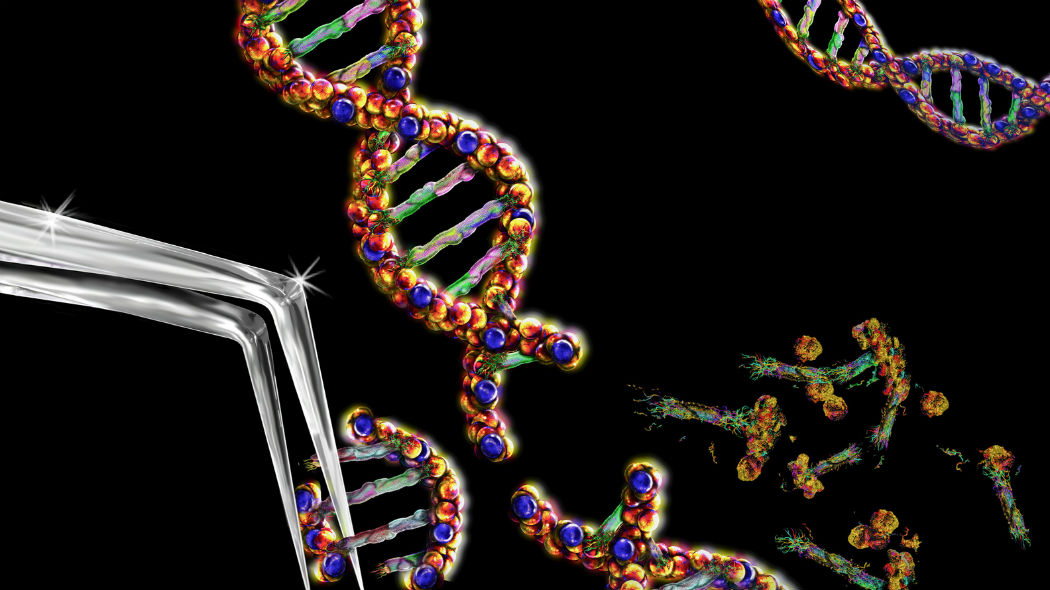