Crystals is a fascinating role-playing video game created by the Colombian team of Dreams Uncorporated e SYCK and published by Modus Games. After you’ve got to try a version Demo that made us very curious, Cris Tales is now finally available and promises to give us a fantastic story immersed in an articulated world that will allow us to travel in time, change and explore it. Let’s find out all the details about Cris Tales in our review.

The protagonist of this fable is Crisbell, a charming grown up girl of the Narim orphanage, a peaceful town located at the base of the great Cathedral of the Signora, a protector deity of the world in which we find ourselves. Under the guidance of Chief Nun who runs the orphanage, Crisbell lives a quiet life together with the other orphans but all that is destined to change due to a rana. This is not a normal frog but a beautiful golden frog complete with a bow tie and top hat. In a hunt for “Alice’s White Rabbit”, Crisbell will come into contact with a supernatural presence.

After this meeting, Crisbell’s world is no longer the same in his eyes. The little orphan is now able to see the past and the future. The discovery of these powers will upset Crisbell but the mysterious frog will prove to be a nice ally. The frog Mathias is in fact able to speak and knows many more things than one would expect from an amphibian. And it is he who will reveal to Crisbell that she is a powerful one Time Mage, able to actively influence the future of the world.

To lead our heroine, Mathias he will ask for the help of Wilhelm, another young wizard who teaches Crisbell how to control his powers without hiding the potential and risks of visiting the past to change the present and improve the future. The latter is in fact threatened by the Empress of Time, a bloodthirsty warrior eager to unleash a new war and bring the progress of industries to a world that is losing its magic. Now begins an adventure full of twists and fantasy.

From the point of view of the Gameplay, Crystals combines classic mechanics with more innovative and pleasant variants. We are facing a classic JRPG with cturnovers in which the classic video game options of this genre are present. Attack, defense, use of objects, skills e leak characterize the actions of the protagonists who alternate on the battlefield. The peculiarity introduced by the game is precisely that of time travel.

From the moment Crisbell gets in touch with his powers, the game screen will be constantly divided into three parts which simultaneously offer the vision of the past, present and future of the area where our protagonist is located. This tripartition is also present during the fights and will give the power to Crisbell of “Carry” enemies into the future or the past, depending on their location. In this way it is possible to put particular debilitations on enemies or even advantages, if you do not use this power to the best. In one of the initial fights, for example, it is possible to alter an enemy’s armor by hitting it with a water attack and then transporting the enemy into the future. Here, the boss’s armor will be completely rusted and it will be easier to hit him.

It is about a more unique than rare mechanic which also has repercussions in the exploratory sequences that carry the narrative forward. The choices we make during the game will in fact change Narim’s present and future. Each city of the kingdom, in fact, can meet and three different “endings” that vary depending on the choices we make. These are not very simple actions that have put us to the test. In fact, we will have to decide whether to save one or rather another house in decline or help an aspiring musician and at the expense of other characters. All for an uncertain and evolving future.

A more unique than rare style 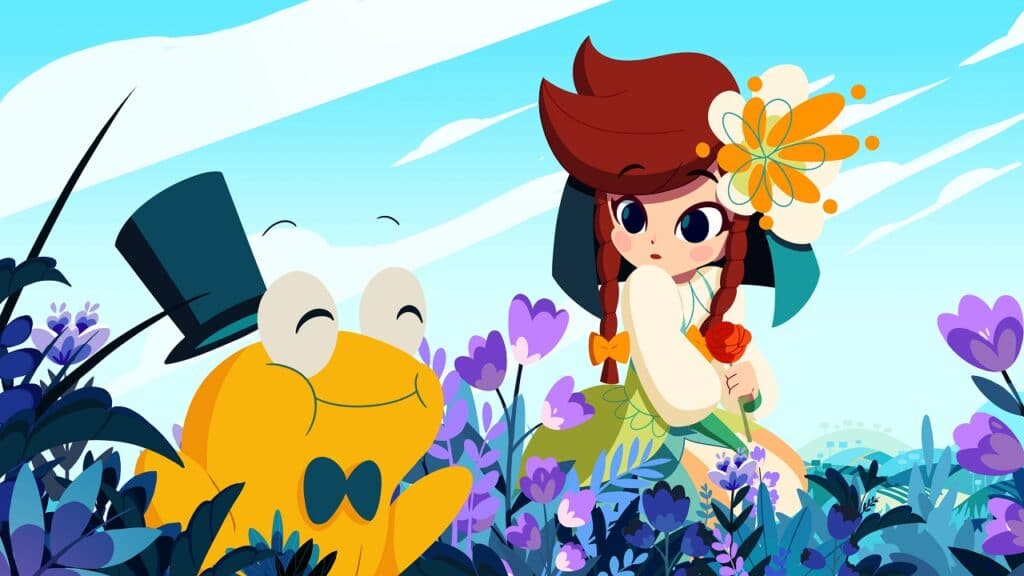 Without a doubt, one of the elements that immediately stand out in Cris Tales is certainly it graphic style. Narim and its inhabitants are in fact characterized by one Colorful hand-drawn 2D style, vibrant animations and a unique design that explodes on the small screen of the Nintendo Switch. The style connects a lot to other titles of the genre such as Ni no Kuni but he manages to create a very particular style that we hope will start a new stylistic trend.

Also from the point of view of sound, Cris Tales manages to give the best. Special music and sound effects characterize the game from start to finish while the English dubbing, with Italian subtitles, any conversation manages to involve the player in this fabulous and vibrant world.

Cris Tales review in a nutshell

Crystals is a fantastic fairy tale that boasts a innovative gameplay that emerges from the contemporary videogame scenario. A small pearl full of twists that combines the classic mechanics of the RPGs a breath of fresh air in terms of plot and novelty. The world of Cris Tales awaits us!