Crosscall, French manufacturer of ultra-resistant and durable smartphones and tablets, unveils its latest creation, ACTION-X5, a smartphone with an atypical design directly inspired by sports codes. With an integrated action-cam, it is intended for anyone who wants to capture their memories in any conditions and environment. With a 3-year warranty and a repairability index of 8.8 / 10, the ACTION-X5 will prove its performance and reliability for a long time.

ACTION-X5, CREATING MEMORIES
Crosscall, which since its inception has inspired users to act and live every moment to the fullest, launches ACTION-X5. A smartphone designed for people who are always on the move, who live a lifestyle that leaves no room for boredom and in which the search for new experiences is essential. Because where there is action, there is life.

The only French telephony actor makes his return with the release of ‘ACTION-X5: he incorporates an action-cam directly into his design, a technology that the Crosscall teams are well aware of and now offering in an optimized version with a significantly better photographic quality than the historic TREKKER-X4 model. Launched in 2018, the latter paved the way for new uses by being the first Crosscall smartphone with an integrated action-cam. Thanks to user feedback and the Innovator Community – 2,300 people who test Crosscall models during all design phases – the engineers of the Aix-en-Provence company have been able to continuously improve this technological innovation. This is an essential point for the brand, which puts users at the center of its thinking and whose priority is to satisfy their needs.

ACTION-X5 has 48MP normal angle (80 °) camera and 120 degree (13MP) wide angle camera on the back but also on the front. A very practical wide angle in selfie mode, for all those who have experienced the feeling of not having the arm long enough to include all the subjects in the frame. ACTION-X5 natively incorporates the X-CAM application developed by Crosscall, which allows you to film by choosing the desired angle but also the most suitable mode, such as the traditional SLOWMOTION and TIMELAPSE or the DASHCAM mode, which allows you to let the phone film continuously and to choose only the most salient (and sudden) shots with a simple click. A capture mode perfectly suited to action moments, where the best sequences are often the most unpredictable. In addition to these modes, users can add the HYPERSTAB function, developed by Crosscall teams and partners to allow them to keep the horizon straight when shooting on the go.

After capturing even the most intense moments, the user becomes a director with X-STORY, the CROSSCALL application natively installed on ACTION-X5. An editing application that instantly transforms recorded videos into unforgettable movies. Easy to use and intuitive, it allows you to cut, adjust sequences, add music in just a few clicks and instantly share the video wherever you are. No need to wait to go home to work on your editing and share your highlights!

With its Qualcomm 6115 Octocore processor chosen by Crosscall engineers for its combination of performance and energy savings, and its 3,850 mAh battery, ACTION-X5 is suitable for all uses and lasts for a long time: up to 25 hours of communication o 11 hours of GPS use without recharging and 13 days of standby time.

A DESIGN MADE FOR ADVENTURE
ACTION-X5 is a product with a decidedly sporty design that challenges the rules of the game. Its materials, identity, color and rhythmic lines are directly inspired by the outdoor world. An aesthetic that perfectly embodies the design identity of the French brand and that focuses on use. In fact, the design and materials used for the conception of ‘ACTION-X5 are not casual, but designed to adapt to the most varied uses in the field. As with all new Crosscall models, user feedback has been incorporated into the development process. Designed with a 5:45 ″ 18: 9 screen, ACTION-X5 is the perfect compromise between comfortable readability and optimal grip. Thanks to its format, 80% of the screen can be accessed with one hand. The screen can be used with wet fingers thanks to the WET TOUCH technology, and the GLOVE TOUCH also allows use with gloves. Super handy for filming your snowboarding feats or just making a phone call at the top of the slopes! And with a functional use between -25 ° C and + 60 °, it resists the most extreme temperatures and can accompany the user to the four corners of the globe.

Features that serve the user in a smartphone designed in the purest Crosscall DNA. Ultra tough, the ACTION-X5 meets the “Crosscall Standards”, a rigorous set of specifications developed by the brand that goes far beyond what is usually done in mobile telephony. IP68 certified, ACTION-X5 is impermeable to all liquids and dust, allowing its users to experience their adventures in the most extreme conditions without any compromise. With a 3-year warranty and a repairability index of 8.8 / 10, ACTION-X5 will accompany its user over time and guarantee optimal performance.

CROSSCALL TURNS SMARTPHONES INTO WALKIE-TALKIE
Two programmable buttons located on the edge of the phone and perfectly positioned under the index finger and thumb, allow you to set the desired functions. The programmable button located under the index has been designed for a simple and intuitive use of Push-to-Talk: with its X-TALK application, Crosscall allows you to use your smartphone as a walkie-talkie and communicate with several people at the same time and instantly, with no distance limits. Whether it’s during a ski session, a big hike or a bike ride, there are many activities where you want to communicate quickly with your group and where the use of a walkie-talkie could be helpful. With X-TALK natively installed on their ACTION-X5, sports and outdoor enthusiasts will now have the ability to easily communicate and share their location through a tool that’s always at hand. Trail runners, mountain bikers and skiers will be able to communicate with their friends with a single gesture and without having to interrupt their activity!

WebAnimator Plus 3 review: 1000 flavors plus one animations 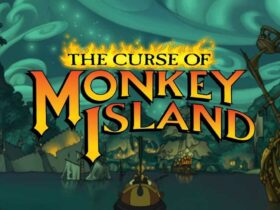