Is Cubbit worth trying? Who is it suitable for? And above all, what are the benefits that are obtained in exchange for € 2.99? Let’s find out together …

Just a few weeks ago, Cubbit launched Cubbit Cloud, a solution that gives you access to Cubbit’s super-secure cloud for just € 2.99 per month. This is a very low price in exchange for a one-of-a-kind zero-knowledge cloud storage service, especially when compared to the € 289 required for a Cubbit Cell.

But the question is not price convenience. In fact we are not talking about the usual traditional cloud solution: Cubbit does not sell your personal data, does not need to place them on polluting and expensive data centers and does not keep your files exposed on some remote server.

So here we go again: is it really worth it? And for whom? And above all, what are the benefits that are obtained in exchange for € 2.99? Let’s find out together!

We reviewed Cubbit in December: a zero-knowledge cloud storage service optimized to guarantee you maximum safety.

Unlike cloud services such as Google Drive, iCloud, and Dropbox, it is zero-knowledge, which means that no one, not even Cubbit, can access its users’ files without their consent.

Cubbit offers the same privacy as a NAS while maintaining the convenience and ease of use of traditional cloud storage. How is all this possible?

What makes Cubbit unique is its infrastructure

Every file uploaded to Cubbit is protected by three levels of security:

1) AES-256 encryption: military-grade standard, similar to what is also offered by some cloud providers already on the market.

2) Zero-knowledge technology: the highest level of security currently available on the market, a level of protection such that no one – not even Cubbit acting as a cloud provider – can access the data that is saved on the network. This is because the password with which the files are encrypted is also encrypted.

3) Fragmentation and distribution: the zero-knowledge encrypted data is also protected by this additional security step (i.e., it is fragmented into 24 pieces, redundant in 36 parts and distributed in the peer-to-peer network), which makes files inaccessible even in the event of violations of the individual nodes.

In the worst case scenario, even if someone could decipher the data, what is found is only a small fragment of the data itself: no whole information is kept anywhere.

The nice thing is that out of 36 fragments, just 24 are enough to reassemble the original encrypted file. If one of these snippets goes offline, Cubbit creates new ones automatically, all without ever knowing their content.

And that’s not all! Just under a month ago, Cubbit launched Cubbit Cloud, a subscription-based zero-knowledge cloud storage solution that everyone is already talking about online!

But why so much interest? And what does the offer consist of?

The difference between Cubbit Cloud and other services on the market is obvious. First of all for the price: Cubbit Cloud starts with a plan from 100 GB for just € 2.99 per month.

And this is a smart move: in fact, the most popular cloud solutions all start with 1TB or 2TB plans, space that often remains unused by most users who are not photographers, designers or videomakers.

A 100GB storage space is reasonable storage for anyone who needs to securely store just a handful of very important documents, photos, or videos that they can’t afford to lose for any reason.

From a user’s perspective, Cubbit might be a little slower than Dropbox & co. But is it really? A little, but not as much as one would expect from a company that is so focused on privacy.

Recently, the company released a software update that has increased upload and download speeds by up to 6x, so Cubbit is raising the bar and will raise it more and more in the months to come.

Speed ​​matters. But Cubbit made it clear that while its developers are working to make it even faster, the company’s main focus is and always will be privacy.

What are the benefits of Cubbit and why should you consider it?

In their own words, “Cubbit doesn’t trade your privacy for speed.” Your files are not hosted in plain sight on some remote server.

Instead they are encrypted, fragmented and distributed on a p2p network in the hands of its users, and as you can imagine, the cryptography and the distribution some files take some time. You can’t have your cake and eat it too. It’s a trade-off that most users aren’t aware of (but they should be!).

Being distributed, Cubbit truly offers a level of security that no one else can offer.

In 2021 alone, millions of people lost their files due to hacker attacks. In particular, Microsoft users during the Microsoft Exchange server hack, which compromised tens of thousands of organizations, and Operation Ghostshell, where hackers used Dropbox as a pivot in cyberattacks against aerospace and telecommunications companies.

Many people don’t realize the seriousness of the risk they face every day online. We’re not * just * talking about personal files, constantly a victim of prying eyes.

We are not assuming a distant theoretical randomness. This whole nightmare really happened to 77 million PlayStation users in April 2011. And your money isn’t the only thing at risk here.

It is not a pleasant experience when your personal information is exchanged on the dark web. When it comes to safety, it’s not a question of if, but when.

The internet is not an amusement park. Like the night, “it is dark and full of terror.” Here’s why you should consider Cubbit: start protecting your files in the safest place on the internet for just $ 2.99 a month. 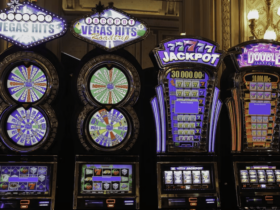 Online jackpots and their characteristics 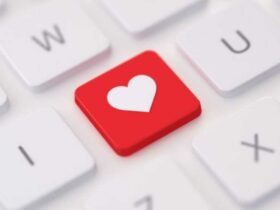 Tech Valentine’s Day: the 5 romantic and smart cities to visit