Nothing done for the return “in presence” to E3: the 2022 edition will still be digital due to the risks of the Omicron variant of COVID

The variante Omicron, a new worry in this continuous health emergency, has claimed its first victim (fortunately in a metaphorical sense): in this case we are talking aboutE3 2022, who will still have to opt for adigital edition. Although theTHAT (Entertainment Software Association) had different plans, the pandemic has again forced the body to put the health of guests and publisher representatives first. It is certainly better than the cancellation we dealt with two years ago. However, this is the second consecutive appointment where we will not see crowds of fans queuing up.

A digital edition for an E3 still out of the ordinary: the first damage of the Omicron variant in 2022

ESA’s statement in light of the Omicron variant was not long in coming: “Due to the continuing health risks on COVID-19 and its potential impact on the safety of exhibitors and guests, E3 will only be in digital format for the ‘edition 2022. ” In the press release, the institution later described itself as “incredibly enthusiastic” about the future of the fair, “looking forward” to release more details on the matter. One of the cornerstones of this enthusiasm are the “possibilities” of an online event (an understandable optimism). The caution follows a new spike in infections caused by the new variant, but there are some discussed exceptions. We’ll come back to the tweet below later.

the controversy were not lacking on the occasion of the CES technology summit (Consumer Electronics Show, “Consumer electronics show”, ed). In this case the event, scheduled for this week in Las Vegas, will be in attendance. This, however, despite the risk of creating a “colossal outbreak”. Even if there are months to go and it is possible that the rise in infections is an old story in June, ESA is in the midst of the organization and is contacting the companies concerned. If the event had been held in attendance, this type of advance would have been needed to assign seats to each publisher in an event capable of hosting 50,000 people. Meanwhile, the Game Developers Conference (GDC) is expected in the “classic” version from 21 to 25 March, while the Summer Game Fest (above) has been reconfirmed for this year.

Now it’s up to you to tell us yours: was it a cold shower for you or were you ready? Let us know below, and as always don’t forget to stay on TechGameWorld.com for all the most important news for gamers and more. For your purely gaming needs, you can instead find the best discounts in digital format on Instant Gaming. 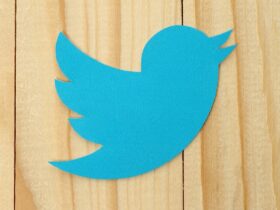 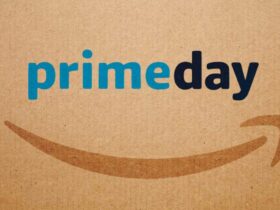 Person 6: a rumor speaks of possible news coming in 2022