For those who have aelectric car, the return of the mythological half seasons is not just an elevator conversation topic, but a real hope. As we have already seen in recent months, in fact, electric cars, especially their batteries, are very sensitive to the outside temperature. And, as in summer, electric cars suffer from conspicuous in winter loss of autonomy. These drops can also reach “remove ”one third of the autonomy. But why does this happen? Why do electric cars lose so much range in winter? And what can we do to limit the loss of autonomy? Today we will try to find out everything here together.

How an electric car battery is made

To understand why current electric cars lose so much range when temperatures drop below 10 degrees, it is essential to understand how an electric car battery works. In April we had gone into a lot of detail on the composition of a lithium-ion battery today. If you want to know in detail all the chemistry behind accumulators, I suggest you read our article “What affects the range of an electric car?“Which you find at the bottom of the page. Here, instead, we’ll do a small excursus to clarify the key concepts behind a lithium-ion battery.

The battery packs most used in the car world use an elementary component, the cell. Present in dozens and dozens within a single battery, the cells are the place where the charge and discharge cycles of the battery take place. Inside a cell we find in fact the anode, the cathode, a circuit that connects the anode and the cathode and a fluid, theelectrolyte. The electrolyte is a conductive liquid, at the basis of the functioning of a cell. For this, the batteries used today are defined “In the liquid state”.

Within this electrolyte are indeed immersed in lithium ions, responsible for the exchange of energy. Thanks to its conductivity, the electrolyte allows the lithium ions to move from anode to cathode during discharge. Conversely, in the discharge phase, the lithium ions move from cathode to anode in the charging phase. The electrons present in the cell, on the other hand, make the reverse journey on the circuit. This balance that allows the exchange of chemical and electrical energy is what allows an electrical system to function with batteries. And, therefore, also at the basis of the operation of electric cars.

Why does the cold make the range of electric cars worse?

We have a rough idea of ​​how a battery cell works. Now is the time to understand why the cold worsens the range of an electric car. The reasons are many, and not all of them are caused by the battery. However, the main consequence that cold temperatures generate is felt right inside the accumulators. As we said before, the cells that make up the battery use state-of-the-art technology liquid. As we all learned during the school years, though, liquids can change their behavior as the temperature changes. Think, to understand what I’m talking about, about water. At 100 ° C, the water evaporates, while at 0 ° C it solidifies, freezing. Inside a battery, of course, neither an ice cube nor a vapor-filled cell are obtained.

The electrolyte, however, although it does not freeze or evaporate, changes its viscosityto. What does it mean? Viscosity is a characteristic of fluids that measures the creep resistance. To make you understand what we are talking about, a very viscous fluid is honey or syrup. These are very dense liquids, and difficult to flow. Conversely, a low viscous fluid is the same water, or gasoline. Therefore, although each fluid has its own viscosity, temperatures can greatly modify this characteristic. In particular, the electrolyte at 20 degrees has an optimal viscosity for lithium ion exchange. When the temperature rises, the viscosity drops below the optimal level. As a result, more lithium ions move inside the cell than necessary. This abundance of electrons makes the entire charge and discharge cycle inefficient. 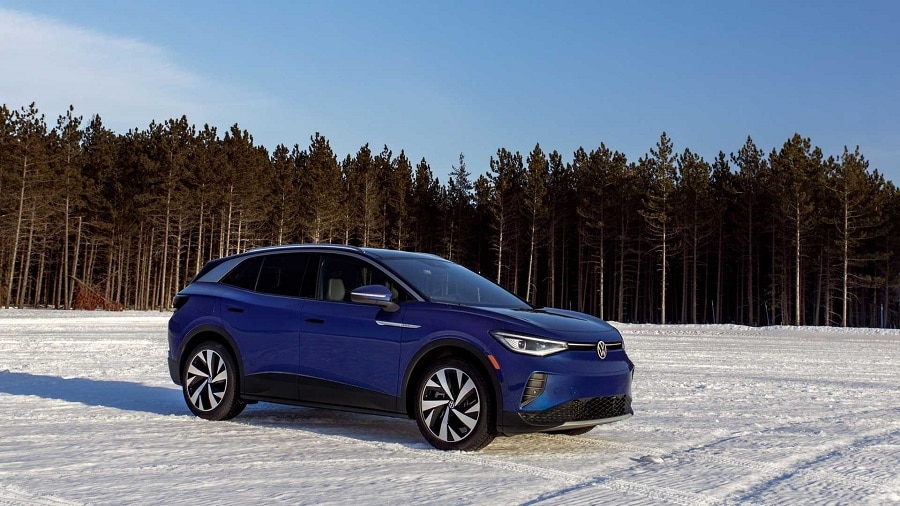 On the other hand, when temperatures approach 0, the electrolyte becomes much denser. This viscosity so high makes it difficult for lithium ions to pass through. These ions struggle to move from anode to cathode, both in the discharge phase and in the charge phase. Consequentially, the battery performance of electric cars in winter collapses. Batteries cannot have the same performance in cold climates as they do when temperatures are optimal. What do we mean by optimal? An outside temperature between 15 and 25 degrees. And how much is the loss of autonomy? It depends on the electrolyte used, the temperatures, where you park your car at night and many other factors. In general, however, the efficiency of a lithium-ion battery can drop by about 15/20% in cold weather.

Charging electric cars in winter is also not optimized

Charging is also not optimal for the same reasons. If we connect our electric car to the current with a low temperature, the viscosity of the electrolyte will slow down the charging rate. This way, it takes much longer to recharge. Because of this, many electric cars are equipped with air-conditioned batteries, which are cooled in summer and heated in winter. Many cars, when a charging station is set as a destination on the navigator, activate a heating system of the battery pack. 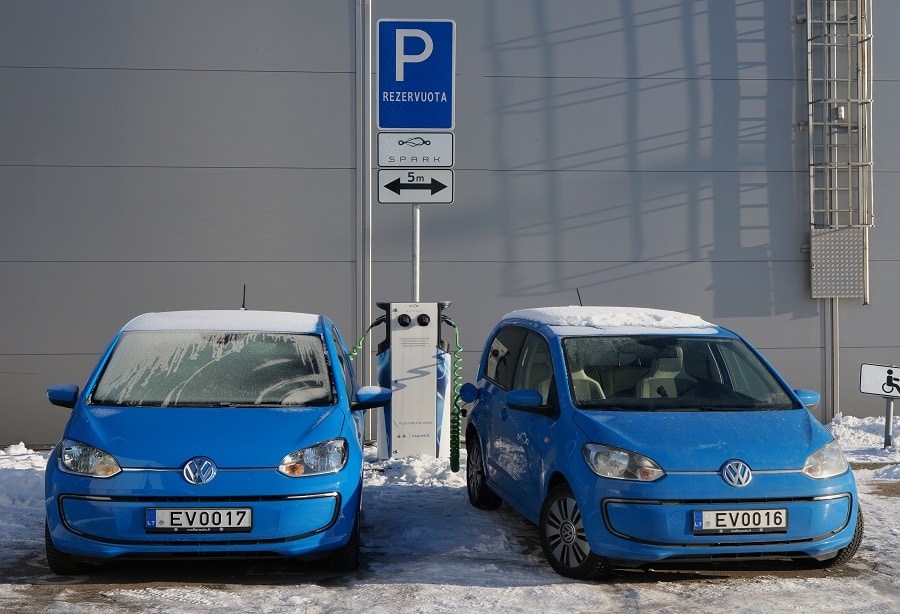 So, once you get to the column, the viscosity of the electrolyte will be optimal, and recharging can be carried out without problems. Before you say it though, this ploy cannot be used extensively to maintain optimum temperatures in gear. This is because such a heating system it would absorb more energy than it would optimize. In this case, the game is not worth the candle. The current batteries are however heated, to avoid a too low performance. But, to date, warming is never reached such as to guarantee a constant 25 degrees.

Between chemistry, aerodynamics and heating, autonomy losses can reach 30/40% 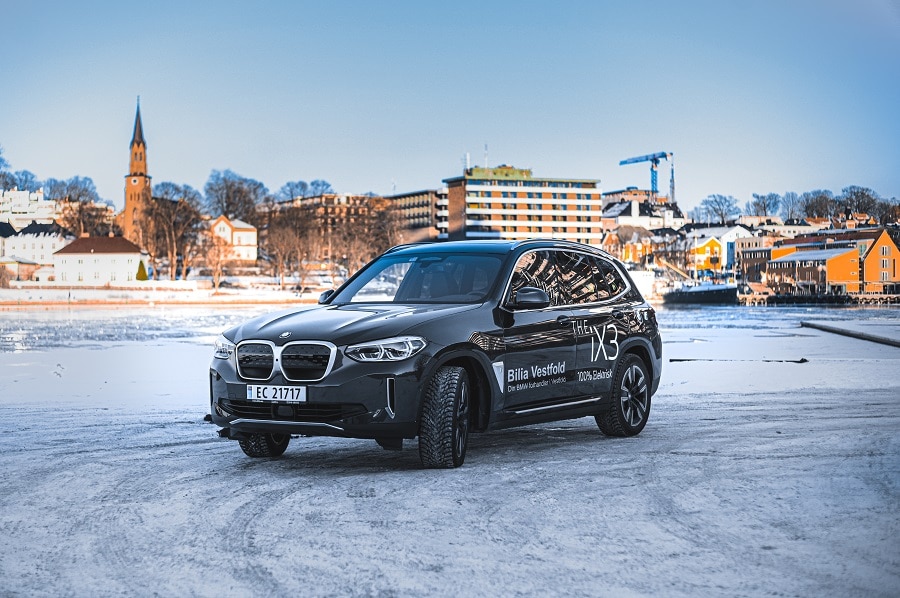 Air conditioning the passenger compartment of a car, however, is not a “free” procedure. In fact, both on thermal and electric cars, it is necessary to useenergy to heat or cool the interior. On thermal cars, the use of the heating or air conditioning system can reduce consumption by 5%. Likewise, a lot of autonomy is lost on electric cars, even more than a thermal car. The total autonomy is in fact affected between 5 and 10% when using traditional heating systems. To remedy this problem, several battery-powered cars use a heating systems heat pump. These systems do not use an electrical resistance like classic heaters. In reverse, collect the heat emitted by the engine and electrical systems, returning it “at no cost” to the passenger compartment. This system, introduced by Hyundai e KIA and used by many electric cars, it allows reduce the impact of heating to only 1/2%.

However, winter does not only affect cars, but also the asphalt, the climate and the air. For this, there are other factors that worsen the range of electric cars in winter. As temperatures drop below 5 ° C, in fact, the grip offered by summer tires becomes limited. For this, as we told you in a dedicated article, it is good to “wear” winter tires. These however, due to the very grooved treads to fight rain, snow and ice, have one increased rolling resistance. Only winter tires reduce the range by at least 5/7%. In addition to them, the asphalt is also less permissive, colder and often wet or snowy. These circumstances contribute to increasing rolling resistance. Finally, also theaerodynamics play a bad joke.

The speech made for fluids in fact also applies toaria. The air we breathe is in fact a fluid, and is subject to the same rules we talked about earlier. In fact, in winter the air density is higher. As a result, it is more difficult for a car to “cut” the air to drive at high speeds. This therefore increases the power requirement to travel at a speed of 90 km / h, for example, by 3/4%. This resistance to advancement ends up having an impact once again on autonomy. As you can see, then, winter is really the enemy of electric cars. The decline in autonomy, taking into account the highly variable conditions, it can also reach cold areas such as Northern Italy 30/40%. Your electric car that can drive in the summer 350 km with a charge, therefore, in winter it could barely exceed 200.

Are we therefore condemned to travel less in winter? Surely, with current battery technology we will never be able to eliminate this difference in autonomy. To be able to cover the same km in all conditions, net of the drop caused by winter tires and aerodynamics, we will have to wait for solid state batteries. This new type of battery, which is expected to hit the market within the next 5 years, does not have cells containing an electrolyte. Inside the individual cells, however, there is a solid conductive material, therefore capable of keep their properties unchanged in summer as in winter. In addition, thanks to aenormously higher efficiency, they should weigh much less than current batteries and guarantee much more autonomy. 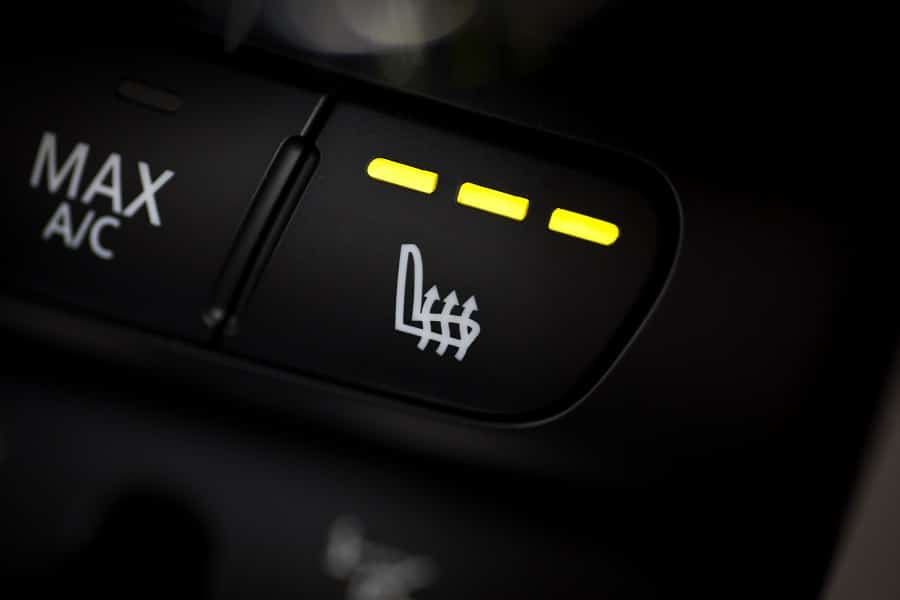 While waiting for these revolutionary batteries, there are some precautions that can be taken to limit the decrease in autonomy. Which?…