In recent years, e-cigarettes have helped millions of people around the world to quit smoking

If you have the addiction to smoking, you are definitely aware of the damage to the lungs and the risk to your health and that of the people around you. If you have decided to stop smokingWhatever your reason for doing so, we have some good tips and strategies to help you achieve this.

In recent years, e-cigarettes have helped millions of people around the world to quit smoking. Today, in Italy alone, there are over 2 million people who use it regularly.

Science has recognized that the e-cigarette is the 95% less harmful than the traditional one, thanks to the fact that there is no combustion of tobacco but only vaporization of a liquid. Also known as e-cig, they are therefore much less harmful than cigarettes and can help you quit smoking forever.

What are e-cigarettes and how do they work?

An electronic cigarette is a device that allows you to inhale nicotine in vapor rather than in smoke. The vapor inhaled usually is flavored and contains a variable amount of nicotine which can be modulated at will.

There are e-cig models on the market that do not even contain nicotine but only flavored liquid.

Electronic cigarettes they do not burn tobacco and do not produce tar, carbon monoxide and other toxic gases, highly harmful elements in tobacco smoke. They work by heating a liquid that usually contains nicotine, propylene glycol and / or vegetable glycerin and flavorings.

There are different models of electronic cigarettes and it is often not easy to find your way around, especially for beginners. In any case, simplifying the discussion, we can summarize the different models in these 3 large families:

The pen electronic cigarette looks a lot like a pen and resembles the traditional cigarette. Practical and extremely comfortable, it has the disadvantage of having a battery that does not guarantee great autonomy, therefore it is not recommended for those used to smoke frequently.

It is a Compact, handy and pocket-sized rechargeable device, often in the shape of a USB stick or pebble, with e-liquid capsules. The vapor it emits is not excessive and is odorless. It is ideal for those who want to quit smoking because it satisfies an immediate need for nicotine without resorting to the use of traditional tobacco. The battery life is not very long, which is why several manufacturers have introduced the portable charger in the package.

Of different shapes and sizes, it is generally the largest e-cigarette device, nearly the size of a pack of cigarettes. It has a refillable tank, long-lasting rechargeable batteries and variable power.

All models have in common the inhaler, that is the cartridge containing the liquid to be inhaled, the atomizer, or the element used to heat and vaporize the liquid, and finally the battery.

If you are not a heavy smoker, the best choice is one vape pen or pod system, while if you smoke 1 or even 2 packs of cigarettes a day it is advisable to try a sistema Box Mod.

It is also important to choose the right concentration of the e-liquid to meet your needs, so a specialized vape shop can help you find the right device and liquid for you. The advantage of the e-cig is to offer a tactile and gustatory experience really similar to that of the traditional cigarette, without however suffering serious damage to health.

Does the e-cigarette help you quit smoking?

Millions of people around the world have already quit smoking with the help of an e-cigarette that helps manage nicotine cravings and control addiction. For it to be effective, it is advisable to use it as needed and with the right concentration of nicotine in the liquid.

A major British clinical study published in 2019 found that people who used e-cigarettes to quit smoking had twice as likely to be successful than people who have used other nicotine replacement products, such as patches or gum.

A study conducted in the USA found that for every 100 people who use e-cigarettes to quit smoking, 10/11 successfully quit, compared with 6 in 100 who adopt nicotine replacement therapy using patches and gum, or at four out of 100 who use behavioral therapy.

Of course, you won’t get full benefits from the e-cigarette if you don’t stop smoking cigarettes completely.

How safe are e-cigarettes?

Vaping with an electronic cigarette is far less harmful than smoking a traditional cigarette: it does not produce tar or carbon monoxide, two of the most harmful elements in tobacco smoke. Most importantly, the liquid and vapor do not contain all of the harmful chemicals found in cigarette smoke.

A study published in 2017 and funded by Cancer Research UK certified a significant reduction in the presence of carcinogenic substances in the body of people who have switched from traditional cigarettes to electronic cigarettes, already after only 6 months.

What about the risks of nicotine? While nicotine, the addictive substance in cigarettes, is relatively harmless, nearly all of the harm from smoking comes from the hundreds of other chemicals found in tobacco smoke, many of which are even toxic.

There is no evidence that vaping causes any harm to the people around you.

This cannot be said, however, for the passive smoke of cigarettes which are known to be extremely harmful to health.

56 studies conducted in the US on a sample of 12,804 adults have shown that e-cigarettes certainly help people quit smoking for at least six months, certainly working better than nicotine replacement therapy that uses patches and gums.

The same studies have also shown that the e-cigarette is much more effective than the behavioral support offered by a therapist alone, and are not associated with serious side effects.

Are e-cigarettes safe during pregnancy?

Funko Pop: present the latest releases of the One Piece series 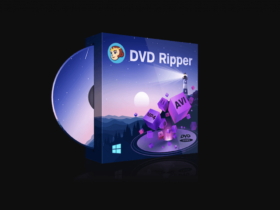 Lost in Random: EA and Zoink show the story trailer!

Samsung: tips for facing the summer with Michela Coppa

Beko: the future lies in the sustainable economy