According to the 2021 index of reBuy, made public in recent days, we are placed in an honorable third position in the EU, behind Germany and France, for environmental savings in this sector.

Which, as we wrote in a recent article, shows truly surprising numbers: just think that every day we throw something like 78 million batteries of electronic devices in the garbage can.

Let’s find out in more detail the reBuy study, which also touches on the theme of recycling, an important tool for limiting CO2 emissions. Important but so far underestimated, since research by EnAbles tells us for example that less than 40% of the batteries used by IoT (Internet of Things) objects are properly recycled.

The reBuy report on e-waste from mobile phones is packed with interesting data.

reBuy, a German company that deals with the purchase and sale of used electronic products, compared the habits of 27 EU and non-EU countries regarding the disposal and reuse of mobile phones, that is, of a large part of electronic waste.

In fact, the presentation of the study underlines how smartphones have now become the symbol of electronic disposable.

The survey covers 24 countries of the European Union, to which Canada, the United States and New Zealand have been added. Data collection began using the EU framework for calculating electronic waste, which was then supplemented with data obtained through an online survey.

The number of cell phones in each country has been determined, including those that have been decommissioned but not yet disposed of. But also the amount of electronic waste generated by the improper disposal of mobile phones and the rate of recycling and reuse.

The reBuy 2021 index showed that Sweden is the country with the highest number of decommissioned phones per capita, 1.31 per inhabitant. The Swedes therefore have the negative record of the largest number of abandoned but not recycled smartphone models. In second place was Finland, with 1.29 phones, and in third place the United Kingdom, Lithuania and Estonia with 1.24 mobile phones per capita.

The lower number of disused mobile phones belongs to New Zealand: 0.54 per inhabitant.

The United States has the largest total number of decommissioned cell phones: 223.1. Germany is far behind, with 84.7 million units, and the United Kingdom with 83.1 million.

Twelfth place for Italy with 1.05 disused phones each.

Each Italian has 0.96 mobile phones in use, against the aforementioned 1.05 of disused devices. That is equivalent to 63.4 million sets, for a production of 2,078 tons of electronic waste.

The recycling and reuse rate of mobile phones in our country is 75%. Regarding the sales value of the metals that has been saved, it exceeds 154 million dollars. The data assures us the fifth position among the 27 countries surveyed. 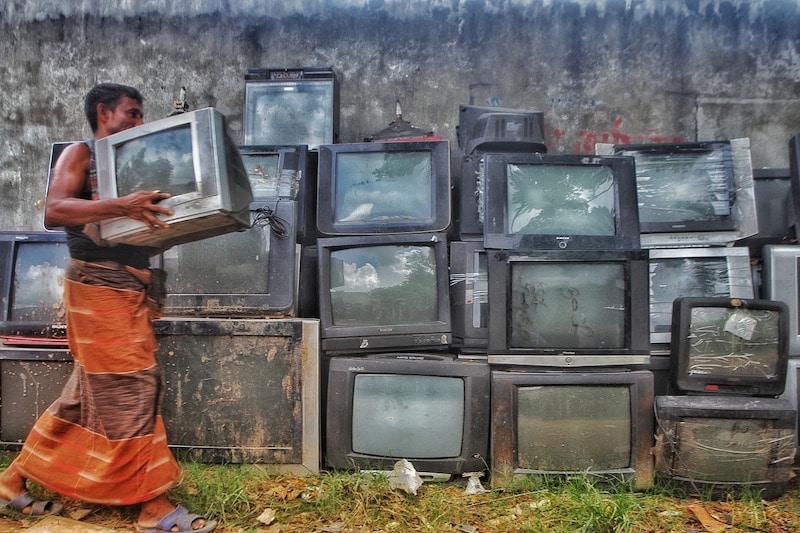 The particular sector of electronic waste represented by mobile phones was also analyzed by reBuy with regard to the environmental impact.

Specifically, “the total amount of CO2 that would be used to produce the equivalent number of mobile phones marketed in the country and the total weight of lead, arsenic and mercury in the disused smartphones in each country, which if they were disposed of in improperly, it would disperse into the ground ”.

who Italy gained the third position in the EU behind Germany and France, with 21,658 kilograms of toxicity avoided. It is actually the fifth overall position, because the United States and Great Britain have done better than us.

The parola a reBuy

The total e-waste generated by all 27 countries in the index is 23,964 tons, the equivalent of more than 54 Boeing 747-8 aircraft loaded with maximum weight at takeoff.

These are the words of Philipp Gattner, CEO of reBuy: “What this study illustrates is that each of us has gold, silver, palladium and more forgotten in the cupboards and in old drawers, inside our old phones no longer wanted. The sales value of all the precious metal contained in the decommissioned mobile phones of the 27 countries included in the index is 1.9 billion euros.

If all of these phones were properly recycled at e-waste collection centers, then these metals could have a second life elsewhere, and reduce the need for potentially more harmful mining. “