In this article we will see the review of Enermax’s Liqmax III 360 ARGB, a colorful, refined and functional dissipation system

Enermax has a great history in the world of cooling but we believe with this Liqmax has really outdone itself. An excellent heat sink with a particular and elegant style. We had the opportunity to review this product in white color, and for this we thank Enermax who gave us the opportunity to choose this color variant.

Thanks to this choice we were able to give further meaning to another of our reviews that I invite you to read. Obviously I’m talking about Lian Li’s O11 Dynamic Mini Snow Edition case.

Having made the necessary preambles, let’s start by seeing how this heatsink behaved in the tests in idle, in gaming and with CPU al 100% of use. But only after having sifted through the contents of the package and after having seen the aesthetic side. 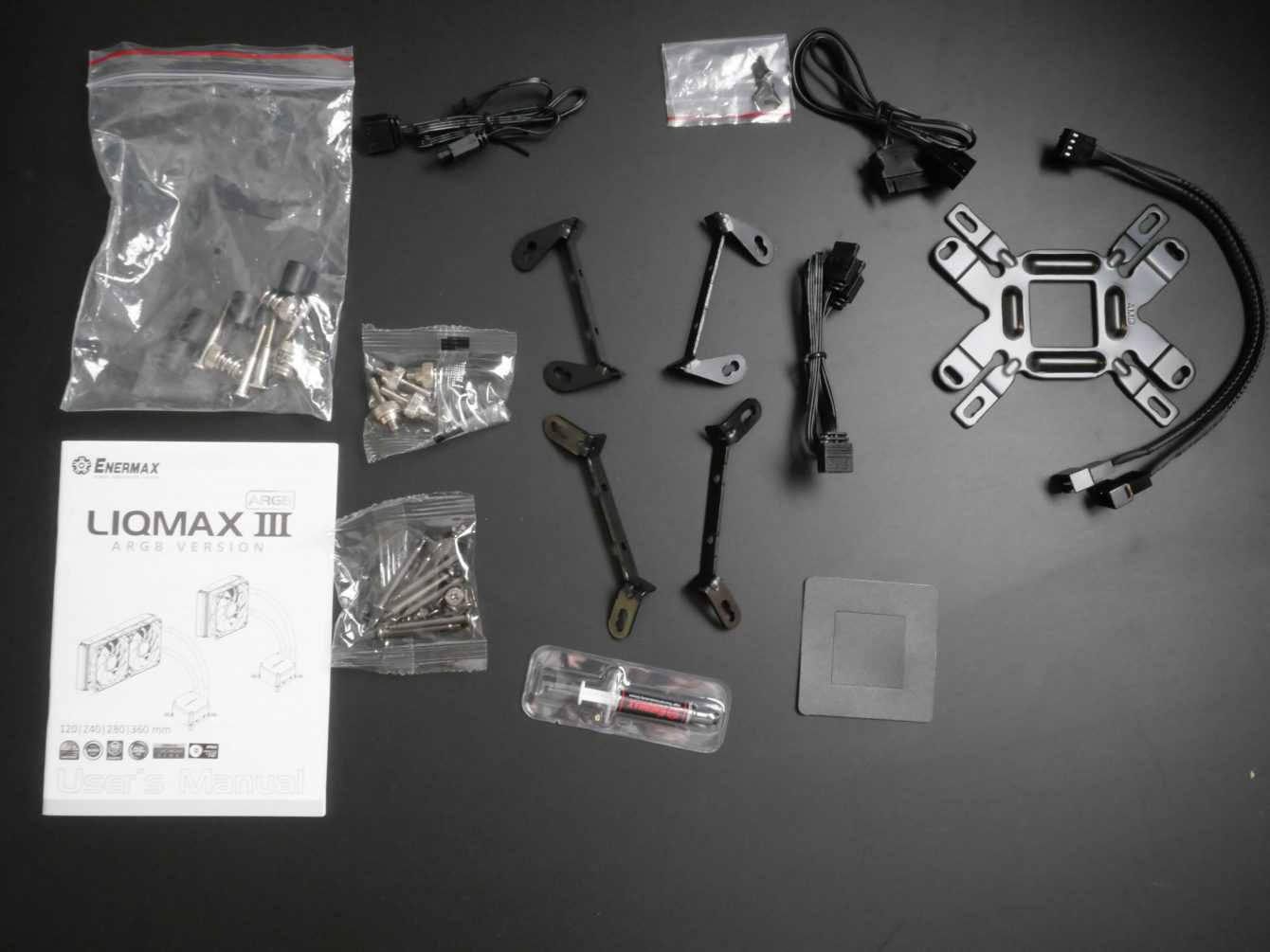 Liqmax III 360 ARGB looks very attractive. Thanks to the new ARGB lighting system, the Enermax heatsink leaves no room for boredom. The three fans (3x120mm), and the size of the radiator (360mm), allowed us to conveniently mount it at the bottom of our Lian Li cabinet.

Despite this choice of location, our airflow has clearly remained more than good and even the purely aesthetic side thanks: the rubber tubes do not cross the case and point directly upwards. Obviously we have challenged some laws of physics but thanks to the good pump management system we have not noticed temperature differences even though the radiator was not in a position usually used.

Inside the package we find everything (but really everything) needed to mount our heatsink. In fact, in addition to the obvious radiator and the related fans to cool it, we also find a convenient one RGB Control Box which will allow us to manage the lighting system through a few buttons. A tube of thermal paste obviously signed by Enermax cannot be missing in the package.

As mentioned earlier, we have decided to install this cooler in the upper part of the O11 Dynamic Mini case. This choice gave us the possibility to mount the fans in push configuration in order to push the air towards the outside of the case obviously passing first through the radiator.

In order to hook the pump to the CPU, Enermax offers us a classic 4-point system. Once you have made your choice of plates, you just need to fix them to the pump with two screws on each side. After this first operation, just fix the pump to the back plate with 4 screws and you’re done. A classic system that is always much more than comfortable.

To get a more complete idea of ​​what has been said, I am attaching the video made available by the company.

We left our Ryzen 7 totally in stock. As is well known, we are faced with a processor that is not famous for its low temperatures.

The thermal paste used is the one supplied in the package.

The results that you can read through the graphs below show the average value of the temperatures found in the indicated time range. To monitor these temperatures we have relied on software HWiNFO64.

To avoid untrue results, we opted for a series of the same tests. Furthermore, to guarantee the most complete idea, we have chosen to carry out the following tests in synthetic and non-synthetic mode, this has been our modus operandi: idle, gaming, Cinebench R20 e AIDA64.

To carry out the test in idle we started Windows, we let it charge completely for 5 minutes, then we started the temperature measurement for 10 minutes in which the PC was completely unused. 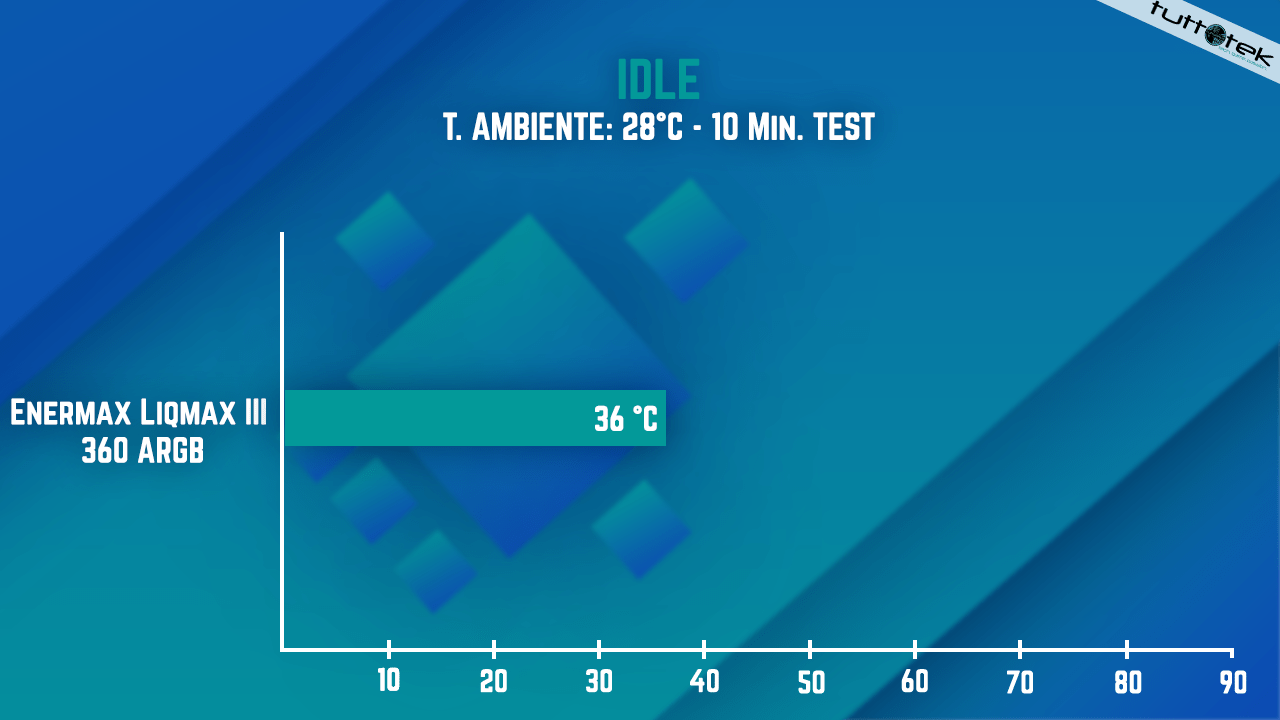 The game session lasted about 90 minutes. In this period of time we have modified the various graphic settings while maintaining the same resolution of 2K (2560 × 1440). In this way it was possible to simulate different uses and loads of the CPU depending on the potential of your video card.

This is certainly the most cleared test within the PC hemisphere. 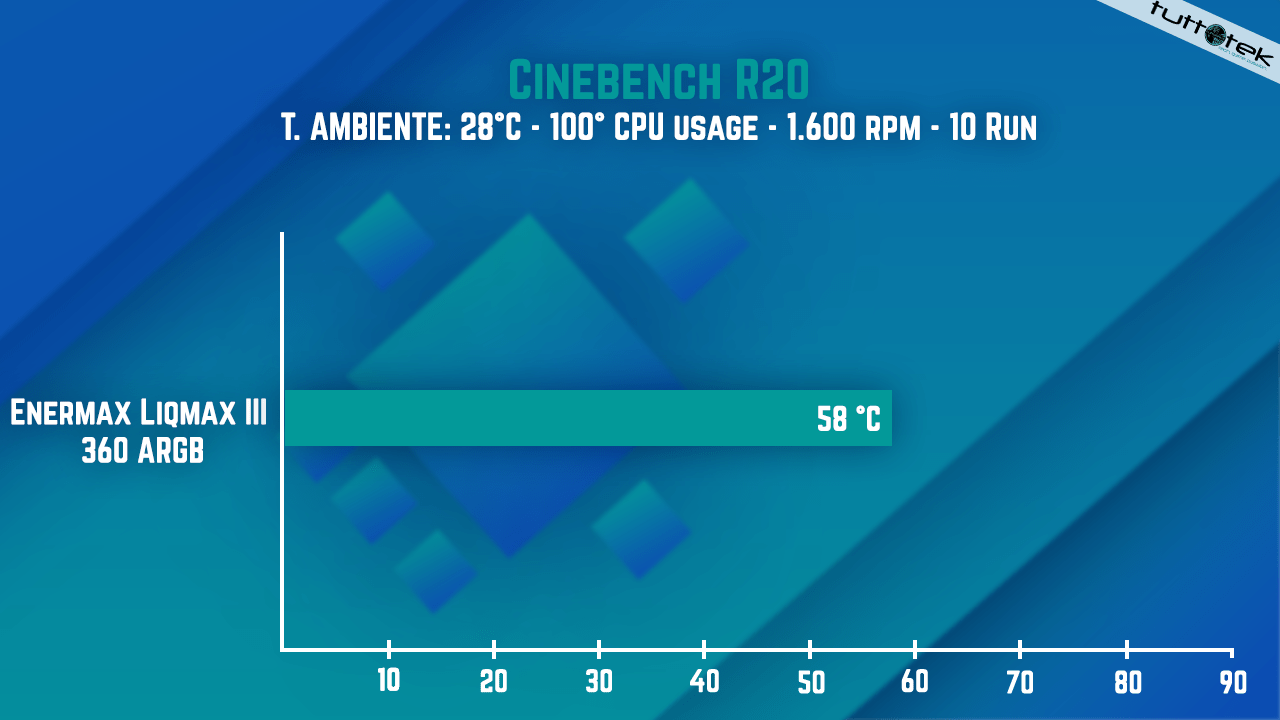 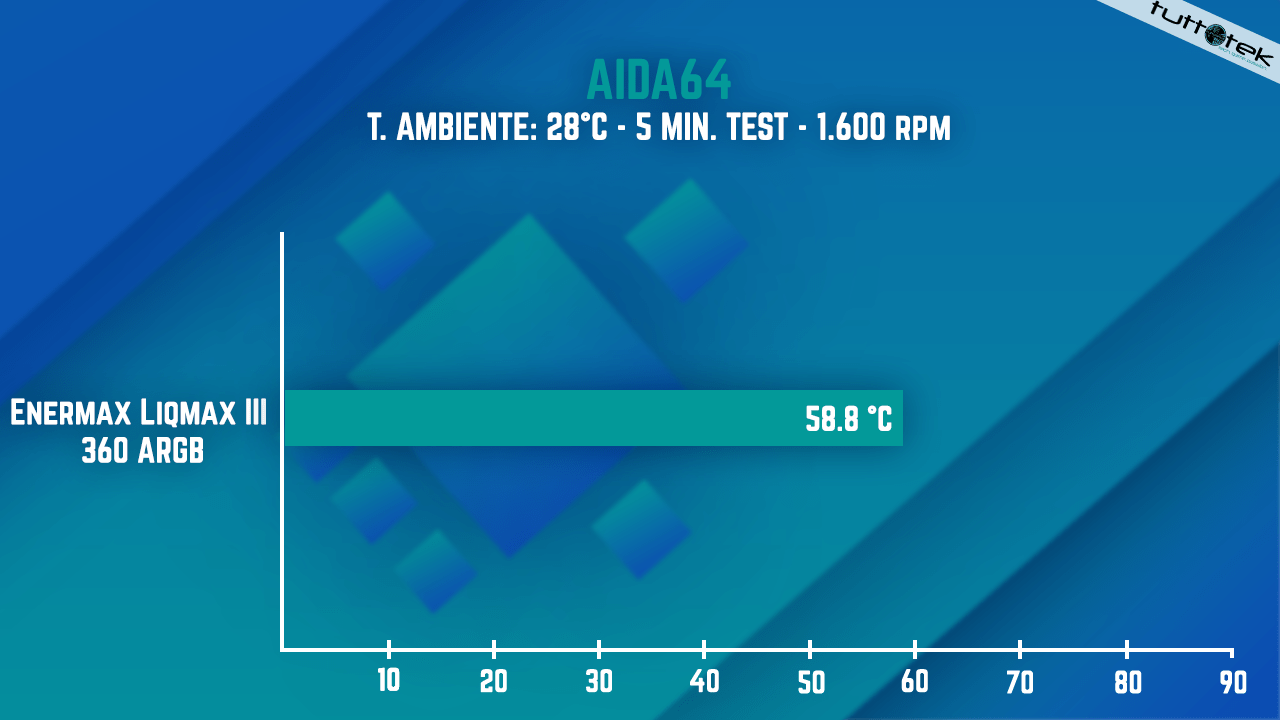 Who should buy this cooler? | Enermax Liqmax III 360 ARGB review

In conclusion, we would like to recommend this cooler to all enthusiasts looking for an AIO system to cool their CPU without spending too much but also without giving up good overall quality.

Although the CPU we have chosen is not one of the easiest to cool down and despite the scorching temperatures that are investing us in these days we have obtained more than encouraging results. The LED management system is easily manageable through different software available.

At full speed the fans are a little noisy but nothing excessive.

ARGB LEDs do their job just fine and give a nice effect. Too bad we do not see proprietary software that can make us manage the fans, the pump and the LEDs.

Basically in this price range it is really hard to find such a complete system with 360mm radiator and three fans. Obviously you can get more but definitely not at the same price.

This Enermax Liqmax III 360 ARGB manages to make its way without problems among the most recommended heatsinks in the category. If you want to have a lot but spend the right amount, it could be the right sink for you! 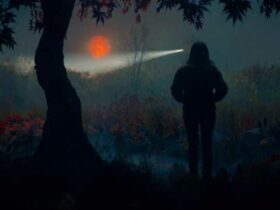 Lisey’s Story: first photos of the series with Julianne Moore and Clive Owen