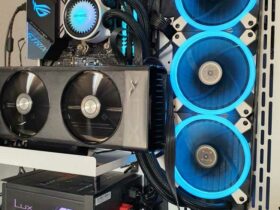 How to set up a gaming PC

Here’s everything you need to know about the new Intel Z590, H570, B560 and H510 chipset, and the substantial differences from the previous Z490

In conjunction with the announcement of the new ones CPU on Intel Rocket Lake, which we told you about in this news, the partners of the blue team showed the world the first models based on the new one chipset Z590. Intel’s new motherboards promise the native support for PCIe 4.0, ma only with Rocket Lake solutions, USB 3.2 Gen2x2 support from the chipset, and a revised and updated power supply compartment, despite the reduction in the number of cores at least for the top range Core i9-11900K. Which as we have seen, has gone from the 10-core / 20-thread of the previous i9-10900K in 2019, to the 8-core / 16-threads of the current i9.

Despite the architecture at the base of the process either always the same however, Intel has presented a new chipset to make the most of the increase in terms of IPC that it has managed to obtain, at least according to the company. So let’s see what are the main differences with the chipset and the proposals of the serie 400. 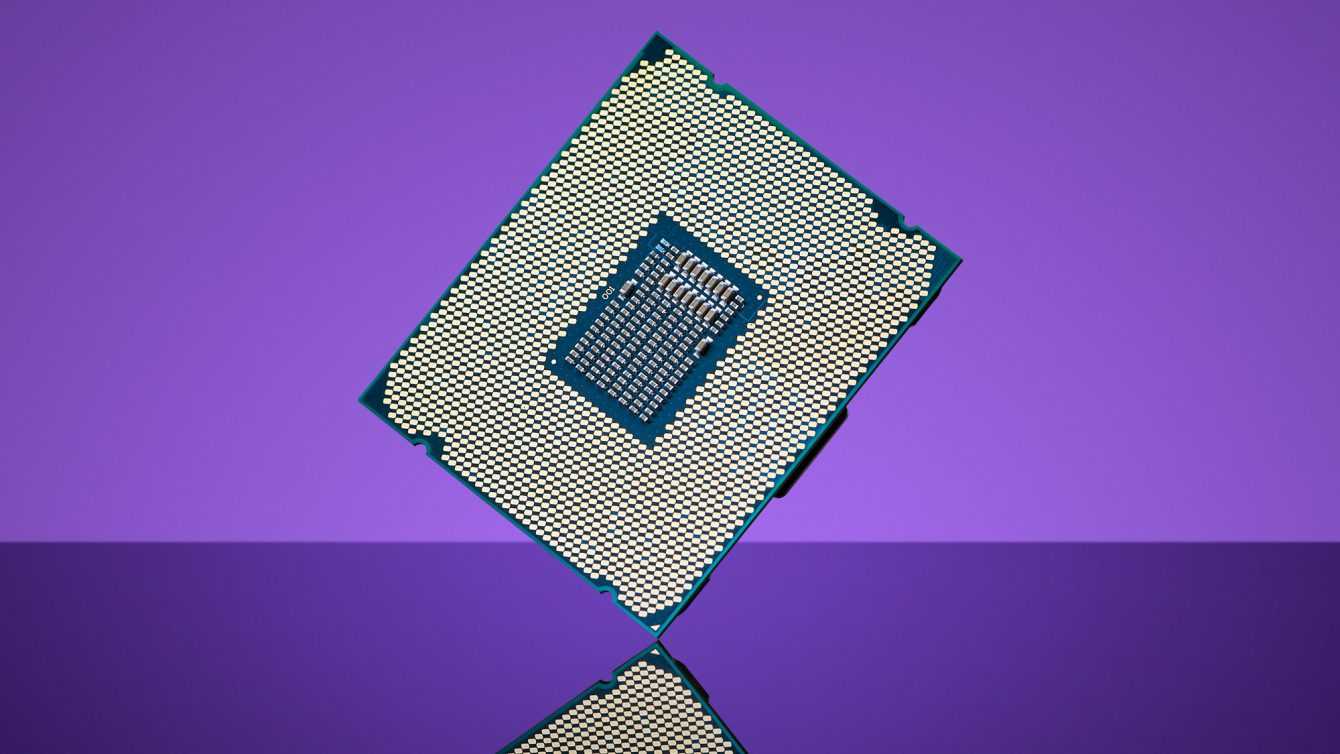 Everything you need to know about the Intel Z590 Chipset and more!

But be careful, as for backward compatibility they will come penalized the chipsets H410 and B460, on them, for example, it will not be possible to install a Core 11000 processor, while on the Z490, Q470 and H470 chipset motherboards, yes. After BIOS update. For these motherboards the new Rocket Lake CPUs boast compatibility with the socket LGA 1200 present on 400 series motherboards. E if I want to install a processor of the series Comet Lake on a 500 series chipset? In this case, the bandwidth inherent in the Direct Media Interface (DMI) connection between the chipset and the CPU will be halved. In fact, it will go from x8 to x4. 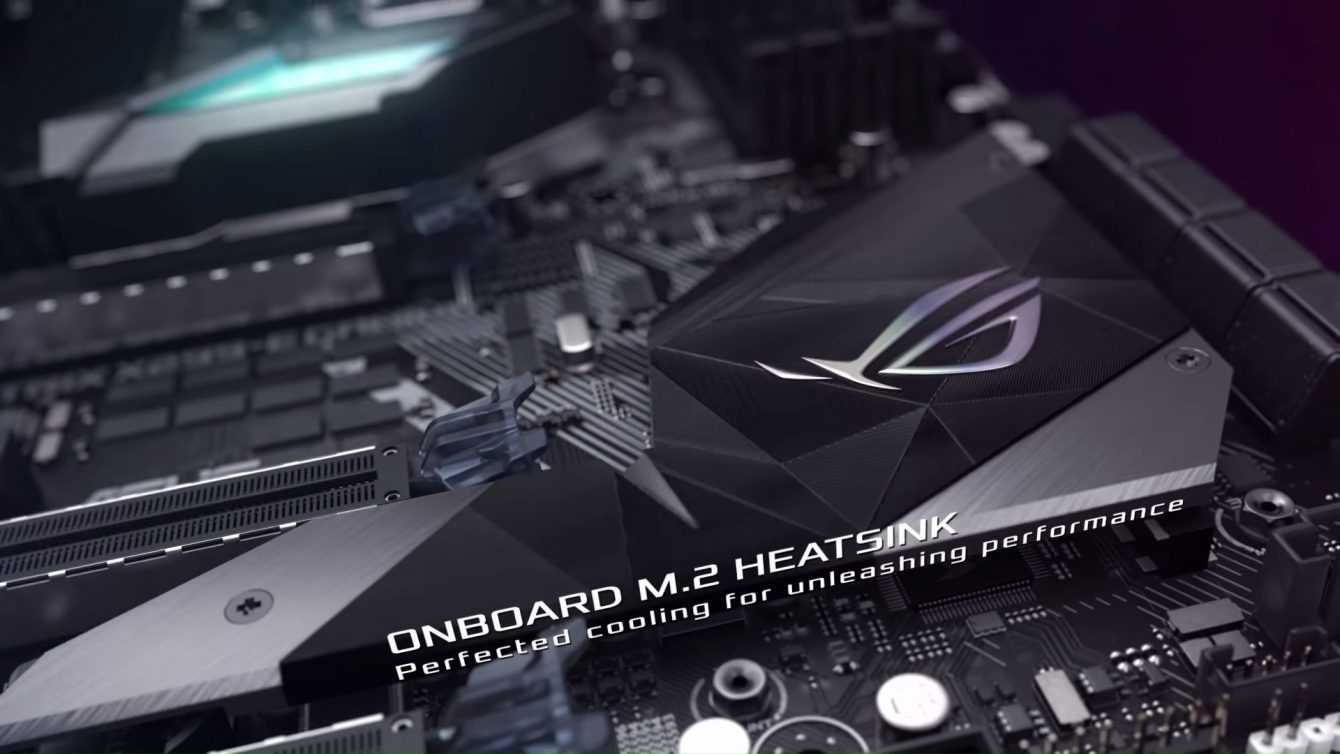 The most significant difference between the two chipsets is native PCIe 4.0 support. And only when using a Rocket Lake processor. In fact a CPU Rocket Lake shares 20 PCIe lanes PCIe 4.0 between PCIe / GPU slots and M.2 socket / storage. Something that AMD, however, had already achieved with the B550 chipset. A good result, but not yet close to AMD’s result with the X570.

Moving on to the management of network connections, the situation does not change radically. It remains the integrated Intel CNVi Wi-Fi module with support for Wi-Fi 6 and Wireless-AX networks. We will mostly see 2.5 Gb connections on most cards, while on the top range solutions with 5 GbE or 10 GbE. But we will also be able to see a large spread of 1 GbE connections. 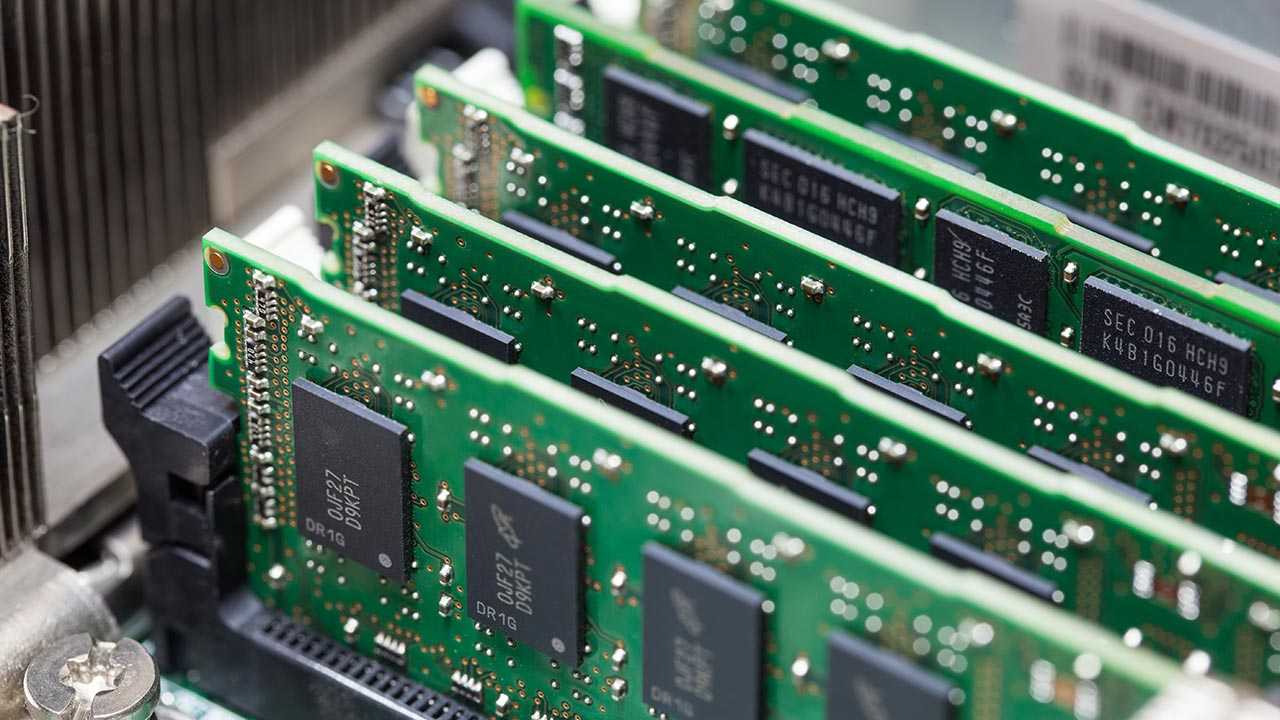 Turning instead to the memories, RAM overclock support goes from 2933 MHz to 3200 MHz, when using the new Rocket Lake processors. Some of the new cards based on the Z590 chipset instead support overclocking for speeds of 5000 MHz. Making a small comparison with previous generations, B460 and H470 chipsets did not support RAM overclocking, while the B560 and H570 chipsets do. In essence, non-radical differences, it is a simple upgrade.

Here are the flagship solutions for the Z590 motherboards 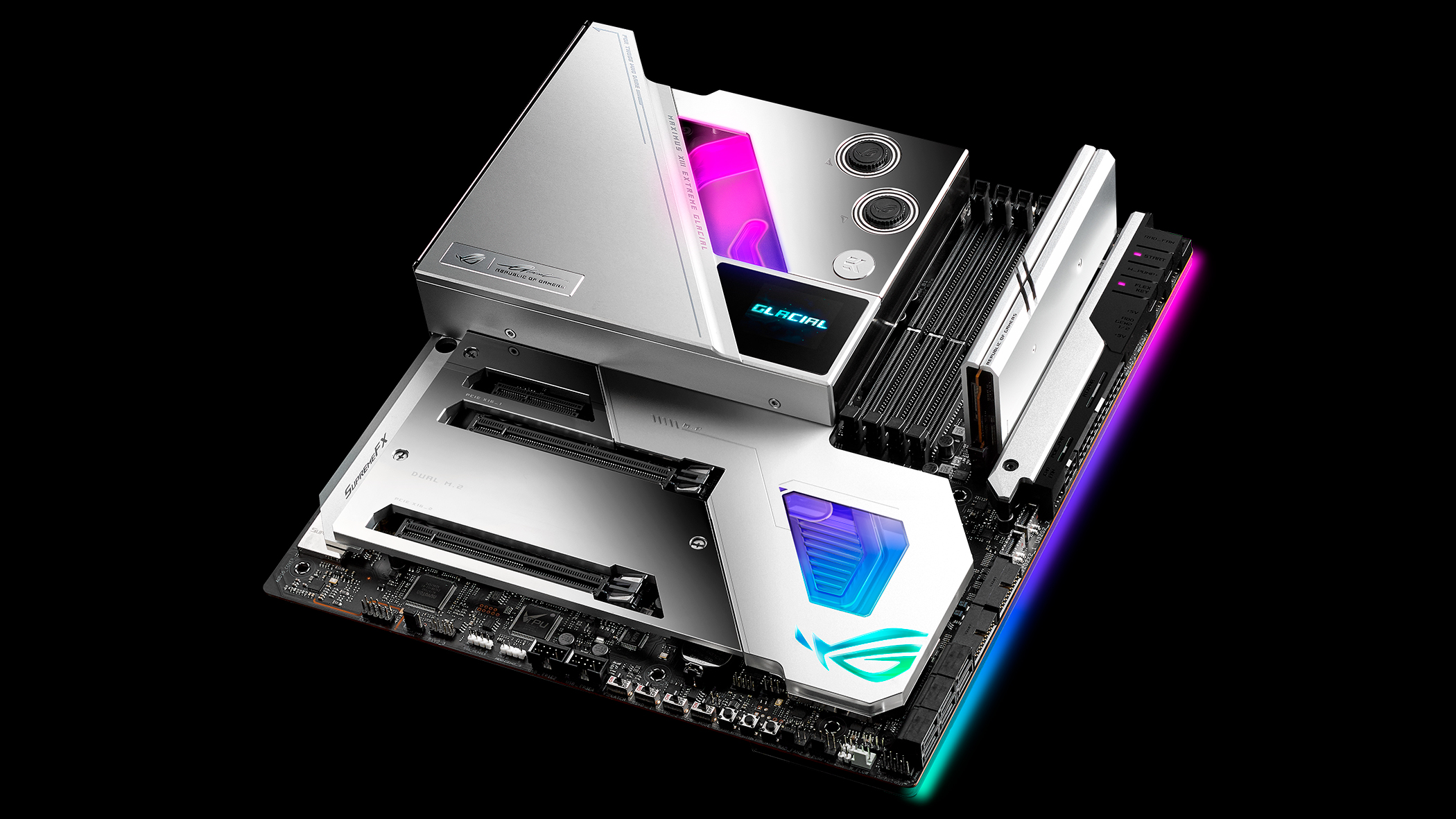 Asus focuses everything on the model Maximus XIII Extreme. A product that essentially aims at the maximum, without compromise. It includes a pre-installed water block, and an extremely solid VRM compartment with 18 + 2 phases. It is essentially aimed at those who need a system a liquido custom to cool the motherboard, VRM and CPU. All seasoned with a truly futuristic look.

ASRock instead focuses on the version Taichi Z590. Suitable for those looking for le maximum frequencies in overclock daily. Thanks to a compartment made up of ben 14 stages Dr. MOS 90 amp, will be able to handle perfectly a Core i9-11900K accompanied by DDR4 memory at over 5000 MHz in OC. 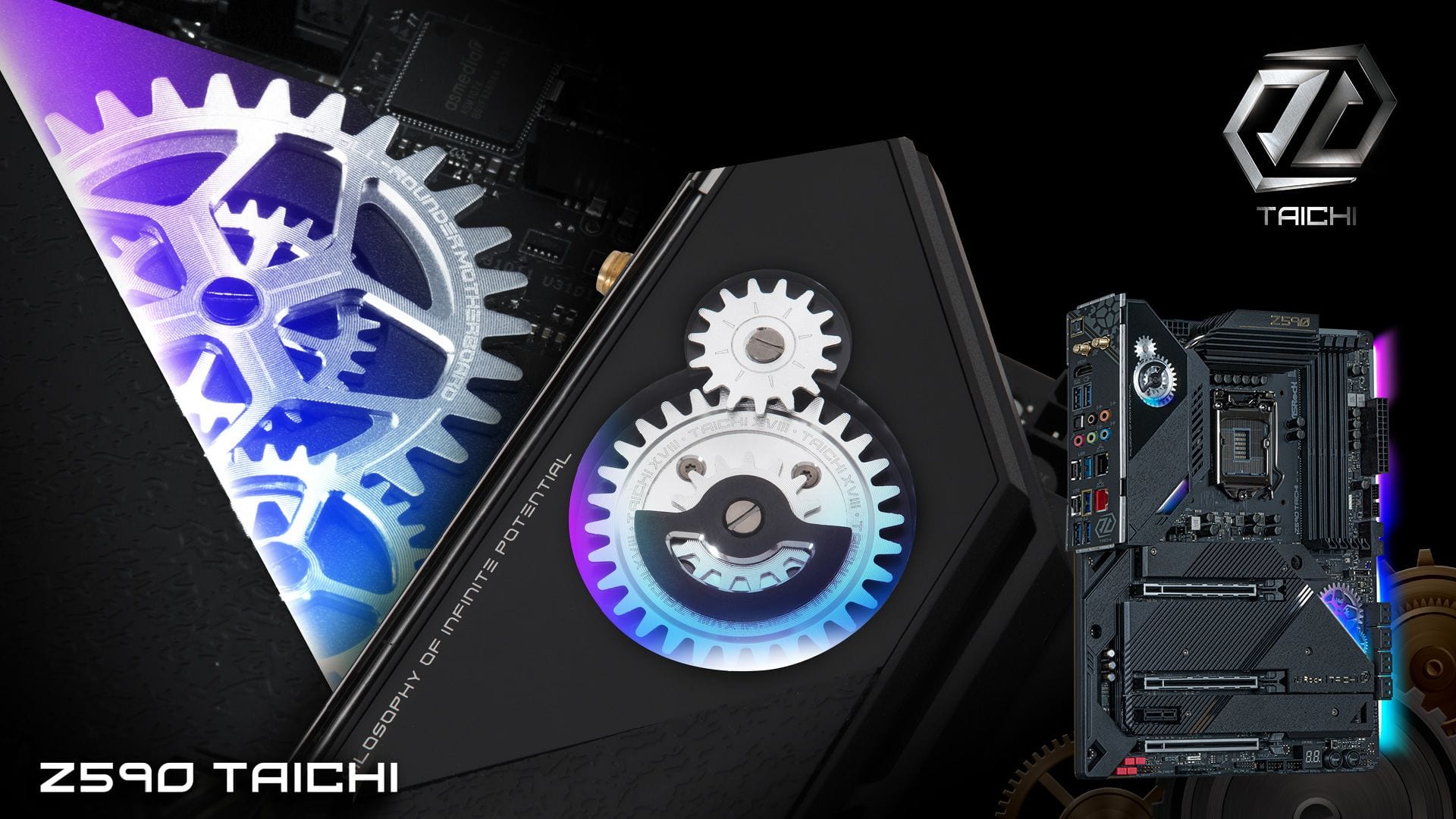 And with a PCB of up to 10 layers for cleaner signals, careful construction for better heat dissipation, three PCIe 4.0 M.2 slots, and support for 32GB memory modules, it’s the proposal for Gigabyte with Aorus Xtreme. Impressive power management, characterized by 20 + 1 phases, can handle up to 2100 amps. MSI this year too it focuses on the flagship Z590 Godlike. Designed for the “extreme gamingAccording to the company, it is an E-ATX board with 20 (18 + 1 + 1) VRM power phases. To complete the picture 4 high-speed M.2 slots. 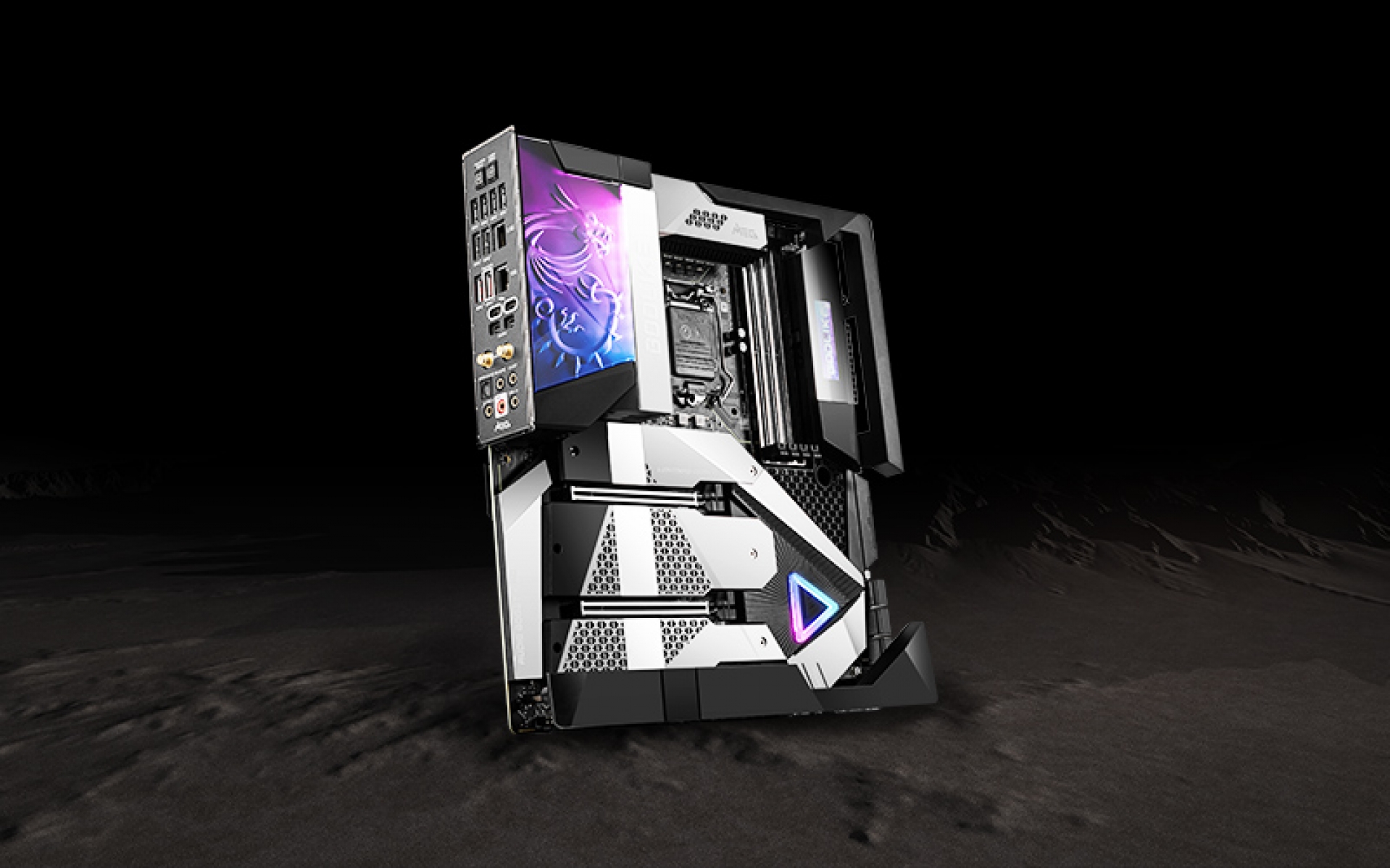 Also EVGA he says his with Z590 DARK, the now flag bearer of the manufacturer, which he wants to identify in theextreme overclocking this series. And it succeeds perfectly with a power section characterized by 22 phases and a 10-layer PCB. This card looks to the point, no frills. 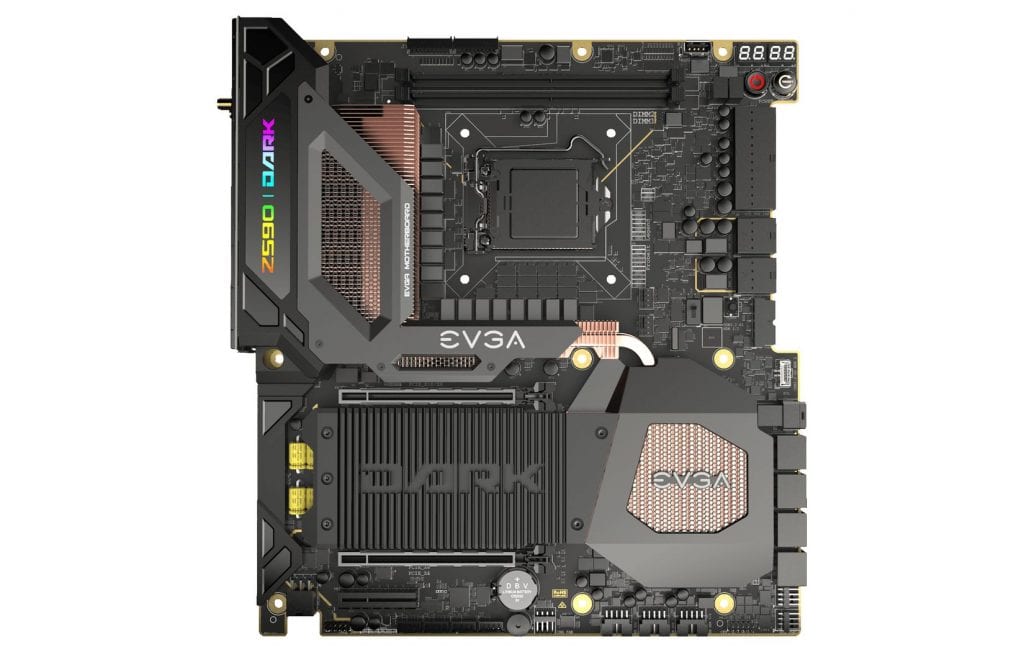