Kontakt libraries are a must for any self-respecting music producer or musician. We had the pleasure of trying the award-winning Ethera Gold 2.5 library with the CyberWorld expansion for Kontakt by Italian Stefano Maccarelli, and this is our review

Ethera Gold 2.5 and its expansion CyberWorld they are part of a group of libraries for Kontakt that form the collection “Ethera Series”. This library is currently the richest and most extensive of the series, also thanks to the recent CyberWorld expansion that enriches the repertoire of samples available to users. Over time, the Ethera series libraries have become a must in music production and sound design, establishing themselves as one of the standards thanks above all to the very high quality of the vocal repertoire.

Proudly made in Italy – Ethera Gold 2.5 + CyberWorld review for Kontakt, but what a library!

Let’s start by specifying that the Ethera series libraries are the result of the impressive work of Stefano Maccarelli. Stefano is a sound designer e music producer Italian, which boasts in its artistic portfolio numerous works with giants such as FOX (The Walking Dead, MARVEL Agents of SHIELD, ed) and Disney. In addition to his talent in sound design and production, Stefano has proven capable of developing libraries recognized worldwide for quality and versatility. To date, the Ethera series boasts awards, mentions and collaborations in numerous entertainment products distributed internationally. Are you curious to know more?

As already mentioned, Ethera Gold 2.5 is one of the libraries that make up the Ethera Series collection, as well as currently being the largest. The collection currently includes:

If the characteristic of the “vocal library” libraries was evident in Ethera Soundscapes 2.0, over the years a work of enrichment and evolution aimed at making the libraries of the Ethera series ever more complete and versatile, up to a perfect compromise between hybrid scoring and vocal library. The purpose of Ethera Gold 2.5, fully centered (spoiler), is to be a useful tool in both sound design and composition. For the occasion, Maccarelli sampled a huge amount of acoustic instruments, synths and organic sounds, for a total of about 33 GB of samples, but not only.

The most impressive thing about Ethera Gold 2.5 is the rumor sector. The interpreters who lend the voices for this collection are two. The first, Clara Sorace, is a professional cantate specializing in visual media, who recently lent the voice for Assassin’s Creed Valhalla. The second one, Daniele D’Andrassi, is an award-winning Italian singer and tenor. The catalog includes a huge number of songs and phrases of both female and male voices, organized by styles, BPM and key. In sampling the voices, exemplary painstaking work was done, with a virtually non-existent noise floor and breathtaking sound quality. The Chromatic True Legato of this library is certainly one of the best on the market (if not the best), which makes the transition between samples smooth and incredibly realistic.

Tools and Presets – Ethera Gold 2.5 + CyberWorld Review for Kontakt, but what a library!

Despite the enormous variety and extreme versatility of this bookcase, once installed we are faced with numerous tools to be imported into Kontakt. Depending on the loaded tool, we will be faced with a different screen, but with some points in common.

The Core Synth, the main instrument of the library, is a hybrid synth that includes a large number of different presets. The tool consists of 3 layer differenti where to load the sounds to create more or less complex textures. Below, in addition to the spectrogram and the volume and pan controls for each layer, we find the actual controls of the sound parameters. Action Synthinstead, it is a loop-based hybrid synth, made up of a series of rhythmic organic sequences and sounds. The peculiarity of this instrument is that the loops are “decomposable”, therefore they can be used both as simple loops and as single sounds. Then we come to the already vaguely described “vocal” section.

As already mentioned, the rumors section really impressed us. The instruments are divided for the two interpreters (Clara Sorace and Daniele D’Andrassi), and include a large number of chops, chants, vocal phrases, humming, vocals and much more. The attention to every detail in the vocal libraries is truly incredible, and the organization by genres, ethnic groups, BPM and tonality makes use practically immediate. Absolutely noteworthy is the True Legato we talked about a little earlier, a real pearl and the pride of the library. Last but not least, each instrument has a rich effects section called “FX Rack” which allows users to twist the sounds. Really wonderful.

Cyberworld expansion – Ethera Gold 2.5 + CyberWorld review for Kontakt, but what a library!

The Cyberworld expansion is nothing more than a nice addition to the already crazy Ethera Gold 2.5 libraries. This collection includes a selection of sounds “sci-fi” ranging from classic synth loops to complex granular textures. In addition to expanding the catalog of presets of the Core Synth and the Action Synth, Cyberworld offers the artist yet another wide range of choice between sounds designed for contexts spy, cyberpunk and futuristic. Although this expansion does not shine too much for originality, it reveals itself a real Swiss army knife thanks to its variety and immediacy of use.

In particular, the arpeggiator programmed by Maccarelli, in conjunction with the presets of the instrument, proves to be a faithful ally when you are tight with the times or the requests of the “client” are not exactly clear. Here, too, the FX Rack allows you to play widely with sounds. Passed with full marks. 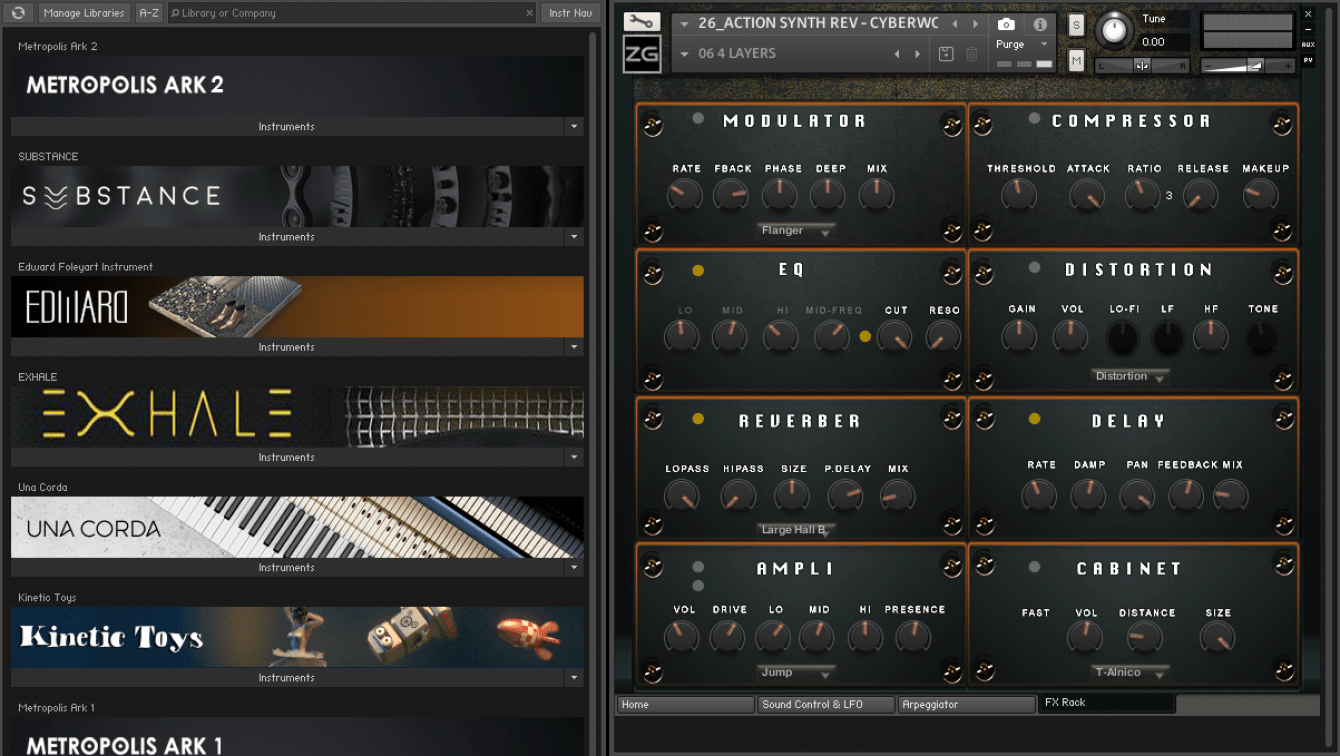 Well friends, we have come to the conclusion of this review of the Ethera Gold 2.5 library for Kontakt plus the Cyberworld expansion, and we just have to sum up. If you still haven’t figured it out, we were definitely impressed and charmed from these libraries. The work done by Stefano Maccarelli is really crazy, both in the sampling phase and in the construction and organization of the instruments. The sounds, whether synthesized or sampled, are really beautiful, with an honorable mention to the vocal sector. The latter is the real flagship of the library, as well as a source of pride for Italians in the field of the development of libraries worldwide. The only tiny and insignificant drawback, the installation of some contents including snapshots which could be a bit tricky for newbies. Nothing compromising, or in any case that cannot be solved with a quick glance at the manual.

Faced with such a rich work, we can only take a bow and pass with flying colors, and to those who are still undecided whether to buy it or not we say: what are you waiting for? Ethera libraries are available for purchase on the official Zero-G website, at the very honest price of $ 119 (in euros, something less).

As always, we greet you and remind you to stay connected on TechGameWorld.com for further news, updates, reviews and much more. Hi!

Too bad we can only give 10 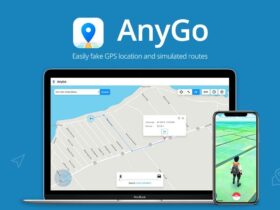