After the release in March of this year for PC, Evil Genius 2: World Domination has also landed on consoles. But how playable is it with controllers? Here is our review.

I have to admit: when I decided to try Evil Genius 2: World Domination on consoles I feared the worst. The game, released for PC in March and landed on PlayStation and Xbox just under a week ago, is basically one strategic world domination. But it is not only this: irresistible and fun, so much so as to make even the most ruthless dictators lovable, which would then be us. I personally tried the game on mine Xbox S, and here’s how it went.

The game is also available with subtitles and text in Italian, but if you chew English I assure you that understanding the original audio really makes a lot. But let’s catapult into world domination: the gameplay is studded with actions and commands, which essentially unfold through three main mechanics:

Everything can be managed from a single menu, which will be activated by pressing on Y / Triangle. From there, moving between the various sections will be a game of dictatorship … uh guys.

Although the actions are all relatively simple, the management of the game is quite complex given their multiplicity, characteristic perfectly optimized for controllers too. This makes the title usable also from the console. There construction mode allows you to expand your den by building rooms for specific activities. These will be fundamental for the development of your evil character, who is basically good, all in all he would only like to conquer the world by suppressing every single opponent and torturing his enemies. Building from the controller is simple, thanks to the system that allows us to select the type of room with the D-Pad and to move through the various floors.

Everything is fluid, except for the fact that the rooms, and related objects, are bound to the selected perimeter. This means that certain furnishings can only be set up in specific rooms. A mechanics that logically makes perfect sense, but that slows down the process of rebuilding and modifying one’s base. In short, if you decide to transform the canteen into a leisure room, it will be more than necessary. To understand this dynamic well it will be necessary exercise. And by practice I mean constantly fight our instincts which suggests us to violently destroy the controller. Also, as your base grows, it will gradually become more complicated to find your way around. But the game allows you to vent your frustrations with your subordinates: you can, indiscriminately and cruelly, execute in front of all your minions.

Personnel management is the classic to The Sims: by clicking on characters and objects you can give any commands and know even a minimum of backstory. Same goes for mark the lights who will regularly try to access your lair. Yes, because dominating the world is not something very well seen by other countries, which will try to infiltrate your evil secret base. To avoid it you will have to placing traps, cameras and setting up a facade activity: the casino.

To dominate the world, however, you will also have to act as a intermediary Global Operations: a map of the globe that, little by little, will have to become your very personal golf ball (sound of evil laughter follows). On the Global Stage you can explore, and consequently invade, other continents. This will involve an expense in terms of workers, which will take away the manpower from your base. Once you have chosen a foreign country, you will create a criminal network within it, which will allow you to get extra money to upgrade your base. But beware: too many criminal activities will raise the voltage level. When this gets high the countries could join lockdown (blocking any activity) and the attention of the curious investigators may be focused on your secret base. The management of Global Operations from the controller is practically perfect: analog stick and A / X button – depending on the console – for anything. Even the transition from Global Operations to the lair is practically immediate, thanks to numerose shortcuts that have been assigned to the controller buttons.

In short, it was absolutely not easy to manage so many controls in an optimal way for such a structured strategy. But Evil Genius 2: World Domination does it perfectly. Being ruthless and despotic tyrants has never been this fun, even on the console.

Moreover, if you are an Xbox Game Pass subscriber, the title is included in the catalog. Therefore prepare your best evil laugh and get ready to rule the world with your controller. 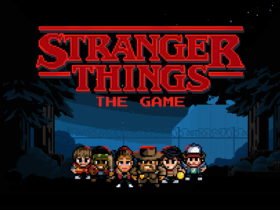 Stranger Things is not watched, it is played. But only on Netflix 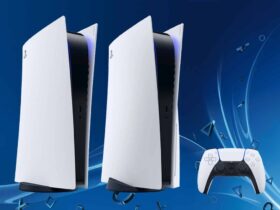 PlayStation 5 is nowhere to be found: users focus on the PC