The next iPhone it will (almost) certainly be without notch. But if until some time ago it was thought that the Face ID could end below the display already this year, the latest rumors warn that we will have to wait until the release of iPhone 15 Pro. This year’s Apple smartphone will have a dedicated punch-hole for Face ID, while that of 2023 hide the sensor under the screen.

iPhone 15 may have Face ID under the screen

According to the analyst Ross Young, absolute expert in screens for electronic products, to see an iPhone with the Face ID under the display we will have to wait until 2023. A few hours ago, the analyst had explained that Apple will produce the iPhone 14 with two punch-holes. One a pill shape for the cameraa, capable of letting in a lot of light for quality selfies.

The second, on the other hand, should be used for Face ID. Smaller and more circular, it may be covered with one reflective layer to hide when the screen is on (even if this function is not confirmed). But it’s not under the screen.

In a next tweet, Young explained that we can non see the Face ID, because it is hidden from the display, only starting in 2023 or even from 2024. This means that up to iPhone 15 the biometric sensor will remain visible at the top next to the camera. These rumors correspond to when predicted by Ming-Chi Kuo, Apple’s expert analyst, who had ensured that Face ID would not end up behind the screen until at least next year.

It appears that Apple is still testing the possibility of inserting Face ID behind the display glass, evaluating its effectiveness and accuracy. Instead, Apple does not seem convinced that it is also possible to move the selfie camera behind the display, because by decreasing the light input, the photographs are of lower quality than the current ones.

So this year we will be able to see a iPhone 14 Pro with double punch-hole, then see the one for the Face ID disappear in iPhone 15 Pro and Pro Max. In both cases, it seems that the notch may instead remain for the standard version and the Max version. 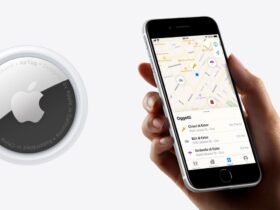