Facebook new logo on the Apple MacBook Pro Retina with an open tab in Safari browser that is on office desk. Facebook is the most popular social network in the world. Varna, Bulgaria – May 29, 2015.

Another class action coming to Facebook that even after the restyling with the change of name in Meta has to deal with legal misadventures. The new lawsuit is brought forward by Liza Lovdahl Gormsen, senior advisor to the Financial Conduct Authority (FCA), the equivalent of the Italian Consob and specialized on the subject of competition. The new class action against Facebook is £ 2.3 million and is linked to possible abuses of its position in exploiting the data of 44 million British users.

Facebook, or rather Meta, the name of the company that today controls the social network, would have, according to the class action, broken the Competition Act of 1988. The social would have set a “Unfair price” for users who take advantage of the service. The company, while allowing access to the social network for free, manages to earn billions of euros from advertisements, exploiting user data. According to Gormsen, Meta exploits users and their data without compensating them adequately and maintaining a completely disproportionate relationship with them.

The defense of the social network

Facebook stressed that users have full control over the type of information to be shared with Meta’s platforms and that, therefore, legal action n would not rest on valid grounds. The data that Facebook uses are made available by users who can stop sharing it at any time. We will see what the evolution of this new class action will be.

Onyx Boox Nova3 Color review: the e-Reader for those who are not satisfied (with black and white)

Final Fantasy VII Remake: PS Plus subscribers will be able to upgrade to PS5 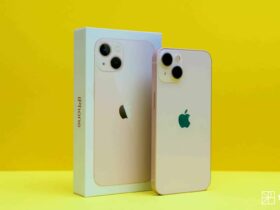