The SeaRing Team is thrilled to announce the Demo launch of their debut title SeaRing, a 2D indie action-puzzle game, available on Steam from January 13th. Join the journey of the sea princess and embark on an arduous mission in the desert, search for her mother’s missing crown, survive the enemies, and explore this beautiful interpretation of traditional 2D games.

SeaRing is a 2D indie action-puzzle game that immerses players in a world full of story and adventure. Join the Princess of the Seas as she embarks on a fantastically nostalgic quest through spectacular storytelling, nonsensical NPCs and stunning artwork backgrounds. Get carried away by relaxing songs, and remember that in SeaRing… you can’t attack!

Take the power of the Sea Ring in hand, summon its defensive capabilities and protect yourself from the dangers that lurk in the desert, here where defense will be the only way to attack. Can you survive long enough to retrieve your mother’s lost crown and restore stability to the Water Kingdom?

When you open your eyes, you will find yourself far from the sea, lying on a sandy beach, pushed to discover the intransigent Kingdom of Fire for the first time. Stroll through breathtaking villages, encounter a host of hilarious (and maybe even a touch of tan) NPCs and complete puzzles as you meet the sadistic Saladin and his crew of criminal crabs, whose mission in life is to end yours. Will you conquer this funny gang of enemies, or will you succumb to the pressure and let your hopes and dreams melt away in the sun?

· Can’t you ATTACK ?! “How do I kill my enemies then?” Well… technically you can’t. Channel your inner pacifist as you use the Sea Ring to repel enemy attacks, in true princess style. The Sea Ring can also be used to interact with objects, which will provide utility in situations outside of combat (hopefully at least).

· As for the NPCs… You don’t really have to talk to us, but we encourage you to! Some are a little out of place, others actually quite funny (if you give them a chance to be), and some can even be really helpful, giving you the necessary advice as you explore the history of this game. With over 50 of them and hundreds of unique dialogues, we’re sure they’ll help you get to your destination! Just don’t pay too much attention to the out of stock ones … SUGGESTION: Do it great and you might unlock some secret content!

· The sea princess calls home: it’s not every day that a princess of the sea gets lost in the desert. In fact, this is most likely the first time. Wherever you are, if you are stuck on a puzzle or lack of water at home, all you have to do is press C! Dad and his charm are just a video call away “

· Give some popcorn to the eyes with this pixelated artwork and enter a state of musical tranquility, as SeaRing offers an immersive atmosphere never seen before (in other words, our game is really nice).

“Our team met on online forums when we were little more than video game enthusiast kids. It’s fantastic how we’ve specialized in different areas of the industry, and how we’ve managed to put together a very close-knit team, even if we work remotely, ” says Simone Chelo, programmer of the SeaRing Team. “Today, we are very proud to have launched the SeaRing demo! We put a lot of love and hard work into this project, and we hope that as many people as possible can enter our 2D world and have fun with us. ” 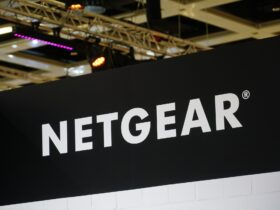 Starfield: Development has made great strides

Hideo Kojima: the director is perhaps working on a new game with Norman Reedus

Back 4 Blood: how to best use Jim, tips and strategies