Getting Fallout 76 back into your hands today, almost 3 years after its release, is the best choice you can make. Here because

Of Fallout 76 it was widely discussed, both during the wait and after the release. The many expectations surrounding the game of Bethesda they went up in smoke in just under a few days. During the beta, that stench of smoke had already been recognized which did not bode well and that put anyone who wanted to play it in serious difficulty. Why then go back to playing after such negative experiences?

Fortunately, many things have changed since then the level reached today allows the user to live a somewhat serene experience and without the worries that assailed every player as soon as the game was launched. In this article we will find out because it is a must to return to playing Fallout 76 after almost 3 years and what improvements have been made with the various updates. However, let’s go in order and start from the beginning.

The title was weighed down by the expectations of millions of fans who, after Fallout 4 they expected an even more pressing game. However, already from the famous B.E.T.A. the game had perplexed many. Not so much for the mechanics themselves which, however “innovative” in the saga, still bode well. The underlying problem arose above all from the multiplayer sector which, being the main innovation, would have had to undergo meticulous and painstaking work by the developers.

However, this was not the case and if for many the problems mainly concerned quite substantial frame drops and a stratospheric lag, to say the least, others they couldn’t even access the servers of game. In short, the situation was not the most optimistic for an online multiplayer game. However, these were not the only problems present. Due to unsuitable servers in fact, although it was possible to enter, it wasn’t always possible to play with your friends. 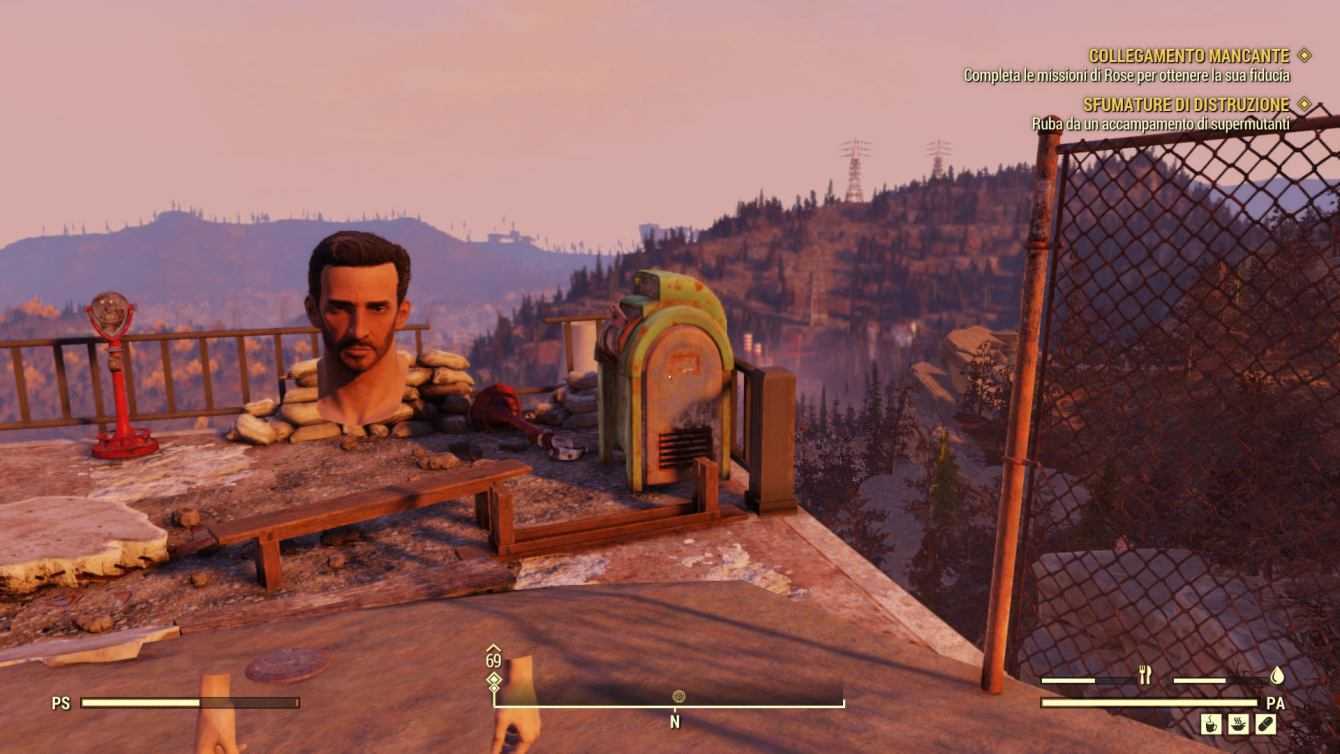 Getting a team together was like trying to kill Hydra. It wasn’t always possible, but those few times it was possible punctually some other bugs arrived to hinder the game. It ranged from a few players failing to join the server to complete invisibility of others after a teleportation attempt. In short, as soon as a bug was overcome, here are two others ready to show up.

We can therefore say that Fallout 76’s debut was a real failure from almost all points of view, so much so that many users have asked for a refund after a few hours of play. This led to a steep drop in the purchase price. Then it came Wastelanders…

…and that was how the game was born for the first time. After just over a year, more precisely in April 2020, finally came the turning point for a game that was doomed to death shortly thereafter. What it was the post apocalyptic Appalachia finally begins to repopulate and not just through NPCs. In fact, many players, enticed by the backtrack made by the developers, take up the controller or mouse again and return to walk in West Virginia.

The improvements are obvious and the fact of being able to see some human NPCs is certainly a great stimulus. The idea of ​​populating the world only through the players is definitively approached. However, human NPCs aren’t the only novelty. A new main story it is in fact ready to welcome players, giving away new missions and feats to accomplish. With the people the various factions also return and the first are precisely the raiders of Crater and the colonists of Foundation, but not only!

Our CAMP too, from a sad lonely abode, becomes a “meeting center” not only for the players, but also for some NPCs who can help us defend him and even make us live a love affair. To all this there are also other improvements such as the reputation system with factions and many other advantages that make the game less monotonous. In short, the developers have moved in the right direction and after more than a year we finally return to live, at least in Appalachia since the COVID had started to circulate and you could not leave the house. 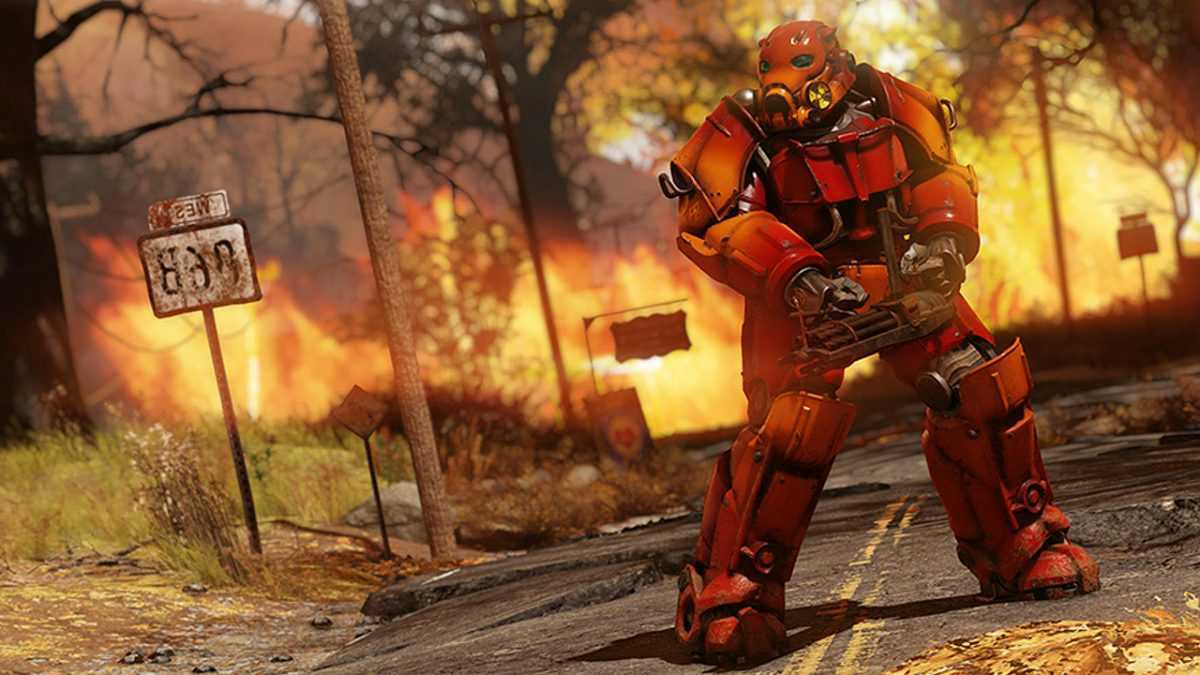 A continuous crescendo until the last update Ready and Loads

Continuing to ride this wave and finally reassured by the good reviews that were coming, the developers publish the DLC in early December 2020 Steel Dawn. While the main questline wasn’t as long as expected from an update with annual content, the game is affected by the good drive of Wastelanders and also convinces us at TechGameWorld.com. A sore point is the move away from the multiplayer on which this game had pushed so much.

There is an afterthought on some mechanics and also the fact of reintroducing the NPCs, but “depriving” in some moments, during a main questline, the game of its pivotal mechanics is perhaps a bit too much. Despite everything, however, the new story and some improvements in the mechanics, which make the game slightly quieter on the survival side, guarantee a great experience, perhaps the best so far.

Furthermore, there is finally one server stability is encouraging to say the least. All the hours spent in the company are smooth and finally give that experience that would have been needed already from the launch of the game. Also with this new DLC there is finally a not just implementation of our CAMP Everything has been made even more fun thanks to the special mission “Home extension” which guarantees access to shelters, i.e. instantiated internal environments to be added to the CAMP and customized.

The update then came to implement CAMP even more with an additional slot Ready and Loaded, tested for you in the PTS and now available on the official servers. In addition to this important update, there is also the one related to SPECIAL book Again there is the presence of a new slot that will allow you to swap the two decks during the game. For more information, I invite you to read the article linked a little while ago. 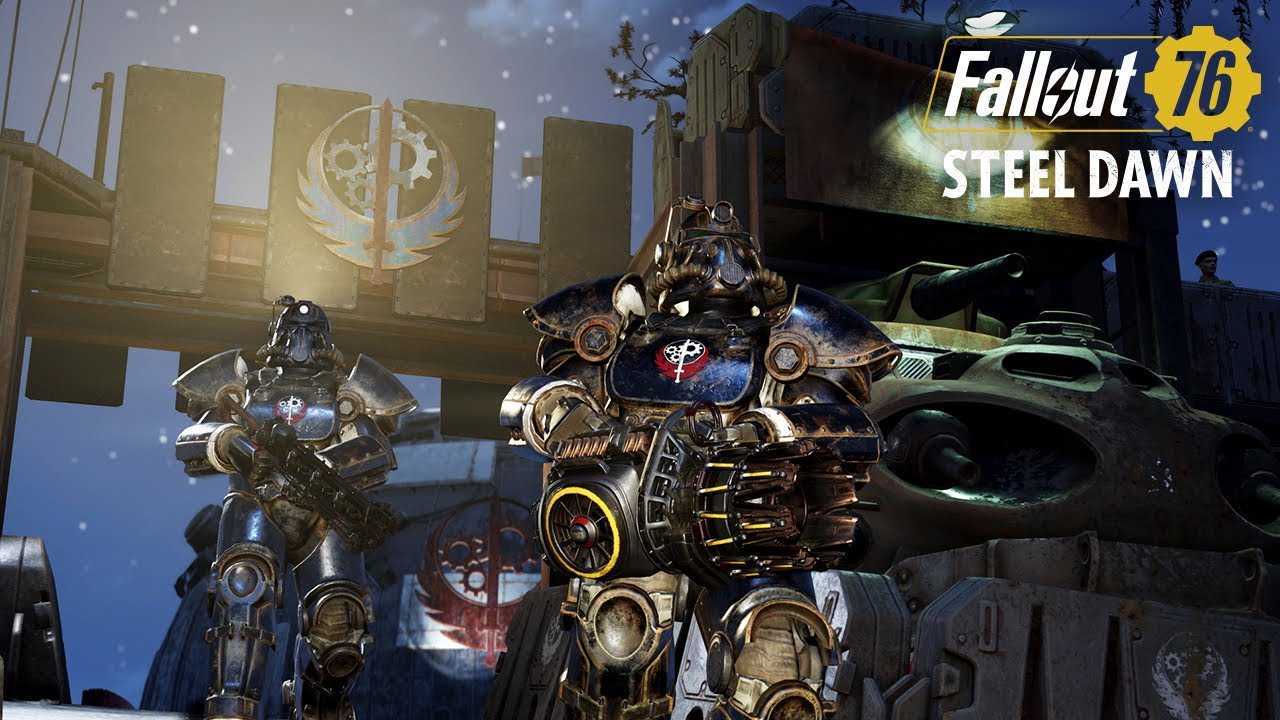 In conclusion, the first Fallout 76, which we have all known for better or for worse, it seems now just an old memory. All the problems that plagued him have been eliminated and now Appalachia is a world more alive than ever and ready to be explored. The odious bug that caused enemies to spawn with an exaggeratedly high level in the first areas of the map has also been fixed. If you are at the beginning, therefore, you will not have to fear of meeting too strong characters during the early stages of the game, allowing anyone to live a balanced experience based on their level.

Furthermore you will not need PCs at stratospheric levels to access the various missions introduced with the DLC. Just play for a few hours and you will be able to access all the contents. We remind you that all expansions are free and will allow you to take advantage of many new contents. In short, now is the best time to play Fallout 76. What do you think of this game after 3 years? Are you playing it or are you going to play it again? Let us know yours in the comments.

We remind you that you can find the game further discounted on Instant Gaming. In order not to miss further news regarding the videogame world, keep following the pages of techgameworld.com!