Fallout 76 is about to turn its third year of age next October, and after having worked out the many flaws and limitations of this multiplayer adventure, the Bethesda developers seem ready to offer us something totally new. We are talking about Fallout Worlds, available from today, a real game apart from Fallout 76 that will allow us to explore a world that can be customized in every respect.

With Worlds Fallout 76 aims to give the keys to the game world in the player’s hand, giving them the ability to customize many aspects of the play experience. Through this mode it will therefore be possible to modify the difficulty, the damage inflicted or suffered and, up to a certain point, also the extension of the C.A.M.P. which will allow players to create their own pace of play that suits them best.

According to the developers, the idea of ​​offering customizable servers was present from the very first stages of the development of Fallout 76, since the way to enjoy the game varies from player to player. Precisely for this reason Worlds will make available two kinds of worlds to the players: the public ones and the customizable ones.

The former are gods servers developed directly by the developers and that offer different pre-set game experiences according to our preferences: we find the most difficult ones, the easiest ones, those with more or less enemies. The second ones will be entirely editable by the players, who will be able to create their own dream game ecosystem.

In this regard, don’t worry if you have no experience in modding, the Worlds user interface is purposely meant to be accessible to anyone, without requiring special previous skills. For this, no particular tutorials are needed even if most likely taking a leap first in the public could be useful to fully understand the effects of the changes.

Health points, skill points, all types of damage, including falling damage, weather conditions and the appearance of enemies: everything will be editable directly by the player in Fallout Worlds, no elements excluded. An ambitious project that we are sure will generate several exhilarating results in the coming days.

To ensure as much flexibility as possible Bethesda will allow players to import their Fallout 76 character directly into Worlds exactly as we left it. To make matters worse inventory will not be shared between the two games, to avoid wasting precious objects during tests and it will not be possible to mod weapons and objects not in our possession.

Despite this small limitation, the possibilities offered by Worlds seem to be very many, also thanks to the possibility of erecting a CAMP where it would not have been possible before, as well as developing it in a much broader way.

The ransom of Bethesda

Bethesda devs specified that the world will not be completely customizable just in a manner of speaking, but players will actually be able to modify almost every aspect of the gameplay. It is a fundamental step, according to them, to find out how far players will be able to go and in which direction they will lead their game world.

It is therefore a nice step forward compared to the launch of the game, in which the entire production was heavily sunk by a general lack of functionality and a limited gameplay to say the least. Impossible not to make a comparison with what happened to No Man’s Sky from this point of view, given that we are faced with two titles that have followed a very similar path. In fact, both Fallout 76 and No Man’s Sky have been launched on the market with many of the features promised in the communication, unleashing the ire of both the fanbase and the specialized critics. Both video games, however, have been able to renew themselves over time, seeking through updates a form of redemption to regain credibility and trust.

Despite the initial missteps, in all honesty hard to forget despite everything, these two games have been able to create a functional play system and that it has undoubtedly managed to get closer to what these products were originally supposed to be, much to the delight of the fans.

FIFA 22: trailer for the news of Career and Ultimate Team 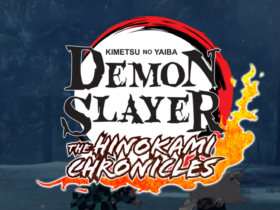 Demon Slayer: the official video game is shown in a new trailer 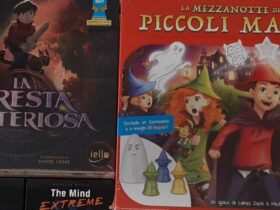 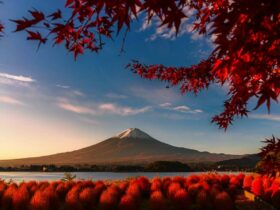