We have known for a few months, even before the release of the title, that Far Cry 6 would have had additional crossover missions with starring actor Danny Trejo. And after the news that had anticipated them, the moment finally comes when all the players of the Ubisoft title can get their hands on it, all thanks to the latest production update. And you will certainly be pleased to know that you don’t have to spend any extra money to play them, as they have been released in completely free of charge.

The story told within the two missions is very ridiculous, and you see Dani Rojas allearsi with Danny Trejo to fight the forces of Castillo, and feed all the people with tacos. In “Danny & Dani against All” (one of two quests) players will be able to take part in one new Special Operation, which will reward you with various awards, like a motorcycle, or a car equipped with a gatling gun, plus new outfits for Trejo and much more. This is the trailer that accompanied the release of the update.

We remind you that Far Cry 6 is available, starting from last October 7, in the Xbox One, Xbox Series X / S, PS4, PS5, PC and Google Stadia versions, and if you want to know more about it, we recommend that you read our full review.

Having said that, we can only renew the invitation to stay in company with us at TechGameWorld.com, in order to be always updated on everything related to the world of video games. And if you want to try to grab numerous titles at a discounted price (among which there is also the latest effort Ubisoft), all you have to do is reach the pages of Instant Gaming, where you will find many offers waiting for you.

Epic Games Store: the next free game will be a “mystery”

DOOM Eternal: the new update will introduce the Horde mode that will replace Invasion 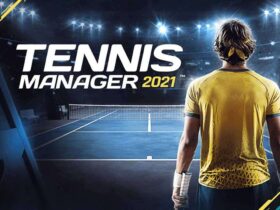