Discover with us the FIFA 22 TOTW 12, the strongest team of this last week of the season of the new chapter of the EA Sports franchise

FIFA 22 has been available on PC and consoles for a while, after a short period of Early Access, and we have brought you our complete review of the PC version. Despite the controversy due to the lack of the next-gen update in the PC version, the title of EA Sports is doing great even considering the disastrous launch of eFootball, the free-to-play drift embodied by what was Konami’s PES. We have already introduced you to the game with our guide on what to know before you start playing it, and we have also prepared many introductory articles. Starting with the FIFA Points guide, moving on to the best tactics modules and player instructions, ending on the best young talents for Career mode.

Every Wednesday, EA Sports publishes on its official channels a squad made up of about 23 players (one more, one less) who distinguished themselves in the various games held in the previous week. The Team of The Week, in short, or the TOTW if you want to be young people and passionate about football. In the past few hours, EA has published the TOTW of this last week of the FIFA 22 season just passed, we leave you the tweet of the official profile right below. Last week, the featured TOTW was Bukayo Saka, who received the upgrade to the SIF version directly. And who will be this week’s winner?

The ✨di class #BernardoSilva, the thrust on the band 🚅 of #Coman, bomber volley goals 💣⚽️ @ciroimmobile and much more in the Team of the Week #WAS 🤩 Available in-game 🎮🕖#FIFA22 #FUT22 #TOTW pic.twitter.com/WqU3taKduE

FIFA 22 TOTW 12: here are the best players of last week, the perfect squad!

This week’s featured player is Jovic, which as always receives the upgrade directly to the SIF version. In this week’s TOTW we also find the very Italian Immobile, accompanied by Bastoni, the English Henderson and the Portuguese Bernardo Silva. Let’s admit that this week’s team is definitely of a high level. We remind you that the cards of the 23 TOTW players of this week of FIFA 22 are available in packs starting from 19 tonight, until the same time next Wednesday!

What do you think of FIFA 22’s TOTW 12? Write it to us below in the comments, we will continue to keep you updated with all the news, guides and reviews on gaming and tech themes! And if you are interested in game keys at advantageous prices, we recommend that you take a look at the InstantGaming catalog!

Horizon Forbidden West: the differences with Zero Dawn in a video 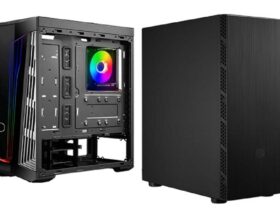 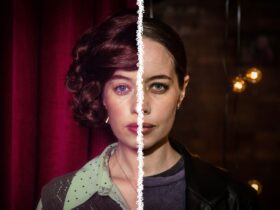 The Gallery as Bandersnatch: when videogames meet cinema