Durante i The Game Awards 2021, Square Enix announced that Final Fantasy VII Remake Intergrade per PC will be available for the first time on the Epic Games Store from December 16, 2021. The enhanced and enriched version of the game, which at last year’s event won awards for best RPG and best RPG soundtrack and music, includes various graphics, gameplay and system improvements and adds a new adventure to the critically acclaimed action RPG, namely “FF7R EPISODE INTERmission“.

In Final Fantasy VII Remake Intergrade for PC, players will visit a world where the enigmatic electric company Shinra controls the life energy of the planet, called mako. Cloud Strife, a former member of Shinra’s elite unit, the SOLDIER, who has turned into a mercenary, decides to help an anti-Shinra rebel organization named Avalanche as they struggle against the oppressive force of the company.

The game also includes an exciting new story arc, “FF7R EPISODE INTERmission”, which stars Wutai’s ninja. Yuffie Kisaragi, that will infiltrate the city of Midgar during the events of the base game.

With improved textures, lighting and background environments, a fully customizable Photo mode and more, the PC title also includes support for 4K, per l’HDR, per controller XInput e DirectInput compliant and for keyboard and mouse. In addition, PCs with the highest technical specifications can go up to a performance of 120 fps.

Below you can find the complete list of contents on PC via Epic Games Store:

Final Fantasy VII Remake Intergrade has a PEGI 16 rating and will be available on the Epic Games Store from December 16, 2021.

Forza Horizon 5: announced the arrival of the iconic DeLorean 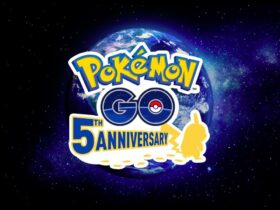 Pokémon GO: here is the video of the fifth anniversary dedicated to players