The Game Awards ceremony took place recently: among all the awards and all the very important announcements that we were able to attend at the TGA 2021, there was also space for the official presentation of Among Us VR

They took place last night i The Game Awards, which, as fans will know, annually give us important awards but above all many important announcements of any kind. Of all the games that were presented to the TGA 2021, there was also room for the official announcement of Among Us per VR. Fans of the title will therefore have the opportunity to try a new version, similar in the style of play but completely different in the basic structure. Let’s see all the details together below!

TGA 2021: everything we know about Among Us VR

As we could see at the announcement during the TGA 2021, the video shown shows very little: in this very small preview, we can see a scene in which a player performs one of his tasks (i.e. the insertion of the code), only to be reached behind the impostor.

We don’t know much else about Among Us VR – the game doesn’t have one yet release date, even though we know it will arrive on PlayStation VR, MetaQuest 2 e Steam and which is developed by the team of Schell Games. Given the small size of the Among Us team and the way the game has exploded in recent years, we can’t help but express our admiration for this feat of making a VR version of the game.

What do you think about it? Waiting for your response, to stay updated on all the news related to Among Us VR and TGA 2021, stay tuned to the TechGameWorld.com pages. If you prefer to buy game keys at discounted prices, you can do so via our link to Instant Gaming.

Why is Bitcoin experiencing a liquidity crisis in 2021? 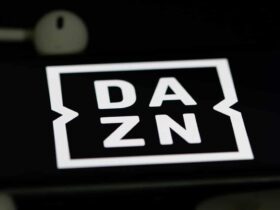 Many appointments on DAZN this weekend

Stranger Things day: 2021 all the news in preview