Naoki Yoshida recently unveiled some new details on Final Fantasy XVI, including the more than likely absence of the title at TGS 2021 to be held in October

After endless rumors, Final Fantasy XVI was officially unveiled as a new project of the Creative Business Unit III, led by Naoki Yoshida, at the Showcase for PlayStation 5 which was held last September. Nobody hoped for it, in reality, considering the short time passed from the closing to the support of the previous chapter, a Final Fantasy XV that has not managed so much to enter the hearts of passionate gamers of the series. The news of having Yoshida in charge of development, however, has greatly heartened the spirits, considering the excellent work he is doing on the now unsurpassed Final Fantasy XIV.

In the past few hours, it was Yoshida himself who unveiled some news on the development of Final Fantasy XVI. In a “Final Fantasy XIV Live Letter from the Producer”, episode of the series of streams dedicated to the updates of the MMORPG, the producer and director of Nier Replicant and Automata Yoko Taro chatted about the state of play of the sixteenth chapter. We leave you below a tweet from a user that summarizes the news from the stream.

-Voice recording for the ENGLISH version is almost complete
-All scenarios set in stone
-Development going well, but they might not be able to show it at TGS
-He wants to show it at utmost quality so people can watch and think “INSTANT BUY!” pic.twitter.com/YrL5ktKeDp

No Final Fantasy XVI at TGS 2021, but there is good news!

Yoshida would then have said that the scenario of the main story is practically over, just as the recording of the English dub is almost over. Unfortunately, however, the producer admitted that it will be very unlikely to see anything from Final Fantasy XVI at the upcoming Tokyo Game Show 2021 (expected from 30 September until 3 October). This is because he would like to show something new when he is ready.

In short, no Final Fantasy XVI at TGS 2021? Who knows, it depends on how the development of the title will proceed in the coming months. However, we agree with Yoshida in wanting to see something new when they are ready to show it. What do you think of the next chapter in the Square Enix series? Write it to us below in the comments, we will continue to keep you updated with all the news, guides and reviews on videogame and tech! And if you are interested in game keys at affordable prices, we recommend that you take a look at the InstantGaming catalog!

Cyberpunk 2077: the title has a new game director 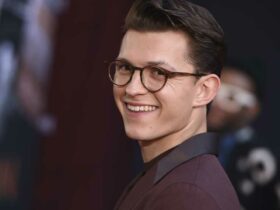 The Crowded Room: Tom Holland protagonist of the series 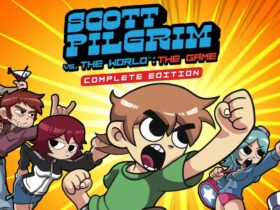 Scott Pilgrim vs. The World: what to know before starting to play

Deviation Games: here is the new studio of the Call of Duty veterans