The new Ford Ranger Raptor paves the way for pick–up in Europa, bringing the power and all-terrain dominance with Ranger’s off-road capabilities. In fact, the new Raptor is the first version of the pick-up to arrive on our continent and the first deliveries have already started.

Ford Ranger Raptor, the pick-up makes its debut in Europe

After announcing it at the beginning of the year, finally the pick-up Ford Ranger Raptor makes its debut on the European market. And the Blue Oval is already collecting orders for the series Wildtrack e Limitedother than Ranger XL e XLT. All models that are part of the most complete and powerful range of pick-ups presented in Europe.

Dave Burn, Chief Program Engineer at Ford Performance for the Ranger Raptor, explains: “With the new Ranger Raptor we have focused on building a truck with authentic performance. It’s much faster, it looks amazing, it’s packed with new features, and it’s the Toughest Ranger we’ve ever made.”

The powerful new pick-up uses a petrol engine EcoBoost V6 biturbo da 3.0 liters, tuned by Ford Performance to produce 292PS and 491Nm of torque. The cylinder block made of compacted graphite cast iron, which is approx 75% stronger and up to 75% stifferor compared to the traditional ones.

Depending on your driving style and needs, you can use the modes Quiet, Normal, Sport e Bajapowerful and loud for off-road use.

In addition to the engine power, there is the quality of the shock absorbers FOX Live Valve da 2,5 pollici with new generation internal bypass, which thanks also to the al Teflon reduce friction by 50%. Also there are technologies like the FOX Bottom-Out Controlalso tested in competition, which increases the damping during descents.

Safer driving, greater control (you can also calibrate off-road driving according to the type of terrain, for example sandy or muddy). Proven in the Baja 1000 desert rally. In short: a pickup capable of towing up to 2,500 kg and carry 3,130 kgwhich you can configure on the Ford website. 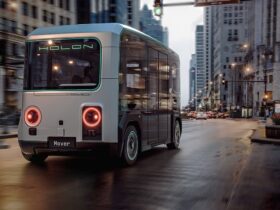 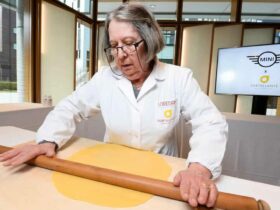 The quiet revolution is made with tortellini