Epic Games CEO Tim Sweeney said on Monday that Fortnite will not introduce NFTs into the game (Non Fungible Token), in the face of a rumor that has been circulating on the net for several days. The CEO explained that the reason behind this choice derives from the company’s fear of possible scams, which led the game community to discuss the topic animatedly.

Fortnite: NFTs will not be introduced in game

Scams are likely not the only reason Fortnite will stay away from NFTs anyway. In fact, as the editorial staff of The Verge suggests, the famous battle royale does not currently need to substantially push in-game purchases and at the same time it would not be able to capitalize that much on a decentralized control system based on the blockchain.

Not to mention the biggest limitation of all: that is Fortnite users don’t really own the items they buy in-game, a key element that could lead to enormous contradictions, given that NFTs can in fact pass ownership through private sale.

We aren’t touching NFTs as the whole field is currently tangled up with an intractable mix of scams, interesting decentralized tech foundations, and scams.

A last major limitation comes from the average game audience, mainly composed of children or in any case from minors, which would necessarily be cut off from a component of the title, if Epic decided to substantially introduce NFTs within the gaming economy of Fortnite.

In short, introducing this type of digital objects into the game seems presentare more disadvantages than anything else and this Tim Sweeney must know this pretty well, as he himself holds several examples of Non Fungible Token in his private life. It is no coincidence that Epic is showing various reluctance on the subject and most likely it is still far away the day in this option will be seriously considered.

The evolution of online gaming in the new millennium 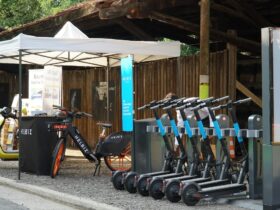 Which video games to try during the quarantine?