Gaming: the numbers of a rapidly growing sector. In 2020, video game sales in Italy reached a value of 2.2 billion euros, with a growth of 21.9% compared to the previous year.

In our country, the sector has 160 companies that employ 1,600 people (of which 79% are under the age of 36) and a turnover of 90 million euros. It is a sector that condenses talent, creativity, innovation and still has ample room for development. Help could come in the near future from public policies. According to the forecasts of Censis, by investing 45 million euros in gaming in five years (the sum provided by the NRP under the heading of financing of digital service platforms for developers and cultural enterprises), the turnover of Italian companies in the sector would rise to 357 million. euros in 2026.

Gaming in Italy: the strengths

Flywheel of recovery and ambassador of made in Italy. Italians believe in the potential of the sector. For 59.4%, the sector is able to generate many new jobs, especially for the benefit of young people. For 57.9% the talent and creativity of Italian developers will make gaming an ambassador in the world of made in Italy. For 54.2% (and the figure rises to 58.9% among graduates) the development of the sector contributes to the national economic recovery.

A pastime that amuses, excites and trains soft skills. For 71.6% of Italians (and even 85.9% of young people) video games are fun and make you spend your time in a pleasant way. 68.2% (with peaks up to 82.1% among young people) consider them engaging, because they know how to excite and transmit emotions. 60.8% find them intuitive and easy to use. For 52% (70.9% among young people and 58.6% among graduates) they help to develop new skills, such as solving problems or making decisions quickly. For 42.2%, video games promote socialization, because they encourage group activities.

Dissemination, teaching and medicine: it is not just a game. 59.1% of Italians think that videogames can make an important contribution to scientific dissemination and the simple dissemination of the results of studies and research. 57.9% emphasize the therapeutic function that video games can play for some specific pathologies, such as attention deficit or hyperactivity. For 56.5%, electronic games promote tourism and knowledge of the places in which they are set.

51.6% consider them useful for school teaching. 45.8% consider them an aid for the selection and evaluation of human resources. For 44.9% they support vocational training and skills transfer.

The growing popularity of esports. 58.5% of Italians know or have heard of esports, video game competitions. Among them, 40.5% give a positive opinion, while 17.7% do not love them. Those who know competitive gaming consider it a beautiful form of entertainment (52.4%), a healthy way to compete (40.7%), a tool for developing new skills and abilities (36.7%), a driving force for relatedness (29.1%). For 73.3%, esports are an original experience, different from traditional sports competitions.

The statements of the analyzers and experts of the sector

“The time has come to shine a cone of light on the gaming sector”, said Massimiliano Valerii, general manager of Censis. «Not only for the significant economic and employment contribution of the Italian video game industry. But also for the social functions that it can perform, hitherto underestimated: from supporting teaching in schools to developing the cognitive abilities of the very young. Italians demonstrate to a large extent that they are aware of this, now a certain stereotypical narrative needs to be renewed ».

“The results of this survey clearly highlight the versatile perception of the gaming world, no longer considered only as an entertainment and gaming phenomenon, but also as a social response to people’s needs an innovative solution for teaching, a basis for comparison and relational exchange. The pandemic has certainly accelerated this new “personality” of video games, now it is necessary to support its growth, both from a technological point of view and towards a “social traction” entertainment model, focusing on strong relational interactivity between people ” declared Marco Saletta, President of IIDEA 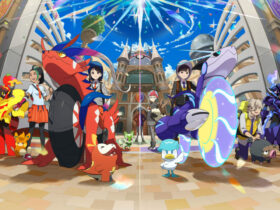