GeForce: here are the new laptops!

Good news for those expecting to spend a new year of gaming. There GeForce RTX 2050 joins the GeForce RTX 20 series of laptops. These new devices feature RT Cores, Tensor Cores and NVIDIA Encoder to enable NVIDIA’s suite of features including ray tracing, NVIDIA DLSS, Reflex and Broadcast, among others. There RTX 2050 also works perfectly with NVIDIA Optimus technology to ensure the perfect balance between long battery life and optimum performance.

NVIDIA GeForce MX550 offers an update of the GeForce MX450. With more CUDA Cores and faster memory speeds than before, it offers a noticeable increase in performance and efficiency for photo and video editing tasks, such as using Adobe Lightroom and Premiere Pro, and better gaming than before. to integrated graphics. 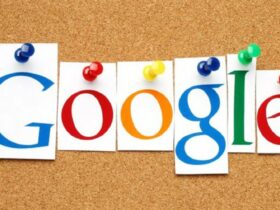 Google: here are all the announcements of CES 2022

Zelda lands in the NBA thanks to Cleveland Cavs star Jarrett Allen!

Switch Pro: the president of Nintendo of America hinted at the future of the Kyoto house