In this review we will tell you about Get-A-Grip Chip, a fun and colorful 2D platformer developed by Redstart Interactive

Nintendo Switch is the perfect console for the platform and now the platform has been enriched thanks to the arrival of a new exponent of the genre: Get-A-Grip Chip. The title is available on PC for a few months already, but now it has finally arrived also on the hybrid console of Nintendo. If you are interested in learning more about this version of Get-A-Grip Chip, then there is nothing left to do but keep reading our review!

Failure in the assembly line

In Get-A-Grip Chip you will wear the clothes of Chip, a nice little robot who works inside a factory that produces battery robots. Chip’s work was running smoothly but one day, due to an assembly line failure, his colleague Janet has gone mad and began to destroy the entire structure. With the factory in chaos and the newly built robots missing, it’s up to Chip to find a way to set things right.

The Get-A-Grip Chip story really is simple and, except for the intro and ending, in the course of the game it will never be given much importance. However, this is not a problem within a title so focused on gameplay, given that history is just a pretext to set the action in motion. Sure, a slightly more interesting storyline would have been appreciated, but ultimately this lack it does not damage the game in any way. 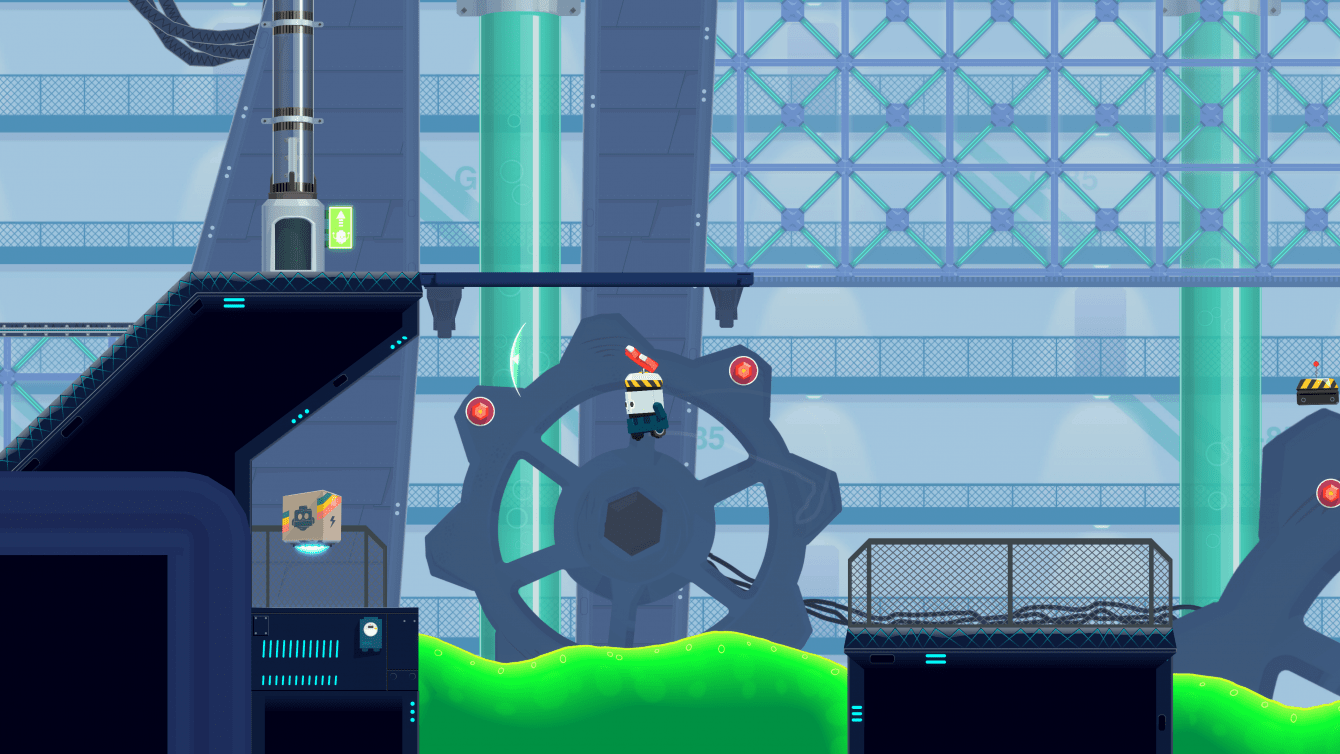 Get-A-Grip Chip presenta elements inspired by the most famous platformers in history, but does not take advantage of one of the most used mechanics since 1981: the jump. In fact, Chip does not have real legs, and consequently he is unable to jump in any way. Fortunately, however, the protagonist has a profit grappling hook which will allow him to cling to certain bolts and overcome various obstacles in the factory.

Once you hang on to a bolt, you can give yourself the momentum in any direction to reach a new attachment point. Despite the slowness of your protagonist, these air jumps they will be quite quick and will require some coordination to avoid having Chip come to a bad end. Furthermore, the bolts will not always be practical points of support, but they may also have some particular characteristics depending on the level. For example sometimes they could quickly launch you in a specific direction or they could come off due to your weight.

This variety of footholds helps make the levels complex and compelling, but sometimes they can get a little confusing. Despite the various aesthetic differences, in the course of our test it often happened that some unconventional bolts blend in with the background, leading to otherwise avoidable defeats. 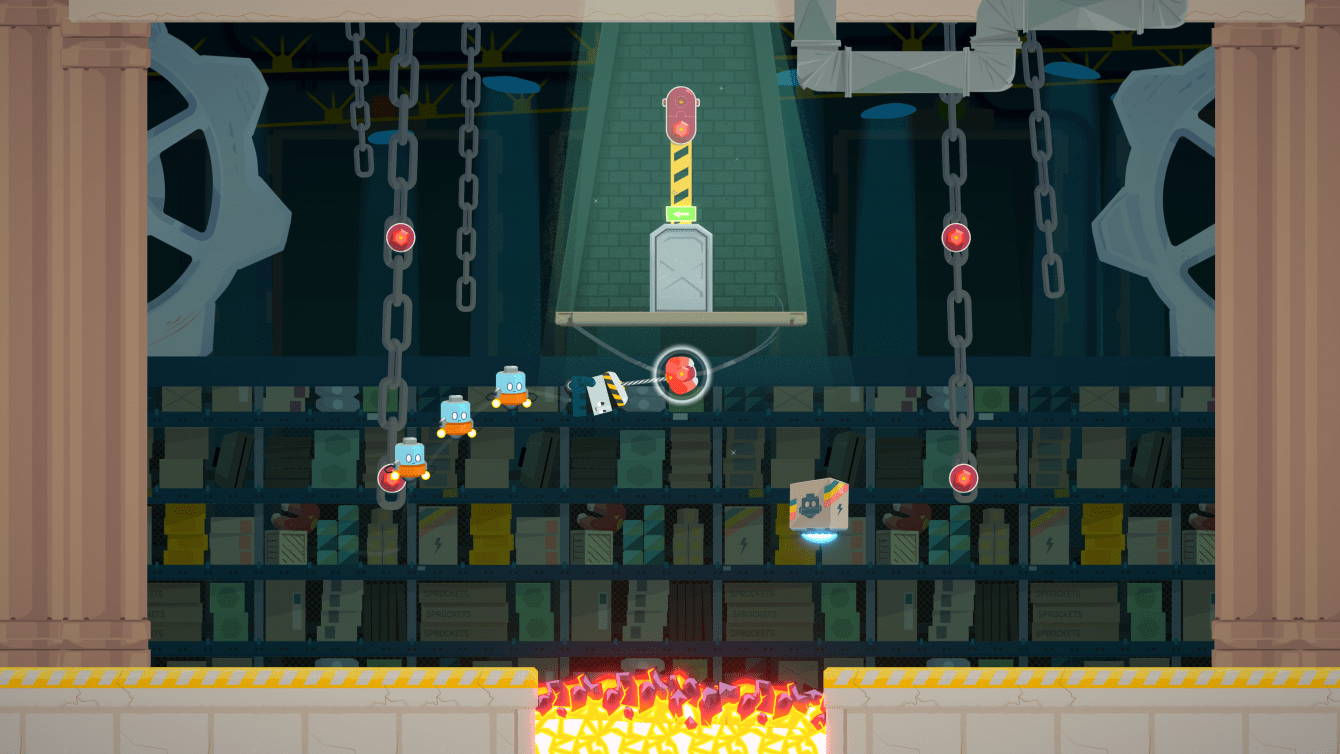 Get-A-Grip Chip has five different “worlds” consisting of six levels each, for a total of thirty levels overall. Based on the “world” they are in, these paintings they will differ greatly both from an aesthetic point of view and for their structure. Initially you will find yourself in the lower and outdated floors of the factory, where the levels are a lot simple and linear. Going forward, however, you will reach the most modern and technological sectors, where you will find in front of you a large number of death traps and alternative routes able to test even the most experienced players.

To make the levels even more interesting also contributes the large number of secrets hidden within them. The various paintings in the game are littered with hidden switches, traversable walls, and areas beyond the edge of the frame. The vast majority of these secrets are very cleverly placed and offer some additional challenges not to be underestimated.

In addition to the fun that comes from finding them, the secret areas of the game will also allow you to obtain gods battery robot. These robots are hidden in every area and collecting them will not only serve to increase your score in the ranking, but also to unlock new levels. 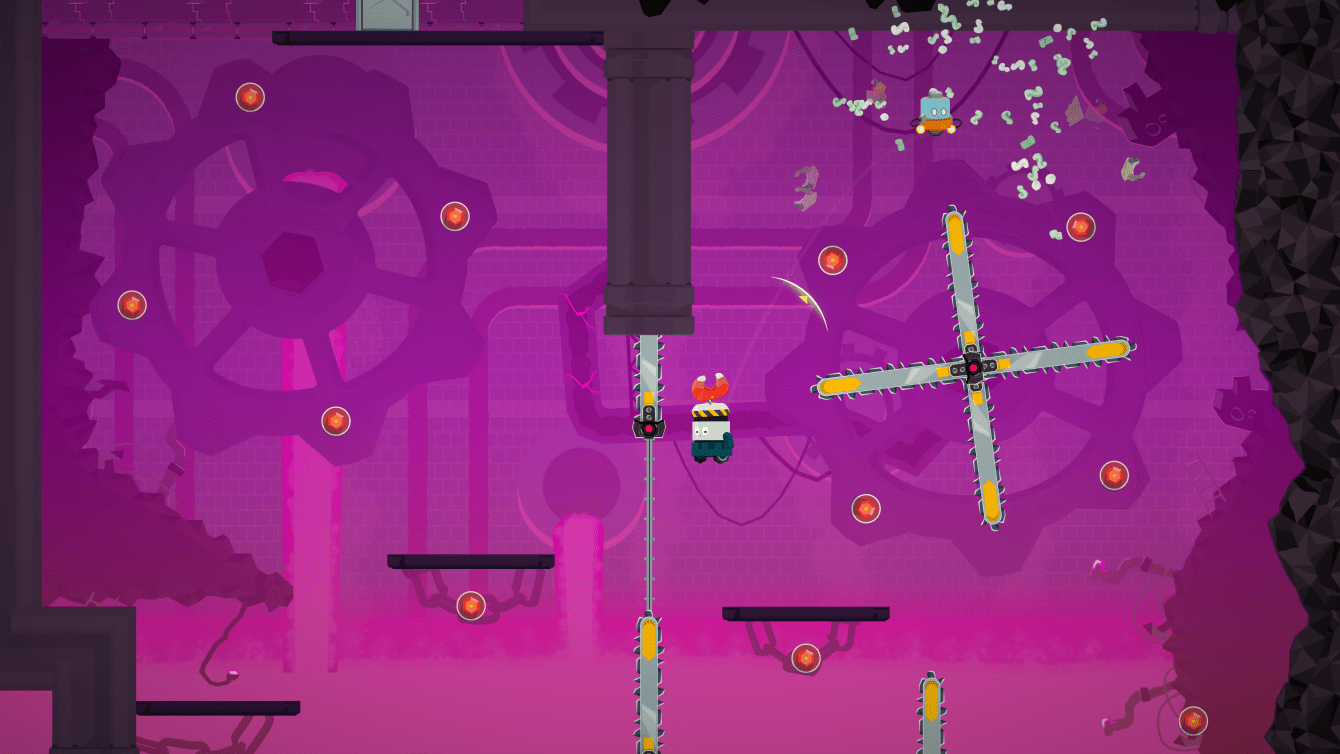 From a graphic point of view, Get-A-Grip Chip certainly does not leave you speechless, but thanks to his pleasant artistic style it still manages to leave a good impression. The characters have a really very cute design and the levels are all extremely varied and colorful. In addition, the title also features a really good soundtrack which is perfectly suited to the style of each of the five “worlds”.

For what concern technical sector we have no complaints about Get-A-Grip Chip. During our test we did not run into any kind of bugs and we did not experience serious frame drops in either portable or docked mode. Moreover also the various loads between one level and another are quite fast. We would also like to underline the presence of a very useful feature: the quick reset. This feature will allow you to restart a level immediately at the push of a button and is perfect for anyone looking to set records. 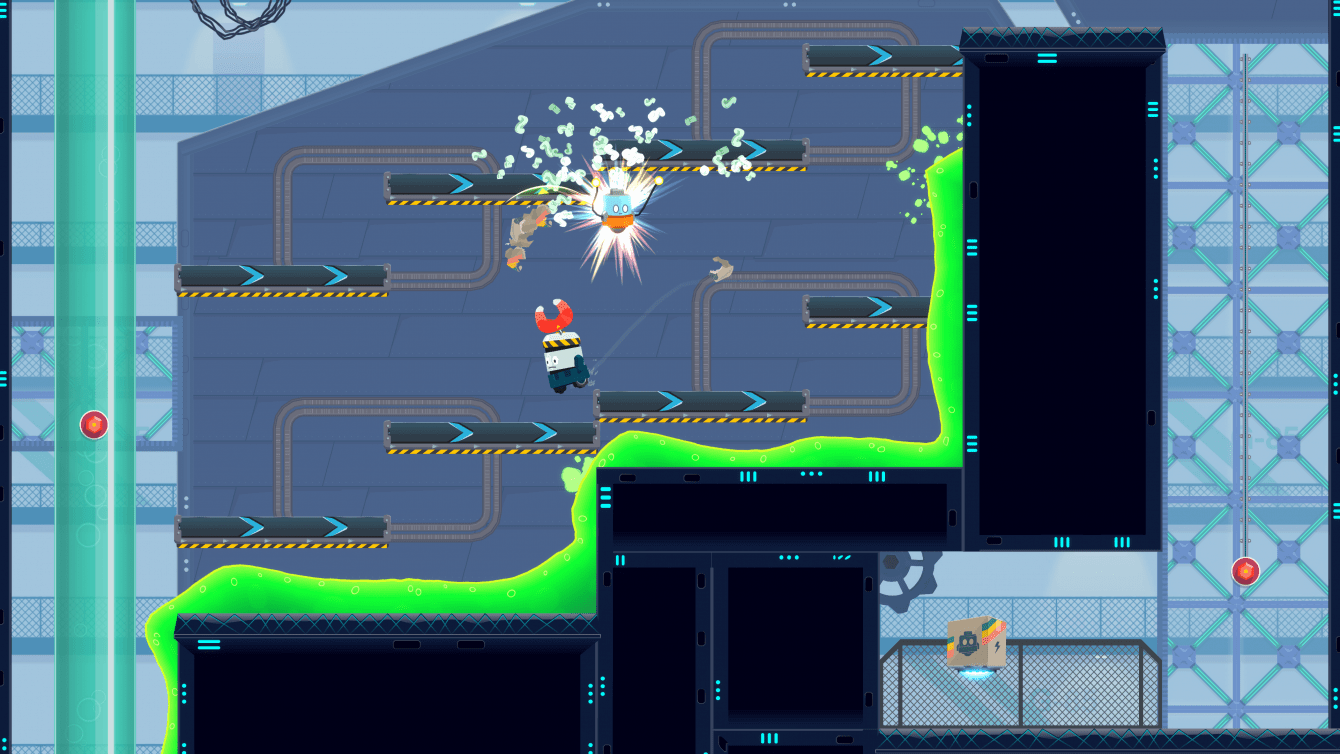 Now the point of our review has finally arrived where we sum up the Get-A-Grip Chip. This title is a really good platformer which is based on including many elements typical of the genre but removing the most classic of all: the jump. Levels are very varied and have a ever increasing complexity able to offer a valid challenge even to the most experienced players. Also, thanks to the abundance of secrets and the online ranking, so many people will be brought to replay the title over and over to improve. If you are looking for un bel platform to play with for several hours, then Get-A-Grip Chip is the game for you.

Get-A-Grip Chip sarà available from March 25 for Nintendo Switch. If you are interested in staying up to date with all the news on the world of video games and much more, then continue to follow us here on TechGameWorld.com. Furthermore, in case you want to buy some games at an advantageous price, we suggest you take a look at the many offers on Instant Gaming.