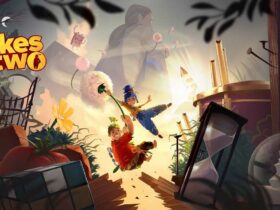 It Takes Two, what to know before starting

In this episode of the Monster Hunter Rise weapons guide we will tell you about the bow, a strong and handy ranged weapon

To approach a new chapter of the series, however, it is necessary to overcome a great initial obstacle, that is the choice of equipment. Monster Hunter weapons are very different from each other and to become skilled hunters it is essential that you find the one that suits you best. To help you with your research we have therefore decided to write one introductory guide for all Monster Hunter Rise weapons and in this new episode we will talk to you of the arch.

Eye on the target

Finally, after talking about all the melee weapons of Monster Hunter Rise, it’s time to write a guide on the bow. The arch is a powerful and handy ranged weapon which allows you to fight monsters without having to get close. The arrows fired by this tool inflict a lot of damage and are capable of apply different altered statuses thanks to the vials (which we will talk more about later).

To be able to use this weapon at its best, it is essential to have excellent aim and good movement skills, but not only. Shoot the arrows with the bow vi it will cost a certain amount of stamina and consequently it is important that you learn to manage it correctly. 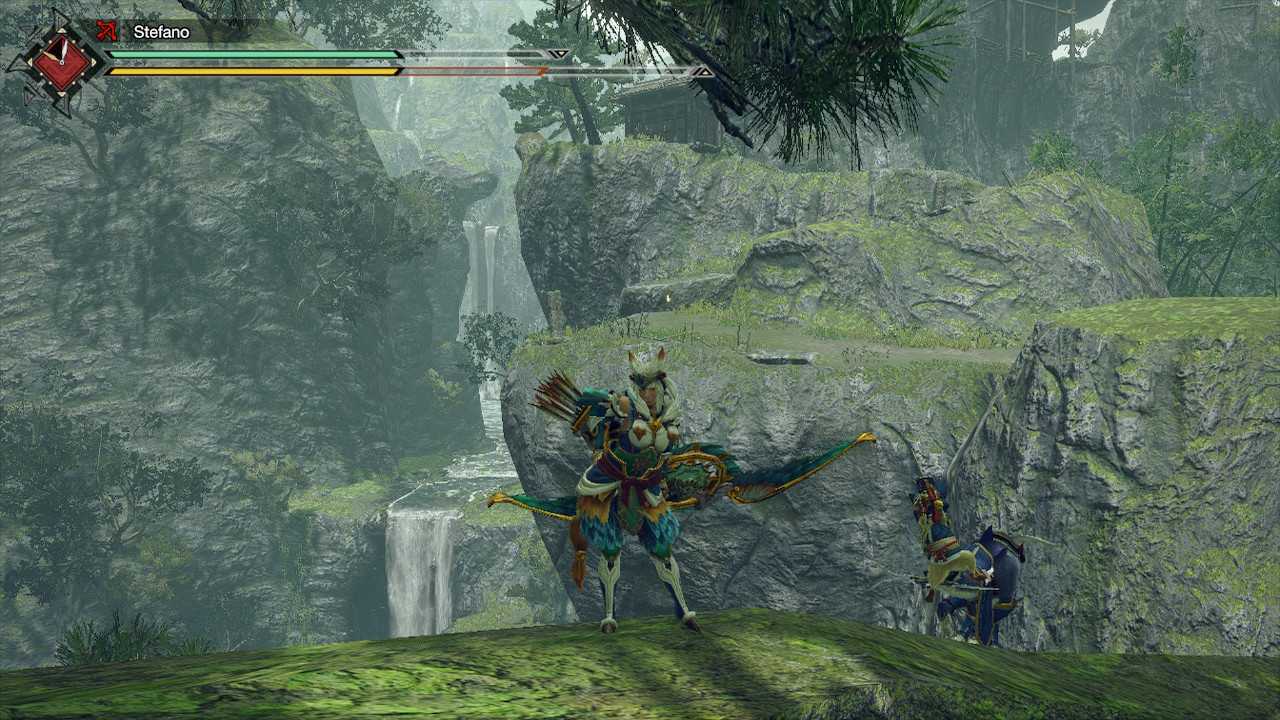 For sure many of you will think the bow is one of the fewest moving weapons in Monster Hunter Rise, but in this guide we will make you think again. To attack normally it will be enough for you keep pressed “ZL“ to aim and press “ZR” to shoot the arrows. But if you want you can also keep pressed “ZR”To enhance the damage of the arrows by increasing the charge level (there are 3 levels in all), but remember that this will waste a lot more stamina.

There are also alternative ways to upgrade your arrows. For example shooting several repeatedly their charge level will automatically increase linearly until it reaches the maximum degree. Furthermore it is also possible to press “B” while looking to quickly dodge in one direction while increasing the damage of the next arrow you fire.

In addition to the basic moves we have already told you about, it is also possible to perform two very fast and powerful ranged attacks pressing twice “A” after shooting a normal arrow. This technique is perfect for quickly dealing a lot of damage to your prey but it lacks a bit in terms of accuracy, therefore we suggest you to use it at close range.

The bow is also capable of performing two special attacks very useful. The first is the drills draghi, that is a very powerful piercing loaded arrow that can be used pressing “X+A” while looking. This move is perfect for dealing heavy damage to very long monsters, but the long-winded loading time will leave you exposed for quite a while.

The other special attack, on the other hand, is executable holding down “ZR + A” during the look and allows you to activate a buff ad area to empower your companions. In the demo this bonus increased health regeneration, but it is likely that the effect changes according to the arc used.

Finally, for the record, we would like to point out that by pressing “A”You can use an arrow as a dagger to hit a couple of close range attacks. This move however is extremely situational and during the hunt you will hardly ever exploit it. 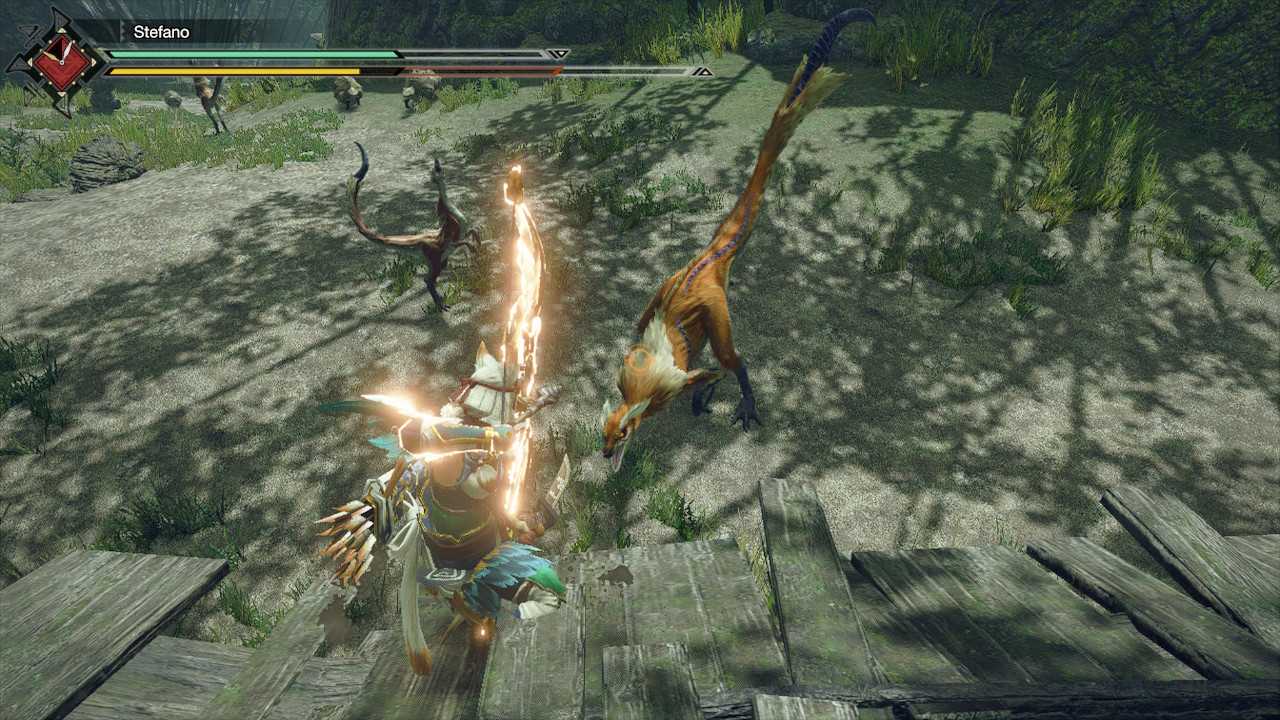 This isn’t the first Monster Hunter Rise guide you’ve heard of vials, but the bow was the first of all the weapons in the series to use these items. Unlike a sword and a loaded blade, the vials of the arch must be purchased and inventory before starting a mission, then you can finish them. For this reason you will have to be very careful when hunting don’t waste them so as not to risk running out of water too soon.

The bow uses these vials to apply gods to his arrows coatings able to offer various upgrades. The effects from the vials are: poison, paralysis, sleep, burst, fatigue, power e short range. The coatings they apply state alterati they are very useful to put monsters in difficulty and by exploiting them at the right time you can turn the tide of hunting. The vials power instead they will simply increase the damage, so we suggest you use them when you have the opportunity to land a lot of attacks.

The vials short range instead they will only increase your damage if you are close enough to a monster. Apparently this coating would not seem very useful for a ranged weapon but it has a peculiarity: it is infinite. These vials indeed they must not be purchased and will always be available at all times during the hunt. For this reason you can use them without problems in case you finish all the other coatings. 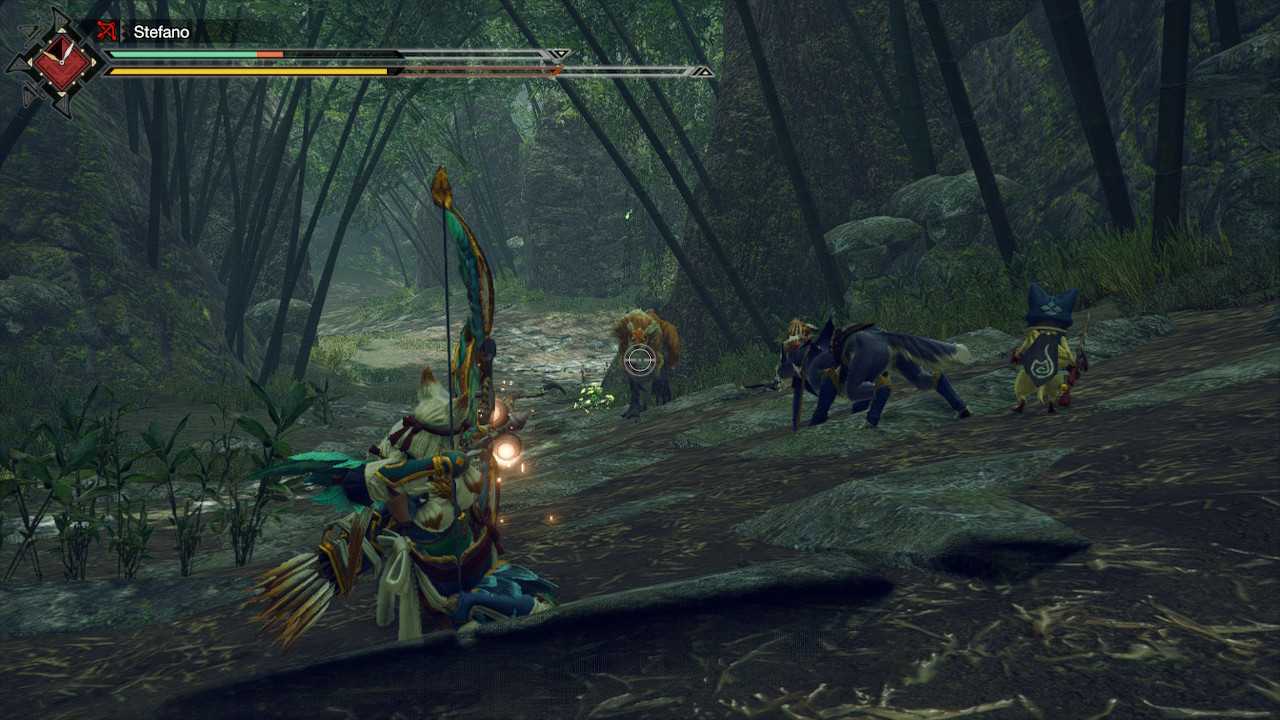 The bow wire insect attacks are: powerful unlined e aimed shot. Powerful Unsheathed is a move that allows you to quickly dash in one direction also increasing your attack for a short time. This technique is great for repositioning away from a monster while also getting a buff at the same time.

Targeted shooting on the other hand is a technique that allows you to dodge quickly an attack then landing in a crouched position. In addition to being perfect for avoiding the most dangerous hits of monsters, this move will also allow you to regenerate the resistance very quickly as long as you squat.

In this paragraph of the guide we talked to you about bowstring bows featured in the latest Monster Hunter Rise demo, but before concluding we would like to remind you that in the full game these techniques may vary based on weapons or other factors. In the various videos shown by Capcom there are several attacks unusable in the demo, so it is likely that you can change them in some way. 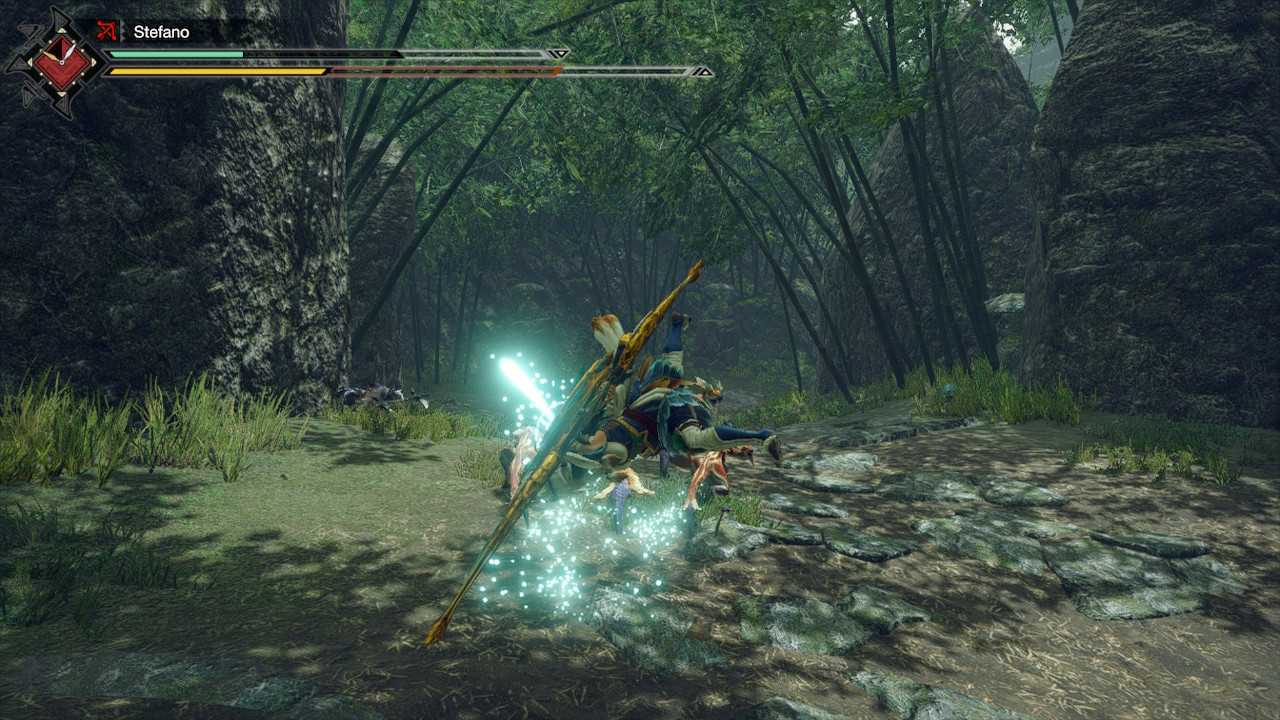 This concludes the episode of our Monster Hunter Rise weapons guide dedicated to the bow. Now you just have to wait for the game to come out for unleash your archery skills against all creatures that try to attack Kamura.

In case you want to know more about the game, we invite you to read ours preview. Also, if this guide dedicated to the bow has been useful to you, we suggest you check out the other articles on Monster Hunter Rise weapons here on the site as well: