About a year after its launch on PC, PlayStation 4, Xbox One and Nintendo Switch, Ghostrunner is finally ready to make its debut on next gen, specifically on PlayStation 5 e Xbox Series X|S. We at Tech Princess have had the opportunity to try Ghostrunner’s new look on a PlayStation 5 console and after a few hours in his company we are ready to offer you our review.

Ghostrunner for PlayStation 5: our review

Before going into the merits of the technical characteristics of Ghostrunner on next-generation consoles, we would like to specify that on the pages of Tech Princess there is already an exhaustive review of the title, by our Francesca and that you can read by following this link. It follows that this article will no longer focus so much on the playful goodness of production, but more on how the game runs on next gen consoles.

However, we would like to spend a few introductory words on Ghostrunner. The game is configured as a first-person action, strongly centered on a mechanism of gameplay trial and error. In fact, both us and our enemies will die with a single shot, which makes the various levels of the game almost puzzle, in which it is necessary to always be on the move and carefully plan our every single action.

Fortunately, although this system may seem like it strongly punitive, in reality it is much less disabling than it seems, thanks to a particularly permissive and preparatory checkpoint system for the numerous attempts that will be necessary for each single screen.

A combat system made up of lights and shadows, which on the one hand can become very frustrating very quickly and on the other offers a immense satisfaction once you understand how to deal with a given situation. Again, we recommend that you take a look at our review to find out more.

The next gen factor

So let’s talk about the port that the guys from One More Level operated. One of the elements that are immediately evident is the graphical update, which allows you to play at high resolution and up to 120 FPS, which makes the whole game a joy for the eyes and for the pad in hand. The choice to implement the ray tracing, which makes cyberpunk settings even more fascinating.

As for the PlayStation 5 version specifically, we could not help but notice some more or less unjustified absences and that we would have been very pleased to see. For example the 3D audio function is almost completely missing, but perhaps the loudest absence of all is that relative to the support of the feedback aptico of DualSense, which would have greatly benefited the gameplay. 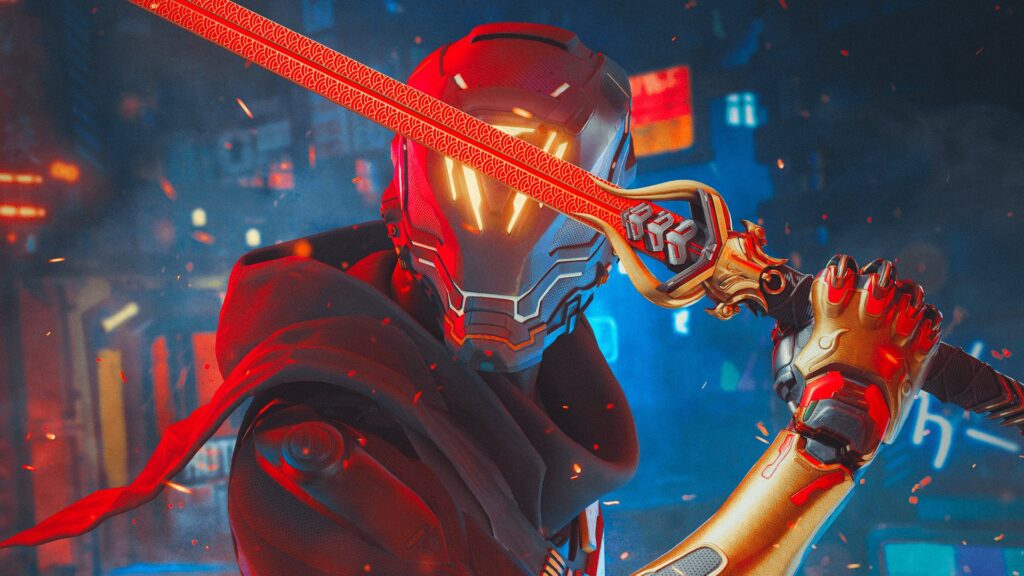 A notable strength of the port is the fact that it includes all modes released after launch, such as the Time Attack and the Kill Run, not counting the photo mode, with one that we tinkered with a lot during our test and that did not leave us disappointed in any way.

Despite these obvious limitations, the PS5 version of Ghostrunner is arguably better than its standard counterpart, which makes the game even better looking than it was before. Of course, there is no doubt that it could give much more, but even so it is a great product for all those who have not yet played Ghostrunner on the older generation consoles.