God of War 2 was postponed to 2022. Santa Monica Studio announces it with a press release. Meanwhile, Hermen Hulst gave an interview on the PlayStation Blog, where, in addition to confirming the postponement of the title, also speaks of some very interesting information on the production, which apparently will also arrive on PlayStation 4, and not just on PlayStation 5, as many initially thought.

The news of the postponement of God of War 2 to 2022 does not surprise that much. There had been no news about the game for a long time, except for the presentation teaser trailer shown last year. Hermen Hulst, in an interview on the PlayStation Blog, also said that the title will arrive on PS4. This is a reverse that is not too surprising. Horizon Forbidden West, in fact, will also make its debut on the old Sony console, a symptom of the need for don’t leave a console base behind which has over millions of units scattered all over the world. 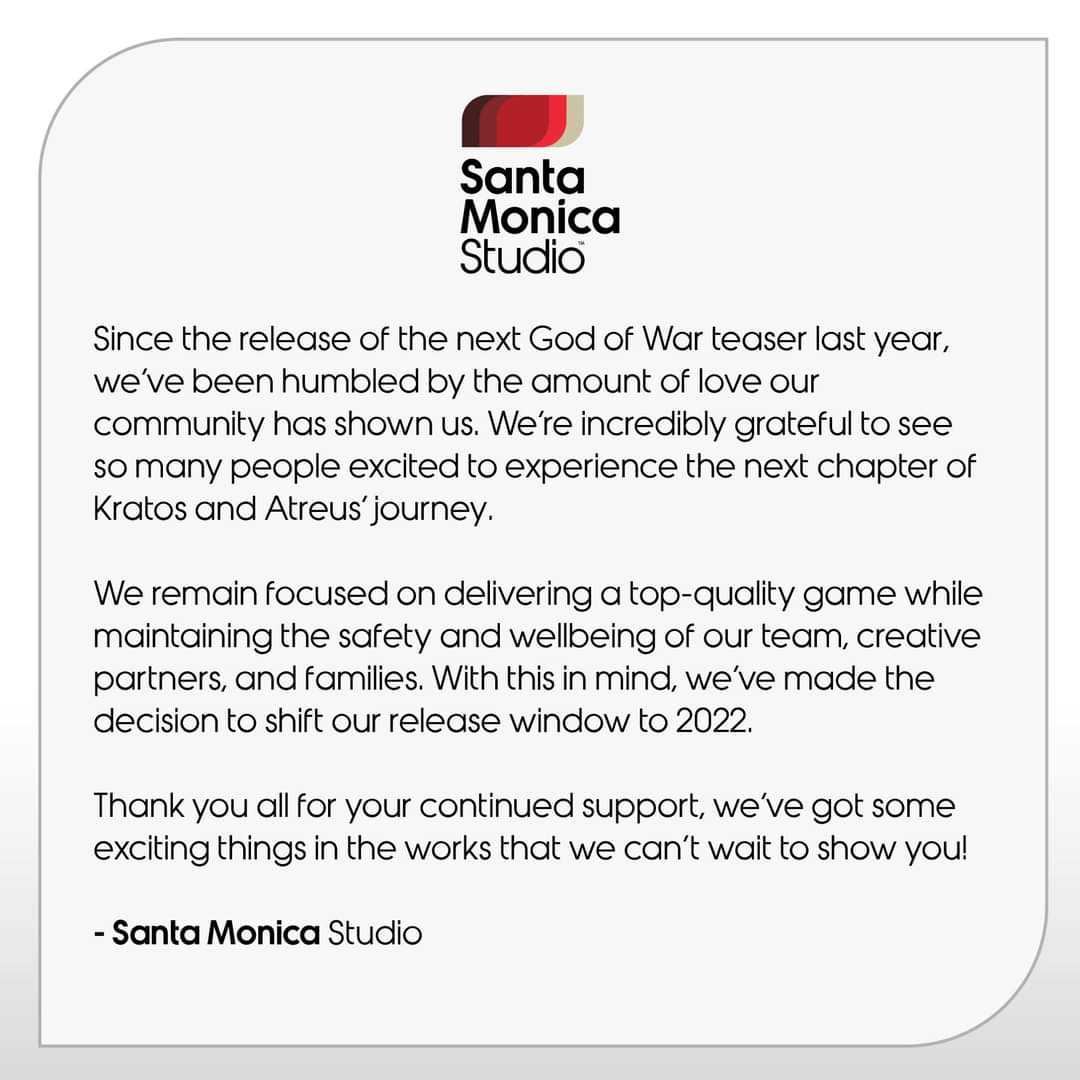 Sony also divulged other interesting information. It seems that too the next episode of Gran Turismo will arrive on PS4. The policy of the Japanese giant, in practice, is becoming very similar to the inclusive one adopted within the‘Microsoft ecosystem for some years. Recently, in fact, Sony has brought Days Gone to PC and is planning other ports of exclusive titles, such as Uncharted 4.

What do you think of this news? Have you seen the gorgeous Horizon Forbidden West gameplay iler? If you want to buy one of these titles, why not check out Instant-Gaming? You may find many game keys at very affordable prices. To stay informed about the world of technology and video games, continue to follow us on the pages of TechGameWorld.com.