After renewing your smartwatch software with the collaboration with Samsung and after purchasing Fitbit, Mountain View engineers are ready to enter the smart watch industry. Indeed a new report suggests that Google is ready to launch a Pixel Watch in 2022. Here’s everything we know about the new wrist-mounted Pixel.

The news comes from Business Insider, who was able to closely observe the internal projects with the code name “Rohan“, Confirmed by several Google employees. So this is not an official announcement, but we are close to it. Google has finally decided to bring the intelligence of the Pixels to users’ wrists too.

Until now, the Mountain View company had only worked in the software world. This year it announced its collaboration with Samsung on the software level with the sound of trumpets. But only the Korean manufacturer has launched a new smartwatch on the market. In 2022 it seems that Google is ready to challenge the Apple and his Apple Watch directly.

Unlike the Apple Watch, the Pixel smartwatch will have a circular design without any bezels (the screen folds over the crown, in 2.5D). But how the Cupertino watch will show great attention to health and metrics for sport.

Google engineers already have it on their wrist

According to whistleblowers from Business Insider, Google has provided some employees with the Pixel Watch to try it out in everyday life. A practice known as “dogfooding“, Which sees different sessions in which users can give gods feedback on how to improve the clock.

Inside the company they call the watch either Pixel Watch che Android Watch, a sign that marketing has not yet decided which name to give to the new device. But everyone agrees that the work on “Rohan” has increased a lot in the last year.

Google ha purchased FitBit this January for $ 2.1 billion. But it seems the company doesn’t want to put this device under Fitbit’s umbrella: sarà “made by Google”, just like the Pixels. From Fitbit, however, they have taken the focus on health and sports, two areas in which Apple’s rival excels in the market (with the exception of specific products).

The Pixel Watch coming in 2022 will have tracking of the heartbeat, a standard for smartwatches now. And Google employees report that it will offer step tracking as well other basic health features. But in September, when Google has dissolved its health division, announced that it would pursue the development of Healthcare technologies across the company.

An employee interviewed by Business Insider reports that the work done by the Fitbit work team, which has many Google Health employees, is working to an Apple-like health ecosystem. “It reflects quite directly what we saw with Apple Health. It seems that Google wants to recover the level of the Apple HealthKit ecosystem and is reorganizing everything in a future perspective ”.

So, even if the news for health will not be in the hardware of the next Pixel Watch, which will instead have the sensors already seen in other smartwatches, the company is working on new software. Which have always made a difference on Pixel smartphones. It seems that Google wants to replicate the same recipe. 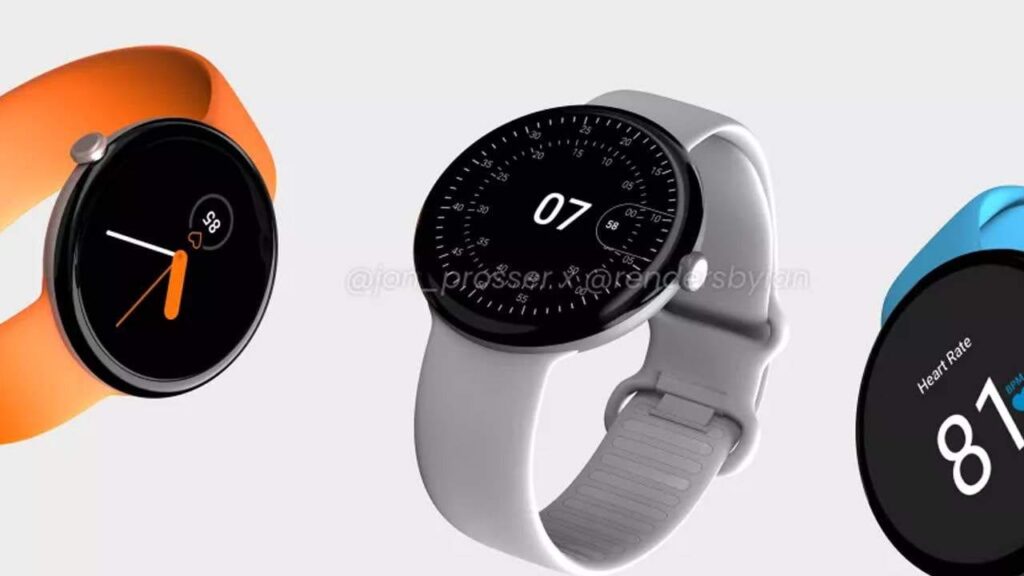 What kind of smartwatch will it be?

Google employees report that, in its current form, the Pixel Watch requires one daily charge. This means it belongs to the smartwatch category ‘energy eater‘, as the same product of the Apple. We therefore expect quite complete functions. Not just notifications as a smart band designed for health. But for example the possibility of use the Google Assistant to carry out many operations that usually require the use of a smartphone.

Google recently patented a “wrist” gestures for smartwatch. With the ability to reveal the movement of the hand to give directions. We don’t know at the moment if this option will arrive on the Pixel Watch. But it seems that instead we will see functions like Google Pay (an unconfirmed report reports the presence of a fingerprint reader on the smartwatch).

A complete smartwatch. But on which many questions still remain. Some executives have confirmed the launch date by 2022, with the possibility of a spring launch. But maybe we should wait until the end of summer to see the Pixel Watch.

At the moment the only information that seems confirmed (although not officially) is that the Google Pixel Watch will arrive and will arrive in 2022. But the technical details are still being decided, based on employee feedback. We are confident that in the coming months there will be new information leaking from Mountain View. We will keep you posted.