The Covid-19 emergency has radically changed our world. And the same can be said of the Green Pass, which has now become the pass necessary for some of our daily activities. For this very reason, the big tech companies are working to ensure that users can keep proof of vaccination in the smartphone wallet, so as to make it easier to show it when needed. Not surprisingly, the proposals come just as the Delta variant begins to spread everywhere, and local governments require you to show certification to enter bars, restaurants and gyms. So let’s see how industry giants such as Apple, Samsung and other smartphone manufacturers are organizing themselves.

Given the new regulations regarding the Green Pass, recently Apple, Samsung e Google have revealed plans for a feature that allows you to quickly retrieve the QR Code on users’ smartphones. The goal, of course, is to make it easier to scan for access to public and private facilities. In particular, just yesterday Samsung announced the collaboration with Commons Project, the developer of one of the many vaccine passport apps.

Specifically, it’s about CommonHealth, an application with simple and safe operation. Users are required to enter information such as name, date of birth, and date and place of vaccinations. Through a well-studied mechanism, the App check the information with vaccination centers and create a scannable QR Code. At this point, once the code is created, users can transfer it to Samsung Pay, so you can retrieve it and show it with a simple tap on the smartphone display.

“Rather than having to use CommonHealth – which is a personal clinical information app, which was not designed to walk into a grocery store and display a QR Code – you can now store it in a much more convenient place.” So reported JP Pollak, who designed the App. And that place, as we’ve already mentioned, is Samsung’s digital wallet. Or so it is for the US users, who can easily show their Green Pass at the entrance of bars, restaurants and gyms. But the company is likely to choose to expand this functionality elsewhere as well. On the other hand, the vaccination passport is a document that will be requested with increasing frequency in every part of the world. Already starting this week.

Vaccination passport and digital wallet: the proposals of Apple and Google

Already last June Google announced that it had begun work on a feature that would allow Android users to quickly access the Green Pass. In this way it will be possible to access the certification directly from a link on the main screen smartphone, even when offline or in a weak signal area. The important thing is to have a Play Protect certified phone, with Android 5 or later. A similar operation has also been thought of by Apple, which allows users to archive the certification nell’Apple Wallet. A simple and practical way to recover the QR Code when necessary. 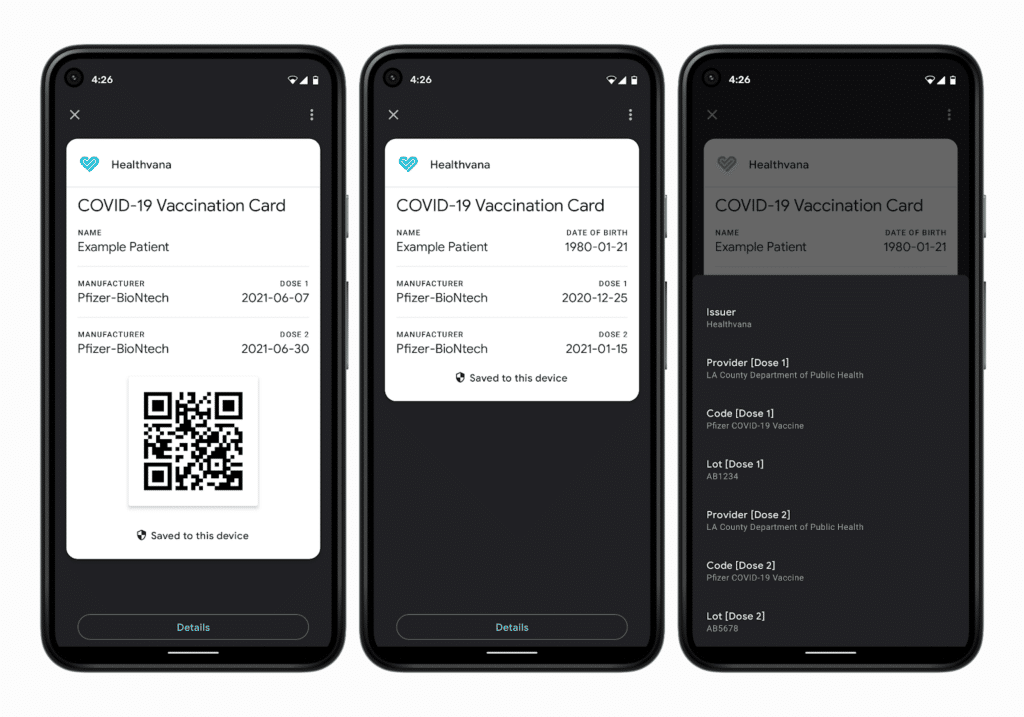 For the moment, the efforts of the smartphone makers seem to concern US users for the moment. Last Tuesday, in fact, the city of New York began to restrict entry to places such as bars, cinemas and gyms exclusively to vaccinated citizens. And the same will happen in San Francisco starting tomorrow. The need for quick access to the Green Pass has therefore become imminent. On the other hand, however, the apps for the vaccination passport have raised the doubts of privacy advocates. Even if these applications, in fact, have integrated privacy protection systems, such as storing the QR Code on the smartphone rather than on the Cloud, where third parties could access it.

Yet, the very existence of a certification that records the movements of citizens makes us think. “I fear that we are heading more and more towards a world where we need half a dozen or a dozen different apps just to move around throughout the day and show that we are vaccinated for the different facilities we want to enter.” So says Albert Fox Cahn, the director of the Surveillance Technology Oversight Project, a non-profit organization in New York City. And it is impossible not to agree with him. The Green Pass will be our pass for the activities of our daily life, and beyond. Our pass partout hidden in the digital wallet. And will it work?