No matter how big a video game company is, there has never been a perfect game launch: the release of a title always involves some kind of hitch, and often on PC it does. further amplified, almost always due to insufficient optimization. Rockstar Games has been releasing GTA Trilogy for nearly two weeks now, and it has come full of problems and disservices.

Even the Rockstar launcher was no longer able to work, and was thus rendered impossible to buy the game or even access the other works of the videogame house; it came then restored only a few days later. In a post published on their site, Rockstar talks about these facts that characterized the launch of GTA Trilogy, also adding how the old versions of the saga will soon return to PC.

The return to PC of the classic chapters of GTA Trilogy

Before officially releasing GTA Trilogy, Rockstar removed from the store the old games in the series, which would be replaced by their remastered versions. However, seeing the results, the company has also come to understand the players who wish to be able to have at their disposal anyway the original experiences: for this reason Rockstar has decided that GTA Trilogy will take on the role of preserving the most iconic episodes of the series even on the newest consoles, while at the same time the old glories will be brought back to its PC store, in their initial state and all in the form of a bundle. In addition, a kind of will also be added compensation for users PC were somewhat disappointed indecent refurbishment brought with the GTA Trilogy: every player who has purchased the game so far will receive the classic versions of Grand Theft Auto III, Vice City and San Andreas from 30 June 2022, at no additional cost. In the meantime, Rockstar will continue to analyze and fix the technical problems present in the games, with the aim of truly arriving at the intended quality, and that the games deserved to have.

Keep following us on TechGameWorld.com for other gaming news, and take a look at the Instant Gaming store for new games at very affordable prices. 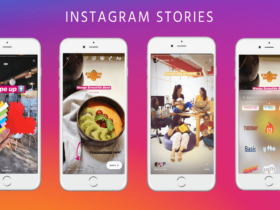 Nier Replicant: how to unlock all endings

Play Has No Limits also arrives in Milan