Strive, the latest fighting game developed by Arc System Works, is revolutionary in its own way. Let’s see together why in this Guilty Gear Strive review

Guilty Gear Strive is the new chapter of the historical 2D fighting series conceived and developed by Arc System Works. Available on PS4, PS5 and PC, Strive is the sequel to Guilty Gear Xrd released several years ago on PS3 and later on PS4. The problem that pervades the fighting game genre has always been their difficulty in being usable and understandable to an external audience. Let’s see together in this one review from Guilty Gear Strive, how the developers managed to make a title complex and layered suitable for everyone.

Let’s start with the basics

As already mentioned, Guilty Gear Strive (where the number 4 stands for bedroom series title) is probably the best fighting game at the moment. The problem with this genre has always stemmed from their nature, which is the high level of learning of the mechanics combined with a high difficulty general, it has always led to fighting games to be played by players experts. This can also be seen, for the writer, by the large number of tournaments official and dedicated events that testify to the apparent “elitism” of the genre. So what to say about this new chapter by Guilty Gear? Let’s start by saying that complexity and layering mean that the title can be approached by whoever. In fact, both newbies and gamers already experts, will enjoy this new chapter. But let’s go in order and let’s analyze all the aspects of the game in this Guilty Gear Strive review. 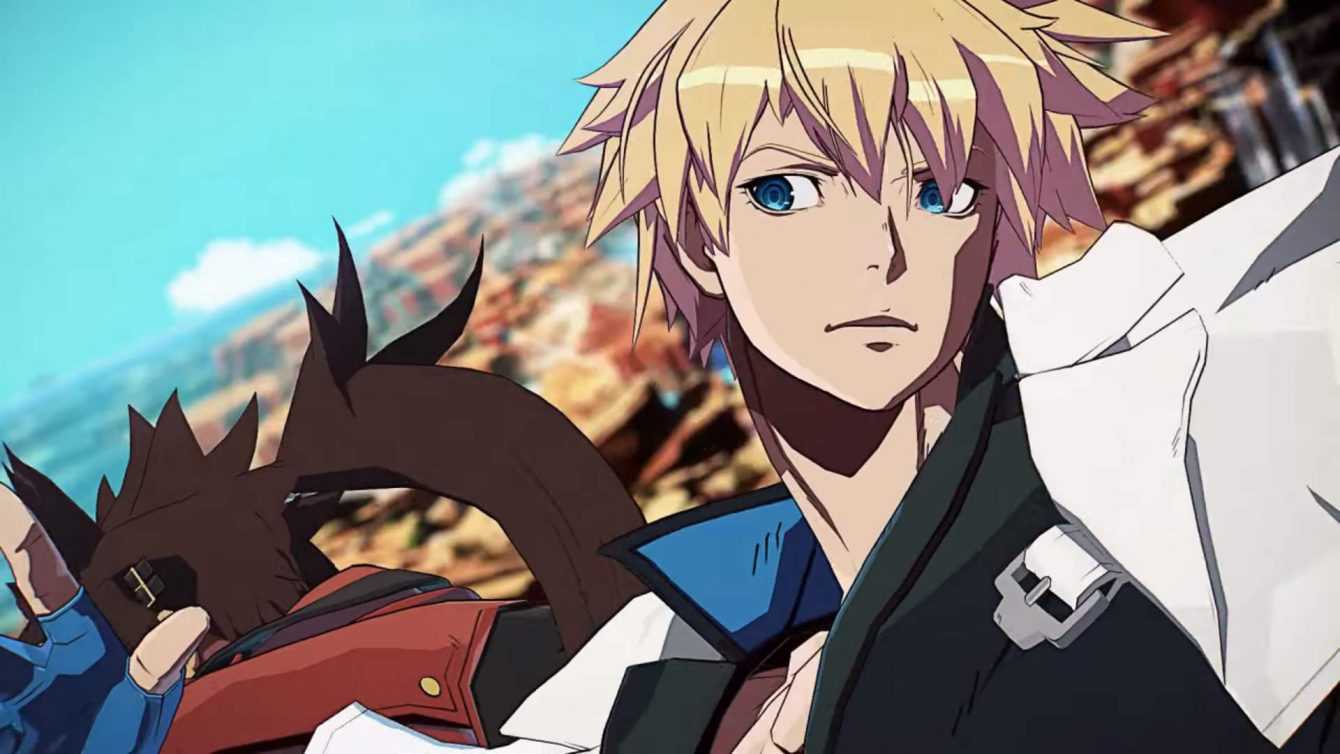 The game has different modes, all (or almost all) very interesting. The game menu is divided into three branches main: Offline, Net e History. Within the Offline branch we can find all the single modes. That is 1 player, 2 local players and the new introduction of the dojo. If we choose the 1 player mode, we can fight in Arcade, battles with the CPU or in survival, in which we will have to face sequential battles of difficulty gradually increasing. The dojo instead it is one of the most interesting parts.

From the classic training, that is a fighting session in which we can practice freely, without time constraints, in using moves and combos with the possibility of seeing the input a schermo, you will then move on to the tutorial. In tutorial, also designed for those approaching this genre for the first time, players are helped to know the controls and basic combo, such as moving, attacking, jumping and dashing. 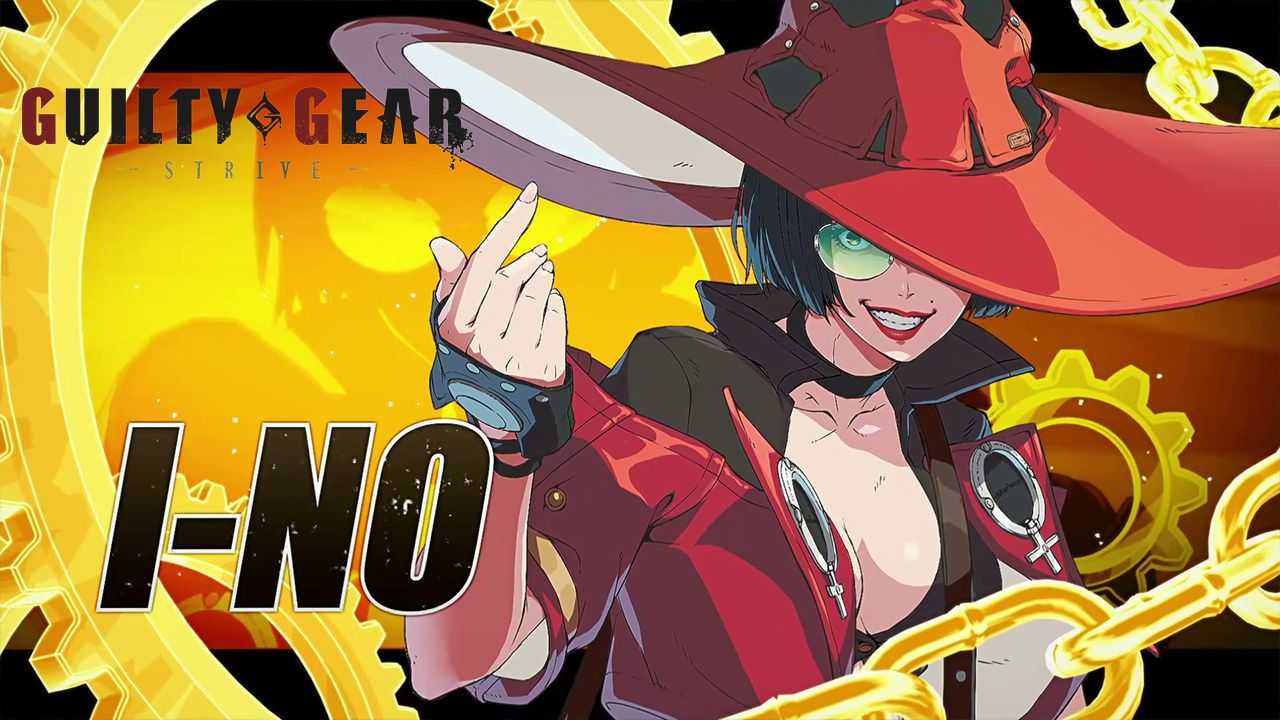 The modality is more complex and advanced missions. This is made up of five mission classes, each of difficulty growing. In each of them, a list of about ten or twenty is offered aims to reach to continue. The missions range from practicing the various mechanics or combo basic, such as mechanics such as the wall break (one of the many novelties of this chapter) or the double jump, up to real strategy advanced to be used in more competitive contexts, such as understanding the timing of enemy combos, dashing and quickly fight back.

The discordant note of this whole mode is that, although well structured and although referring mainly to low and medium level players, fails in an effort to effectively communicate multiple combos complex, as the time to learn them is really too low and the error tolerance threshold is inexistent. This is often frustrating. 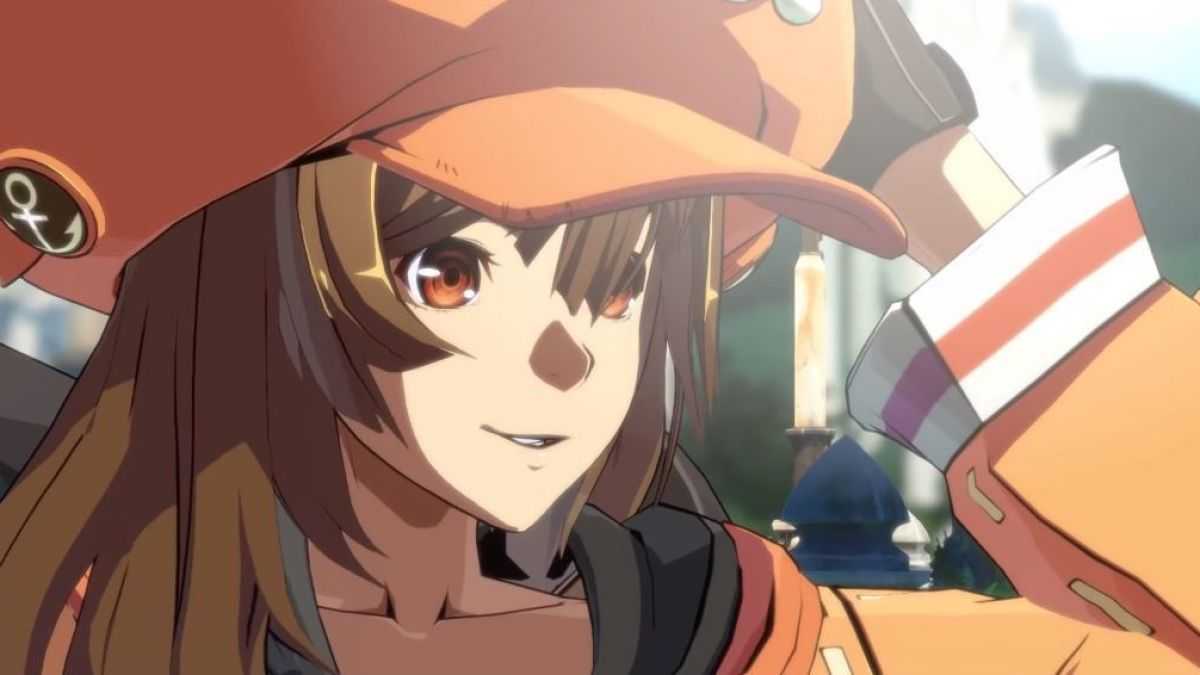 But let’s move on to the main course, i fighting. Strive’s combat system is incredible. The approach to a different type of audience without giving up what has been the playful history of Guilty Gear is commendable. The gameplay innovations favoring new players are diverse. First the Wall Break, once the player has arrived with his “back to the wall” at the right or left edge of the arena following one series of attacks of the opponent, the game, with an animation, will catapult both into one new arena.

This mechanic is aimed at not making the clashes too much frustrating for the player at a disadvantage and allows, after a time limit, to restore the action. In Strive they were also simplified the combos. These in previous titles demanded big studio and dedication to be learned. Now it is enough to press very few keys with the right timing to unleash devastating blows.

The last aspect that deserves to be analyzed in Strive’s combat is the Roman Cancel. This mechanic basically allows you to to interrupt a series of enemy attacks. This technique, when used, causes a colored wave to appear around your character and slows down the enemy’s action at the cost of a part of the tension bar, allowing the player to formulate a new one strategy from scratch. In summary, they have been reduced all the timing of the activation of the combos. In general the combat system is now much more permissive and smooth without placing a limit on the bravura of the most experienced. Finally, the fights remain, beyond the technical aspects, a real one show for the eyes. The combos, as well as the attacks special, are different and unique to each character. 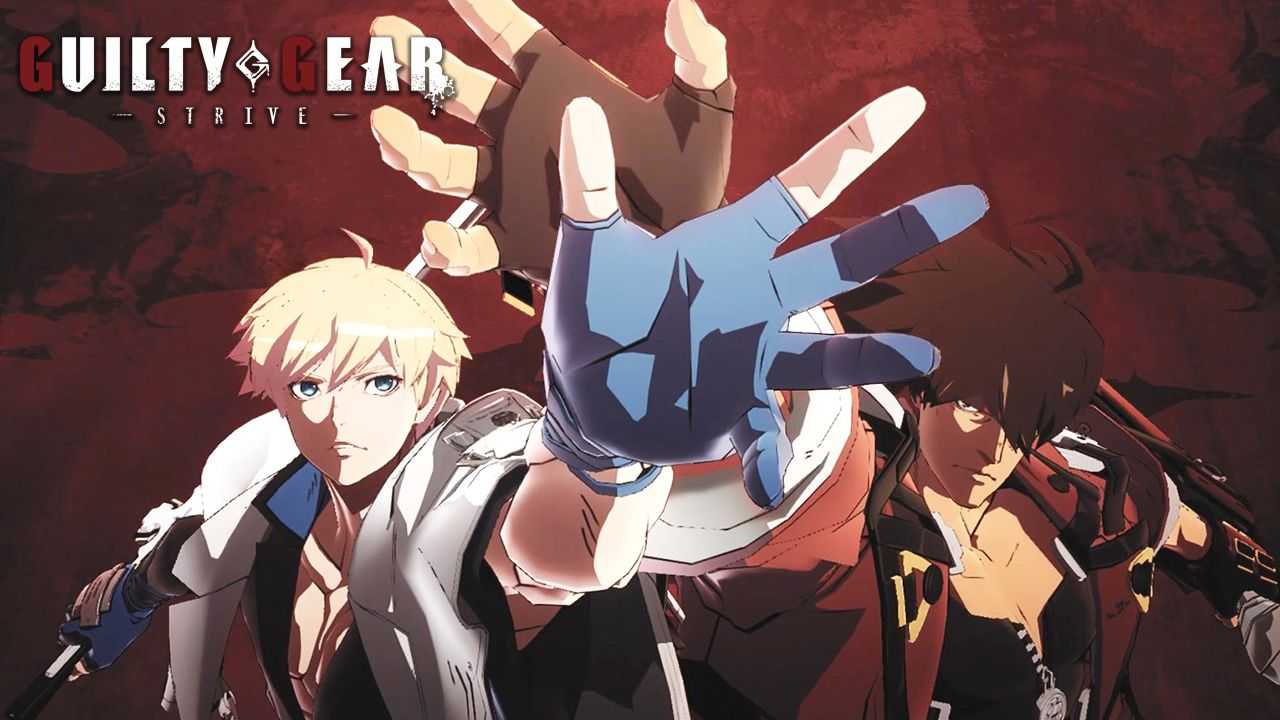 Strive owns two souls. While the game fits perfectly into a classic fighting game with its modes, from training to online fights, on the other hand, it offers one of the best narrative sectors for a title of its kind. Along with the Naruto series, Tekken and a few others, Guilty Gear Strive offers a whole narrative universe made up of characters and plots that intersect. This can also be seen in the menu called on purpose World of GG, where the chronology of events, the relationships between the characters and the glossary with items and terms used in the anime. For this to speak of the modality History. This mode is nothing more than a long anime series made up of multiple episodes. If you are tired and want to disconnect from watching the anime, the game allows you to to save progress and resume the last chapter seen.

The story mode is therefore the second strength of the title. The various episodes they enjoy are made in one cell shading and with animations that have nothing to envy to the most famous series in the general context of anime. The only flaw, if we really want to nitpick, lies perhaps in the depths that are not exactly well-kept.

For the rest, the story follows the events from the various points of view of the characters and sees the protagonists, never really good, fighting to avoid one catastrophe world date from the awakening of various dangerous characters, from the worst criminal in history known as “That man”, that is Asuka R. Kreutz, to his henchmen I-No, Raven and the beautiful Jack-O ‘Valentine. In general, history leaves itself behind to watch, the structure is similar to that of a classic battle shonen with clashes, revealing moments and power ups. 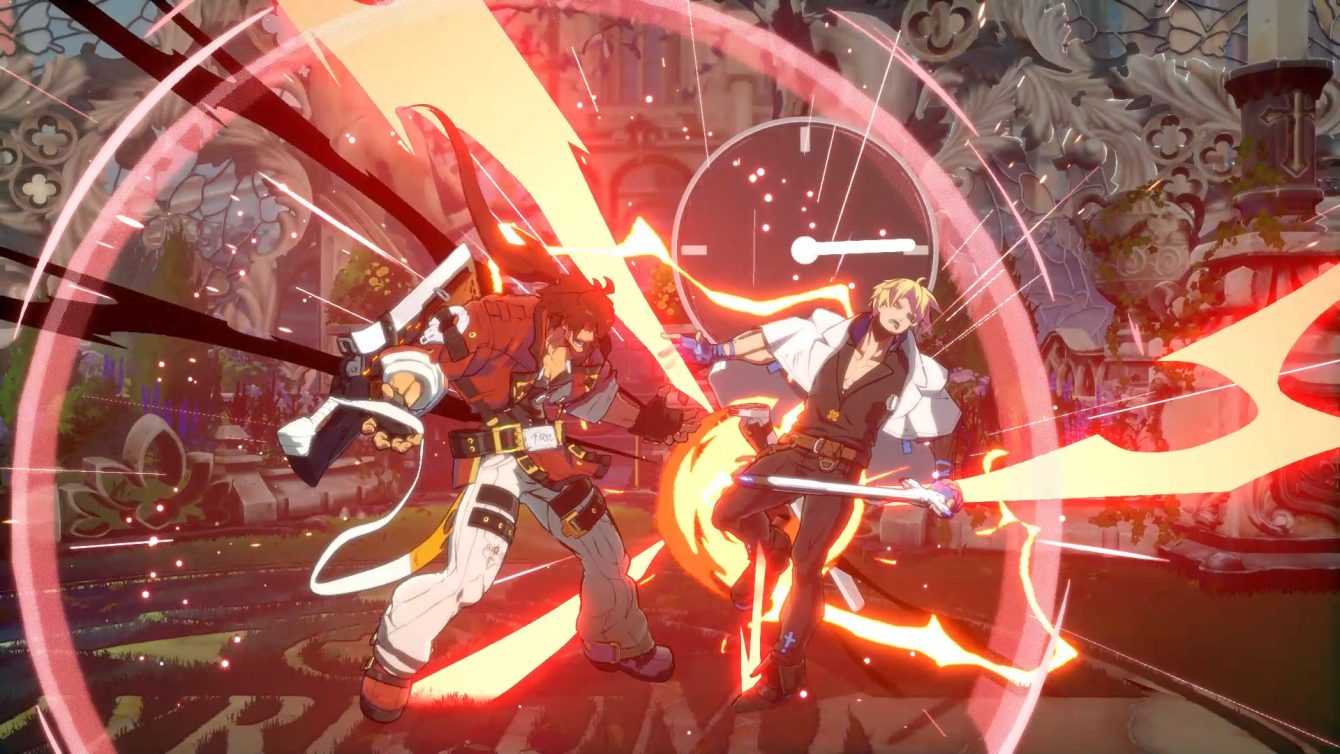 To conclude this review of Guilty Gear Strive, this new chapter of the series is the confirmation of how much you can make a videogame genre approachable by a vast kind of public. From the quick fights that make the games well paced and fast, to the impeccable anime aesthetic both in the animations of the fights that in the story mode, the title offers numerous reasons to be at least tried by everyone the players. What the Arc System Works studio has done is to refine the gameplay again and improve the gameplay experience already improved with Dragon Ball FighterZ. We remind you that the title is available for consoles PS4, PS5 e PC Windows.

To buy securities in Discount, go to our Instant Gaming link! To stay up to date on the latest news or to read other reviews, follow the pages of TechGameWorld.com.