Among the numerous awards obtained by Hades, the title developed by Supergiant Games, now also stands out the prestigious Hugo Award

There are so many awards obtained by Hades, the title developed by Supergiant Games which, since its debut, has done nothing but collect the widest consensus from the public and critics. And to all these awards, an extremely prestigious one has recently been added, namely theHugo Award, which for the first time in its history awarded a video game. The competition to beat was really fierce, given that in contention there were productions of the caliber of Final Fantasy 7 Remake, The Last of Us Part 2 and Animal Crossing New Horizons, but in the end it was the rougue-lite with protagonist Zagreus.

Hades honored at the Hugo Awards: first time for a video game

The writer and creative director of Supergiant, Greg Kasavin, could not help but express all his satisfaction for the prestigious recognition obtained, and on the occasion of a public speech he wished that theHugo Award can continue to offer due recognition to the work done in the videogame field. And to echo him the words of Colette Fozard, co-president of DisCon3 (the company responsible for the event), which confirmed that, although the prize al Best Video Game had been thought of as a unique recognition, the committee is considering turn it into a permanent category.

“Since early 2020, many of us have spent more time gaming than we ever expected. This award will offer fans an opportunity to celebrate the games that have been meaningful, joyful, and exceptional over this past year.” – #DisconIII co-chair @yesTHATColette said of the award. 2/3 pic.twitter.com/33sT2xRB3I

L’Hugo Award has always been an award reserved for the best sci-fi and fantasy works, dedicated to Hugo Gernsback, the founder of Amazing Stories, the first magazine dedicated to the world of science fiction, born in 1926.

Hades is available for PC, Xbox One, Xbox Series X / S, PS4, PS5 and Nintendo Switch, and if you are among the 3 people who have never heard of it yet, just read our review to understand the immense potential of the signed title Supergiant Games.

Before saying goodbye, and renewing the invitation to stay in the company of TechGameWorld.com, we remind you that on Instant Gaming you can find many offers dedicated to the world of video games.

The success of e-commerce of food products: all the advantages

Disney Plus Day 2021: all scheduled events 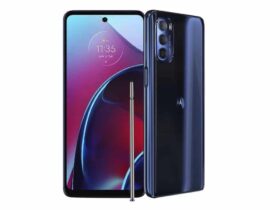