IO Interactive announced that users PC will be able to play all three games in the reboot trilogy of Hitman with the VR from next week. As with the PlayStation VR version of Hitman 3, owners of Hitman 1 and 2 will be able to import the levels of those titles in the latest version to play the trilogy in virtual reality. Older games will also benefit from Hitman 3 improvements to rendering, animation and AI, again as stated by IO Interactive. Let’s see all the details about it in the next lines of this article.

Hitman: PC VR support for the computer version of the trilogy is coming, it is not yet known which devices will be compatible

Although he has yet to confirm exactly which devices VR will support the reboot trilogy of Hitman, IO has limited itself to stating, for now, that the titles “will support hardware PC most popular, ”with all the details coming ahead of launch scheduled for 20 th January. The VR trailer was also shown during Hitman 3’s year two reveal presentation, which can be watched below.

“We are super, super excited to finally be able to release the entire Hitman Trilogy and release it for the PC VR community,” senior game designer Eskil Mohl said during the presentation. Mohl explained that the launch was one of the main things the team wanted to do well, given the importance it has in the main chapters of Hitman. To do this, players aim with their left hand and then throw with their right.

“In a way it all worked out of the box,” he said. “Then we found that he had something more, that suddenly you could move from a sneaky or side throw, so you could be ninja-like if you wanted to, or almost like a juggler.”

IO Interactive also announced that a special bundle di Hitman Trilogy will be released next week. Hitman Trilogy will be released digitally on January 20 and will be available on Xbox Series X / S, PS5, Xbox One, PS4, Epic Games Store and Steam. The trilogy will also be available to subscribers to the service Xbox Game Pass for both console and PC from day one. As for the software house that took care of the Agent 47 games, the new title in the pipeline is Project 007, a title of which little is known about which will be the protagonist James Bond and will be strongly characterized by a rich narrative component. 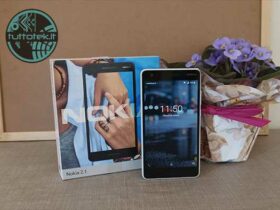 Social brain: from wireless to our behavior