Meta is testing the possibility for creators in social in virtual reality Horizon Worlds from sell items created within the metaverse. Digital creations will allow the most active users to earn money right away with a fund for creators, by trying out the virtual trading features. In the future, Meta will treat 25% of creators’ revenues.

Meta, in Horizon Worlds comes the sale of virtual items

Meta is testing new monetization possibilities within Horizon Worlds. Whether in virtual reality or not, a social network is successful if it finds successful content creators and the talent doesn’t stay on the platform for long without the possibility of earning.

For this reason one ‘handful’ of Horizon creators will have the opportunity to sell some items and contained within the metaverse. One possibility is that of provide VIP access to some virtual world sessions they created in Horizon Worlds. But there is also the possibility of offering items such as jewelry for avatars and other content created in virtual reality.

According to Horizon’s product marketing director Meaghan Fitzgeraldinitially users in the United States will be able to earn money from the fund from 10 million dollars created by Meta to reward the most active users. But it’s just a test: soon the earnings will come from selling content to other users.

Earnings for creators (and for Meta)

The introduction of purchases within the Horizon virtual world follows in the footsteps of products such as Roblox, which exploiting the creativity of the creators of the platform has created a winning business model. Not just for creators, who have a incentive to test the platform and create engaging products. But also for Meta itself.

In fact, for purchases on Horizon Worlds Meta twill pay 25%. Vivek SharmaMeta’s VP for Horizon, explains to The Verge that: “We think it’s a competitive rate in the market. We believe that other platforms can play their part ”. Although Meta has repeatedly criticized Apple for withholding 30% of app developer earnings, even the Meta’s Quest Store asks for a share of 30%. So the percentage that goes to the creators will be 75% of the remaining 70% after paying the percentage to the platform (we are just over 50%). This percentage on user creations could then be the form of monetization for the company too, which wants to start soon make active the budget of projects in virtual reality like Horizon Worlds (in order to attract other investors as well). But this it does not mean that there will be no advertising initiatives: Fitzgerald explains that “this could be an area we want to explore in the future”.

At the moment, however, Horizon has already launched some initiatives, such as a virtual world created with the chain of Wendy’s American Restaurants.

Bonuses and incentives for creators

In addition to activating the possibility of selling virtual objects in Horizon, Meta wants to further incentivize the creation of virtual worlds. In fact she wanted to present a program of “Goal-focused bonuses” for creating virtual worlds and objects.

Unlike payouts, bonuses will be paid out in full, with no percentage withheld by Horizon. And Sharma explains that they will reward creators whose worlds are most visited and loved by virtual social users. However, there is the clause ofadherence to Horizon Worlds policies: anyone who does not respect the rules will be removed from the program and will not receive payments. A response also to the criticisms on the behavior of some users on the virtual social network, which led to the introduction of new forms of control in the metaverse.

Since launch, Meta has announced the creation of over 10 thousand virtual worldswith over 300 thousand usersthe monthlies reached last February. The company wants to bring Horizon Worlds on too smartphone, potentially greatly expanding the clientele. But the worlds created will be the real engine of the platform: if the social in virtual reality is successful, it will also have to thank the creators. That they could earn by selling virtual items. 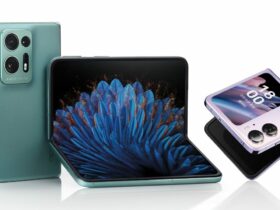