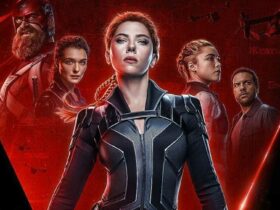 Less than two days after HBO announced that the spinoff of Game of Thrones titled House of the Dragon was in production, the first photos from the set of the series have leaked.

Thanks to the Daily Mail we can take a first look at Matt Smith ed Emma D’Arcy with the costumes: those of Prince Daemon Targaryen and Princess Rhaenyra Targaryen respectively.

The images show the two actors outdoors, on a deserted and sandy beach in Cornwall, England, where numerous scenes from the series will be filmed.

Emma D’Arcy wears a scarlet dress with long sleeves and a high collar, her silver hair wrapped in an elaborate puzzle of braids on her head. Matt Smith wears a dark blue doublet that falls to the knee, with high leather boots underneath and, like Rhaenyra, silver blonde hair pulled back in a half ponytail. The two characters appear to be engaged in a serious discussion, probably reminiscent of the disturbing political debates between Cersei, Varys, Littlefinger, and other characters from the parent series.

🚨 The first images of Daemon and Rhaenyra Targaryen in House of the Dragon. (via @HOTDBr) pic.twitter.com/BsRHoXPhP1

House of the Dragon: fan reactions to photos from the set

It is not clear how the images from the set have leaked, since the cast and crew are working in great safety, but the fact is that, as soon as they were posted on social networks, they immediately went viral, so much so that Targaryen immediately jumped to the top of the trends of Twitter.

Of course, the Game of Thrones fandom has begun to give the first opinions on the leaks, some very enthusiastic, others… definitely less.

There are those, for example, who still remember with bitterness the ending of the original series and the fate reserved for Daenerys:

Anyway all these pictures of Targaryen just make me think of the Targaryen that won my heart 🥺 pic.twitter.com/BNcxZlfPTx

We talk about Targaryen and I can only think of the havoc of the eighth season and the unjust end that they made my khaleesi do 🔥 pic.twitter.com/6RkEgYpIL1

Then there are those who remember with nostalgia the first season of Game of Thrones:

Matt Smith with the national Raphael wig as Daemon Targaryen who will fight in the dance of dragons wielding Darksister pic.twitter.com/xDNATcu8bI

How many are eager to see the Game of Thrones prequel spin off? 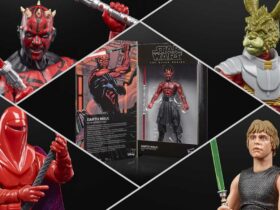