Have you changed the your old router? Don’t throw it away! It can still serve several other functions before ending up in landfill (please, e-waste). So we thought we’d suggest a few way to reuse your old router intelligently, amplifying your WiFi signal or taking the smart home to another level.

How to reuse and give new life to your old router

Maybe you switched to a home networking contract and the new vendor shipped you a snappy new router. Or have chosen to change it to have better performance, perhaps by choosing a router suitable for gaming. The fact is that you have one router too many and you want to understand how to make the most of it.

There are several possibilities, here are the most useful ones.

Some of the smartest ways to repurpose your old router take advantage of its best feature: broadcasting WiFi. Here’s how to make older hardware come in handy.

Does your Wi-Fi network not extend over the entire range of your home? Even if your router is well positioned for your smart working station, it may not be enough for the TV in the bedroom or the smart washing machine in the closet. Instead of buying extenders or powerlines, a second router might be a good alternative.

This means connecting the old router to the new wireless network, using the Wi-Fi signal, and then sharing network access by extending coverage. While there might be some latency issues, this is a Quick and easy way to extend your wireless network. Especially if you don’t have great performance expectations: it’s great for the smart home or maybe to watch a movie on your tablet in the garden.

If you often have people using wireless Internet in your home, why not provide them with your own network? It’s like the wireless repeater design, but with a small change. The router connects to the existing password protected network, but allows passwordless access to new devices, using the guest network function. By default, this prevents guests from accessing other devices on the network.

To increase security, you could work on the firewall of the new router. But after playing around with the settings a bit, you’ll have a comfortable “guest” network e you won’t have to dictate very long passwords to guests before dinner.

Most routers have no more than six Ethernet ports, but the number could go as low as four. What if you have multiple devices that need to be connected via Ethernet? If you run out of Ethernet ports, you can add more with a network switch. It’s basically a “strip” for home networking, with additional ports plugged into a router port. After disabling WiFi from your old router, you can plug it into one of the ethernet ports on the new one to have more ports to use. Some new routers may also be without ports (this can happen for example with 4G or 5G routers). If you need to connect Ethernet devices to your home network, a wireless bridge is the answer. It works a bit like a wireless repeater, but instead of sharing the Wi-Fi connection, the wireless bridge offers Ethernet. The old router connects to your existing Wi-Fi network – just plug your devices into the ports.

Reuse your old router for the smart home

Home devices are multiplying: from refrigerators to sockets, everything is becoming smart. Why not repurpose your router to make it easier manage your smart home?

Create a network just for the smart home

Most current routers allow you to set up a secondary network. Something interesting especially if you use technology for the casa intelligente e i gadget Internet of Things. If your current router doesn’t support an additional wireless network, you might want to set up your old router as a smart home and IoT-specific network. As with creating a wireless bridge, the router can be connected to the main network and then conconnect your IoT devices. In case of problems you can easily unplug it, while the firewall of the router can be used to configure the connections.

Use it as a hub for your smart home

With the right router, you can even build an automation hub. This requires a little more skills, starting with installing operating systems such as OpenWrt e DD-WRT sthe old router. This way you can install tools like Crelaywhich allows you to remotely turn on or control devices connected to your network.

For this particular use, however, you need the firmware OpenWrt o DD-WRT. Otherwise, no way.

In addition to improving the wifi signal and enabling the smart home, you can reuse an old router in many different ways.

Some routers can be configured to reproduce the radio Internet, if you are willing to install OpenWrt or DD-WRT custom router firmware. You’ll have to learn how to run some other software, you’ll have to have a I have a USB sound card to output audio. It’s not an easy project, but by following the right online guide, you can have a do-it-yourself internet-connected radio.

Create your own NAS at a low price

If you want to access your data from any device on your home network, you need a Network Attached Storage (NAS): simplifying a lot, hard drive connected to your network (more details in the guide below).

Again, you need a router capable of running custom firmware (like DD-WRT) and with at least one USB port. By connecting a hard drive to the old router that you’ve decided to reuse, you can save documents and photos from anywhere in the house. The VOur custom, homemade NAS.

Set up a web server You could even reuse your router to host a web page (very simple). A website just for home, intended to share vital information with family. Or a blog, as custom router firmware will support LAMP (Linux, Apache, MySQL, PHP). Then you might as well install WordPress.

It won’t have the performance to handle large traffic – so don’t use it for commercial projects. But it could be a good way to test themes and solutions web.

Old routers supported by Custom firmware can be configured with VPN software. By doing so, every device on your network will be protected by the VPN. You don’t need to install individual client apps on your PC or mobile devices when connecting to a VPN through your home network – a nice convenience. Some older routers have VPN provision, but it only works when they’re set to modem-only mode, so you won’t be able to use this feature on all devices.

Finally, you can reuse your old router for test network settings before applying to your home network, risk-free. Or you can sell it on a used site, or better yet donate it to some association who could exploit it: schools, charities and more. The road to the landfill, for your old modem, can still be very long. 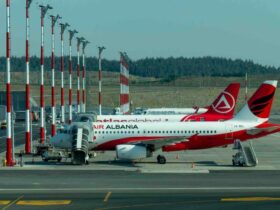