The usual warming up appointment is back in view of the Round One event, organized by IIDEA and Ninetynine: in this round the interviewees are the Italian brand managers of Riot Games and Ubisoft

Round One is an annual event dedicated to eSports organized IIDEA and Ninetynine, with the aim of promoting the discipline in Italy, attracting possible brands and investors who allow this sector (with increasingly less ignorable numbers) to grow as much as it deserves. In view of the 2021 edition, to be held in Turin on 5 and 6 October, various meetings have been organized to get a preview of what will be seen in the actual event, with various prominent guests who are invited to talk about this market. If last time we were able to see the partnership between the QLASH company and AC Milan that gave life to a new export team, in this tour the interviewees of this IIDEA Round One Warming Up They were Carlo Barone and Andrea Patrone, brand manager respectively of Riot Games in Italy and Ubisoft Italy.

For those who are not aware, IIDEA (in the past AESVI) is an association that promotes the growth and development of the videogame market on Italian territory. This objective is carried out through the organization of many different types of initiatives. In this case, relying on the marketing and communication company Ninetynine (specialized, among other things, also in organization of events), it was decided to create this event dedicated to the esports market, which in recent years has achieved numbers that, according to the organizers, can no longer be ignored.

As already mentioned, in this third webinar of the IIDEA Round One Warming Up, Carlo Barone and Andrea Patrone, respectively brand manager by Riot Games in Italy and by Ubisoft Italy. On the one hand, Andrea Patrone mainly deals with Rainbow Six Siege (being it the main eSport title of Ubisoft still currently supported), while on the other Carlo Barone deals mainly with League of Legends and Valorant.

Organized play and eSports – IIDEA Round One Warming Up: the eSports of Riot Games and Ubisoft

However, the role of the two brand managers is not limited only to eSports: as specified by Carlo Barone, if on the one hand the concept of eSports is linked more to a professional context, in which the players carry out a work activity, their focus is also concentrated on the so-called “organized play”, which are essentially minor (usually local) events, in which all players can participate freely. In Riot Games the distinction is therefore clear (the eSport sphere is managed from the Berlin office, while the organized plays are managed locally), unlike Ubisoft.

In fact, as explained by Andrea Patrone, Ubisoft does not adopt the same clear distinction: since these two concepts can easily become intrinsic, everything is managed in a united way. Organized plays can in fact be a great tool in train the professionals of tomorrow. By allowing any player to participate in smaller events, it allows the strongest of them to discover their true potential and to show off, so that they can make it possible for them to participate in even more important competitions.

It is no coincidence that, returning to Riot Games, it was decided to introduce the Tormenta Circuit also in Italy. For those not in the know, it is a circuit of national competitions open to non-professional players concerning League of Legends e Valorant. This circuit has already existed for some time in Spain, and given its excellent results obtained in numerical terms, it was decided to introduce it also in Italy, so as to offer players who are not (yet) professionals the opportunity to follow a specific path and then take the next step. 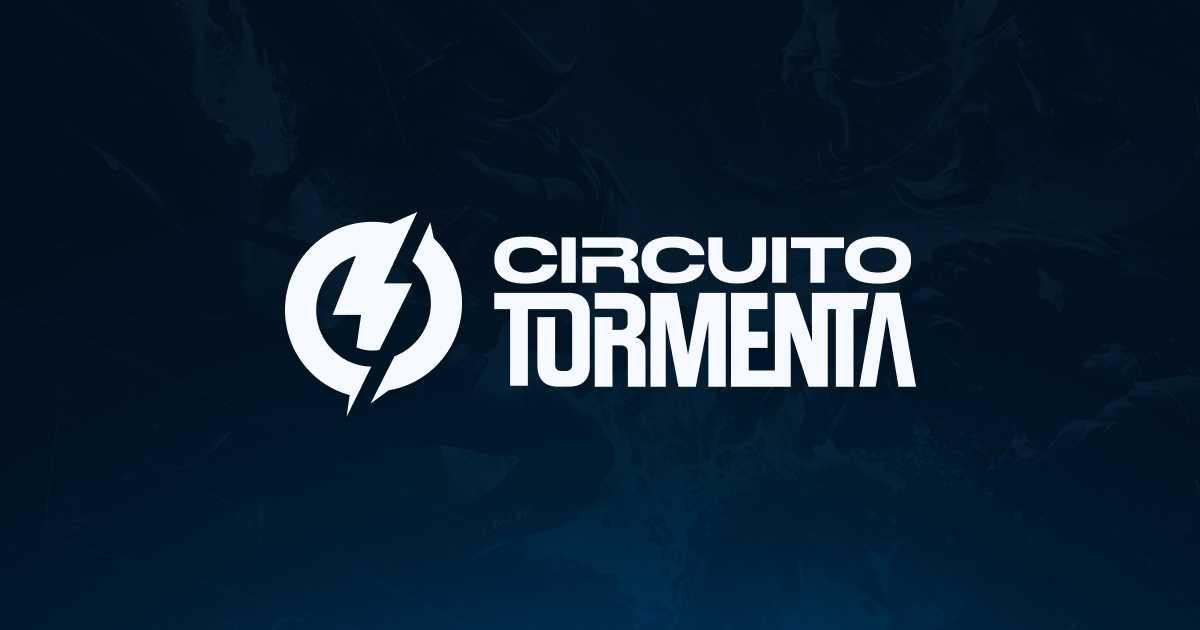 What inspires a player to participate? – IIDEA Round One Warming Up: the eSports of Riot Games and Ubisoft

Continuing during the interview of this third episode of Round One Warming Up organized by IIDEA, in which we were able to see a cross-section of the realities of Ubisoft and Riot Games in Italy, one of the topics addressed was the subject of stimulus which encourages players to participate in events and tournaments. Initially it was thought of the prize money as a means of main stimulus, but it was realized in the long run that it is seen as something distant and difficult to reach: it was therefore understood that, to attract a greater number of players, one must be able to formare community and of create continuity between the various competitions.

Andrea Patrone is the first to confirm this, also stating that Ubisoft, unlike Riot Games which has recently begun to take an interest in the Italian scenario, has not only managed to form a large Rainbow Six Siege community in Italy (which matters more than 2 million players), but has also achieved significant goals in the organization of events and competitions. National competitions should be mentioned, for example Go4, accessible to any player and active on the Italian territory almost continuously since 2016. Or just think of the final of the R6S Pro League 9, which took place in the Palazzo del Ghiaccio in Milan and for which they were sold well 1500 tickets in two days. Finally, we can also think of Mkers and the results of this promising Italian team, which for now has mainly participated in national competitions, but which has already managed to beat one of the best teams on the market at European level. 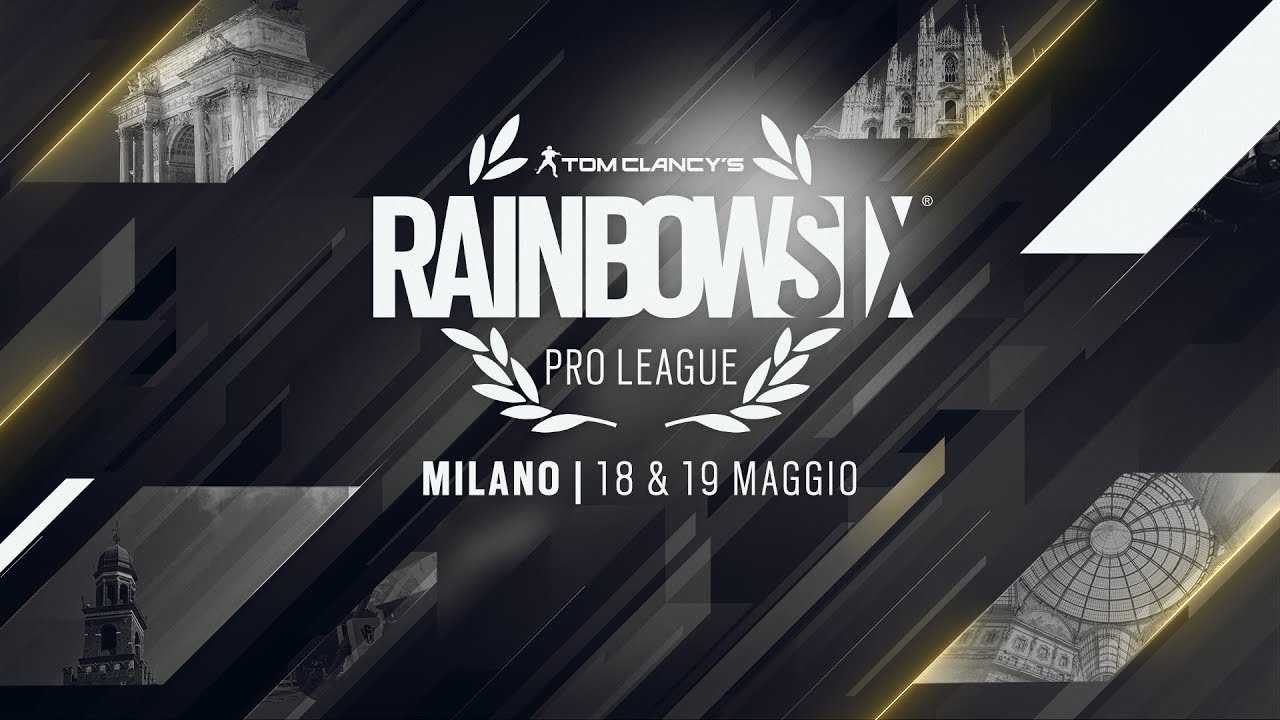 The importance of the brand – IIDEA Round One Warming Up: the eSports of Riot Games and Ubisoft

Being Round One an event largely focused on appearance as well business of eSports, the issue of the importance of brand, from different points of view. First of all, we asked ourselves how we can channel the attention of brands in minor events, rather than in large export competitions. The answer is soon said: investing in eSports or organized plays are two completely different possibilities, which offer different opportunities, and above all they are not mutually exclusive. If, for example, in an eSport tournament the brand is interested in the visibility that this tournament has among the public, as far as organized plays are concerned, it is the numbers that generate it. registrations and participants, which are absolutely relevant.

We also wondered what happens when the teams themselves become brands, or when they open up to new operations to grow even from an economic point of view. Just think, as an example, of the Mkers, who are official organizers of the BeSports, or the official export championship produced by Italian Serie B. It was concluded that, as long as these activities do not go against the main objective of the team, it is right to give them the right autonomy to grow in the best way. Even if it did happen, however, the responsibility should not be attributed to the team in question, but to the entire ecosystem, according to Carlo Barone.

Proceeding towards the conclusion of the Round One Warming Up of IIDEA, the two brand managers of Ubisoft and Riot Games were asked what are the best solutions to improve the esports system in Italy, obtaining two different answers from both. Andrea Patrone has placed the emphasis on professionalization of teams: since teams and players are essentially the raw material to feed this sector, it is important to be able to train real professionals. This responsibility for now falls mainly on tournament organizers, but the ideal would be to create an ecosystem they are not the only promoters of this professionalization. Carlo Barone has instead identified the main problem, according to him, to be solved to allow the growth of eSports in Italy: the lack of regulations. Proceedings must be facilitated from a bureaucratic point of view and not only, therefore it becomes of primary importance to introduce regulations that frame the players and eSports organizations from a legal point of view, according to the brand manager of Riot Games.

Having said that, we have now come to the conclusion. What do you think about these behind-the-scenes insights into esports? While waiting for your comments, all that remains is to invite you to stay tuned on the TechGameWorld.com pages for daily updates on all the videogame world and more. If you prefer to buy game keys at discounted prices, you can do so via our link to Instant Gaming.