Everyone knows iMessagethe app of iPhone which offers advanced communications and end-to-end encryption, in a technology that many app Android they tried to imitate without 100% success.

iMessage only works on Apple devices and not on Android ones

The success of iMessage is such that the same Google it would seem “terrified”. This was revealed by an article published on the BGR website in August: it seems that Google has asked for ad Apple to give up iMessage in favor of RCS support, also using a campaign called “Get The Message“.

Obviously the RCS support is not in the least comparable to that of iMessage, which is why until now Apple has turned a deaf ear, so to speak.

The problem posed for Android smartphones arises above all in the United States. In Europe, especially in ItaliaMessaging apps like WhatsApp, Telegram and Facebook Messenger make exchanging messages much easier. But in the United States the use of iMessage is massively felt, which is why Google is, according to some sources, terrified of it.

But where does this dispute arise? Basically by the fact that having no common support per iPhone e Android, iMessage only works on iPhones only. And also considering the high security standards of this app, many users have preferred to emigrate to Apple, abandoning their Android smartphones.

So many imitations gone wrong, but Sunbird promises miracles

There have been many third-party apps that have promised Android users an application that faithfully mirrors Apple’s iMessage. Yet all the experiments turned out to be holes in the waterat least until today.

Sunbird has announced the development of a beta version of iMessage for Android. The developers claim that it is the only app currently to have completely similar functions to its counterpart and to work all it takes is a ID Apple.

“We’ve solved 14 years of communication challenges associated with Android messaging,” he said Danny Mizrahi, CEO and founder of Sunbird Messaging, in a statement released to Apple Insider. “By inventing a new technology that offers Android users iMessage, they can enjoy the most popular functions and features that combine the best messaging apps that people use every day. One mailbox for all your messages.“

In the Sunbird roadmap there would also be the possibility of unify other messaging apps come Telegram, Whatsapp and Facebook Messenger, but not only. In the near future it could count too RCS, Instagram Messenger, Slack, Line e Discord.

In short, the developers promise miracles for Android users and who knows, maybe this time the Apple has really found bread for its teeth. 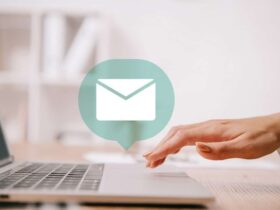